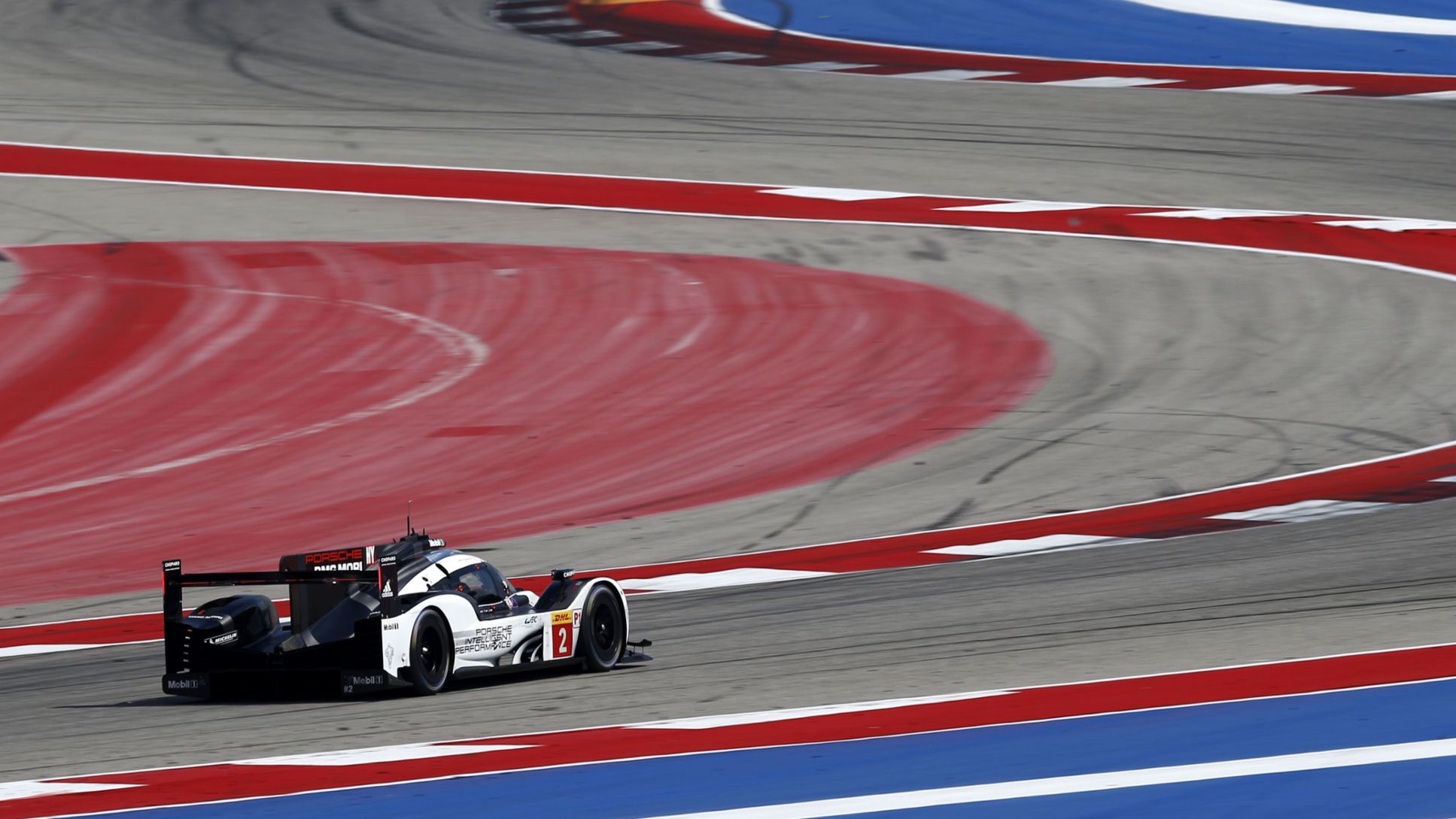 919 Hybrids to start from rows two and three

The two Porsche 919 Hybrids will take out on the track from positions three and five on the grid for the sixth round of the FIA World Endurance Championship (WEC) in Austin, Texas.

The race at the 5.513 kilometre long Formula One circuit will start on Saturday at 17:00 hrs local time (midnight in central Europe). It is expected to be a tough battle for men and machines: Ambient temperatures are clearly over 30 degree Celsius and it is an extra challenge to race from daylight through twilight into the dark – and all this in a very competitive environment in the battle for the championship and with heavy traffic, in which the fast Le Mans Prototypes have to find their way to constantly lap slower GT cars.

Fritz Enzinger, Vice President LMP1: “Qualifying proved what free practice suggested: Audi is extremely fast on a single lap. Tomorrow we expect a highly interesting race that – like we saw recently – might be thrilling until the very end. We start at 5pm to drive into the night. It remains to be seen what this means in terms of temperatures.”

Andreas Seidl, Team Principal: “Positions three and five are not what we had hoped for. Unfortunately we lost Romain’s best lap by not respecting track limits, and because of this we now have a Toyota between our cars. If you look at our fastest lap time, it’s not a big gap to Audi, but we found it difficult to put perfect laps together in those high temperatures. We believe we will have a good car for the race. Both 919s have run completely trouble-free so far. Dealing with different track temperatures in the race will be a decisive factor. Six hours in these hot conditions will be very challenging for the drivers and the team. We will now do our final preparations and are looking forward to a very exciting race.”

Drivers Porsche 919 Hybrid number 1
Timo Bernhard (35, Germany): “The result is not what we wished for. The track conditions were different to what we had this morning in the third free practice session. This is not only because it’s cooler now, but also because other racing series have been on track since then. So there was different rubber laid down and we felt that. P3 was the maximum we could do. Audi was really strong today, but tomorrow we want to strike back.”

Brendon Hartley (26, New Zealand): “It was a tricky one. The track changed quite a lot since FP3 and we were a bit surprised by the balance of the car. Both Timo and I had pretty scruffy laps. I had traffic on my first, which was annoying, and then I didn’t really get the most out of my second attempt. Now we have to scratch our heads a bit to find out were we lost the balance we were happy with earlier. However, we started from P4 in Mexico, where we won, and we were happy with our race pace here in free practice. Thanks to the team, the boys worked until really late last night.”

Drivers Porsche 919 Hybrid number 2
Romain Dumas (38, France): “On my first lap I had to overtake an LMP2 car, but by that time our car was already difficult to drive. I have no idea what was the reason for this. Bad luck – we will see now for the race.”

Neel Jani (32, Switzerland): “On the first lap I had real difficulties heating up the tyres. The second flying lap was better, but I had some understeer - actually more than we had before. We have to look into it now. The Audis were quick, but in the morning we thought they were within reach. Looking at our fastest lap time in qualifying, there isn’t too much of a margin.”

The race at the 5.513 kilometre long Formula One circuit will start on Saturday at 17:00 hrs local time (midnight in central Europe).