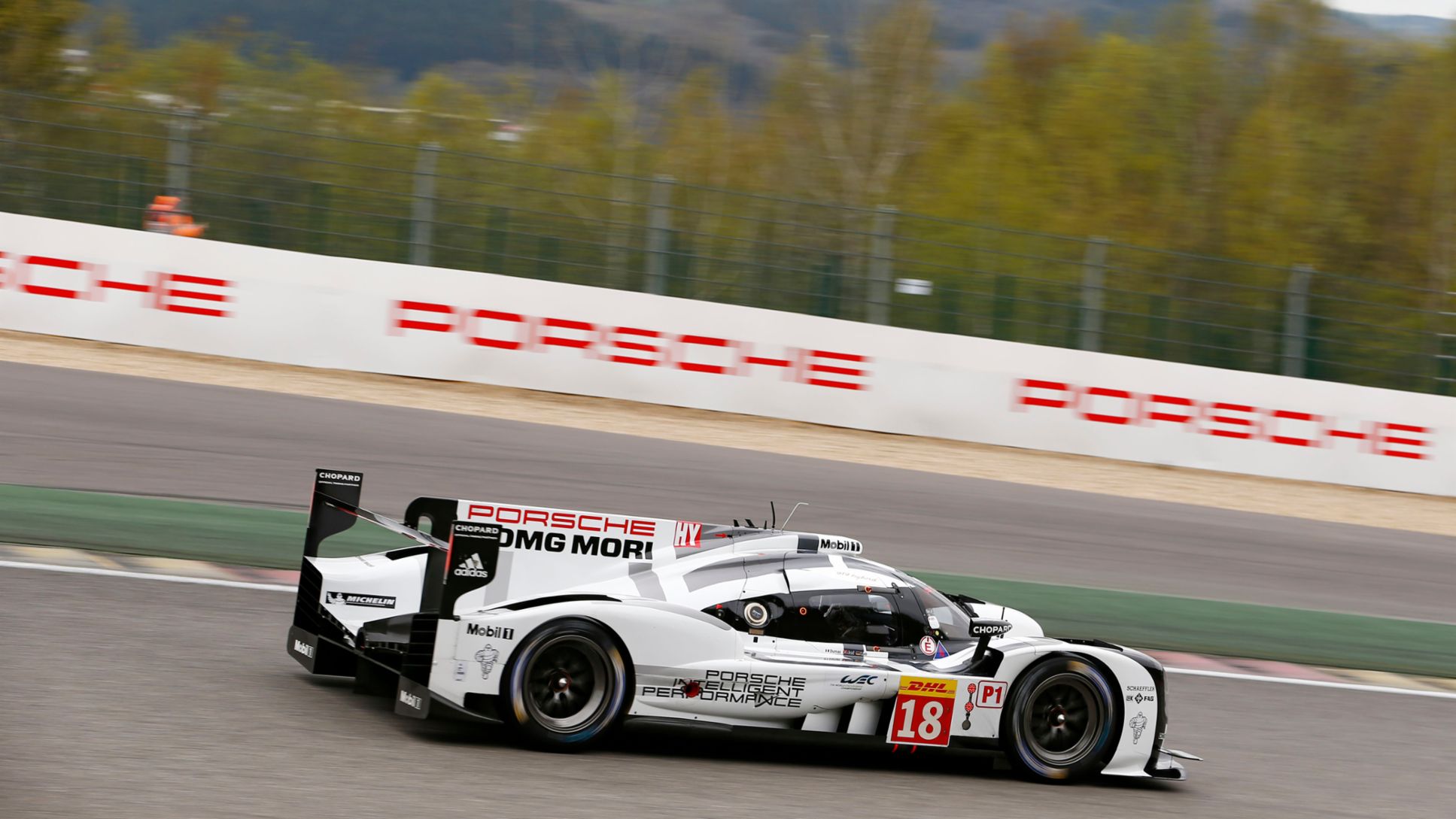 Coming first, second and third, Porsche has dominated the qualifying for the second round of the FIA World Endurance Championship (WEC) in Spa.

The performance of the sister cars underlined how strong the 919’s second generation is: LMP1 newcomers Nico Hülkenberg (Germany) and Nick Tandy (Great Britain) qualified second with car number 19 for tomorrow’s six-hour race. Neel Jani (Switzerland) and Marc Lieb (Germany) put the icing on the cake for the German sports cart manufacturer when they came third in their number 18 car.

In the WEC the average of the best laps of two drivers counts for the grid and Bernhard/Hartley achieved an average time of 1:54.767 minutes. This fairy tale time is almost six-and-a-half seconds faster than the pole time of Jani/Lieb from 2014 (2:01.198 mins), and is a new record for LMP1 in Spa. For the race Australia’s Mark Webber completes the driver line-up in their car.

For Hülkenberg/Tandy the clock stopped at 1:55.025 mins. Their third man in the race is Earl Bamber (New Zealand). The qualifying time of Jani/Lieb was 1:55.284 mins, and they share their car on Saturday, as usual, with Romain Dumas (France).

“This result is almost unbelievable”

Fritz Enzinger, Vice President LMP1: “This result is almost unbelievable and we have achieved it on what probably is the most demanding race track of the entire season. Congratulations and a big thank you to the team here in Spa and back home in Weissach for the fifth pole position in a row. We had huge respect for the challenge of entering a third car, but from the word go in free practice it went well. Now it is important to have a good race tomorrow and bring home all three cars. For the new car especially everyone involved needs to gain mileage and experience. We have to watch how the weather develops. However, after we saw the progress in the wet on Thursday, rain doesn’t scare us. The podium is the target.”

Qualifying results in the GTE class

Porsche Junior Sven Müller (Germany) and Kévin Estre (France) have proved their mettle in the Porsche 911 RSR. In the qualifying for round two of the Sports Car World Endurance Championship WEC on the Circuit de Spa-Francorchamps on Saturday, the pair set the sixth fastest time in the GTE-Pro class.

This season, Sven Müller normally competes in the Porsche Mobil 1 Supercup and drives at selected rounds of the Carrera Cup Deutschland. Kévin Estre won the Carrera Cup Deutschland in 2013. In the second 911 RSR campaigned by the Porsche Manthey squad on the storied circuit in the Ardennes, Porsche factory pilots Frédéric Makowiecki (France) and Richard Lietz (Austria) posted the seventh quickest time.