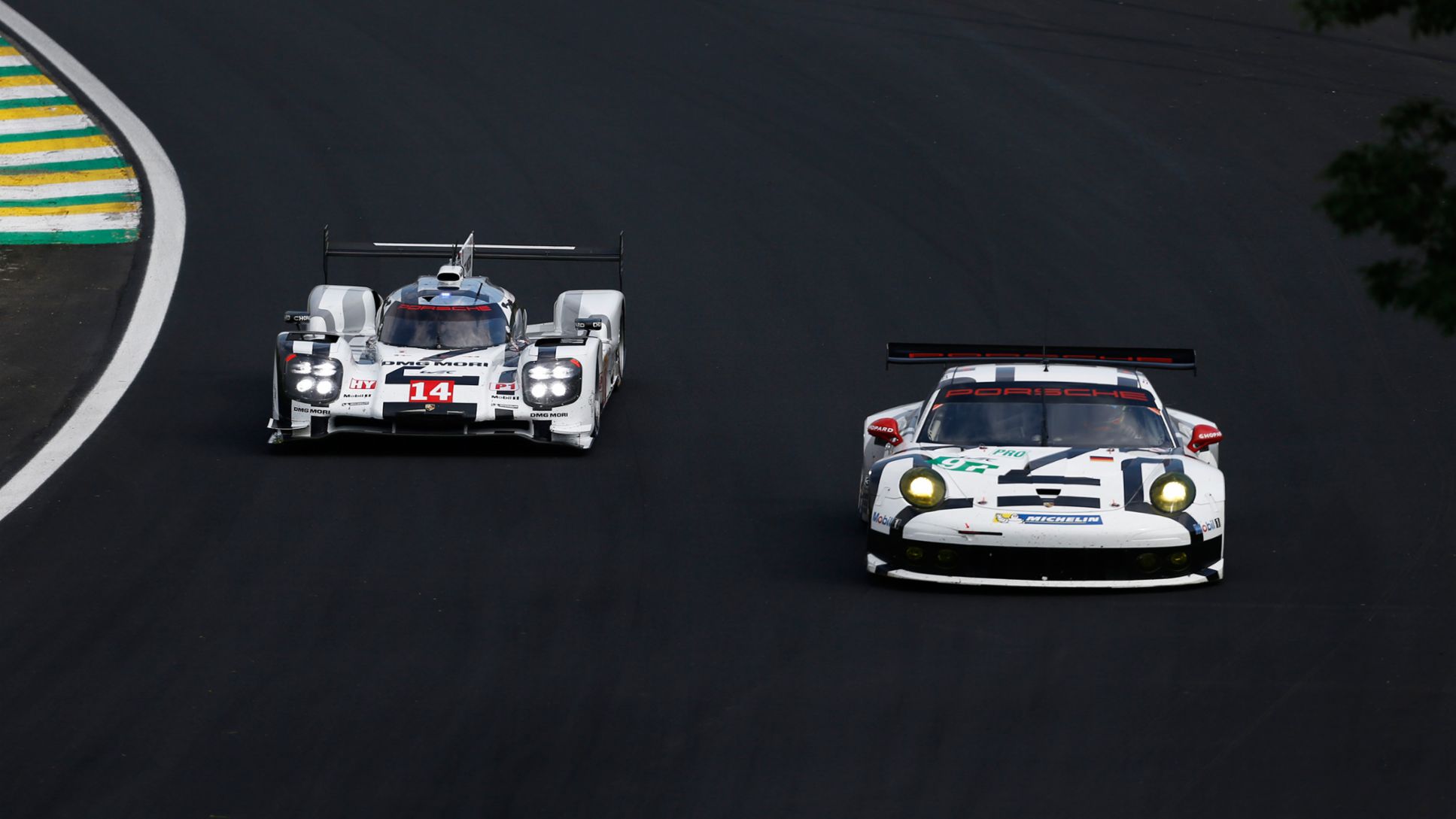 On Monday and Tuesday next week (27-28 July) Porsche will prepare for the fourth round of the FIA World Championship (WEC).

Following its victory at the Le Mans 24 Hours, the Porsche 919 Hybrid will be driven for the first time on the Nürburgring. In action on the renowned German racetrack will be one of the innovative prototypes which, by combining a two-litre four-cylinder turbocharged engine with brake and exhaust heat recovery systems recuperations, produces a combined power of about 1000bhp. On Monday Timo Bernhard (34, Germany) and Romain Dumas (37, France) will share the testing duties at the wheel of the Le Mans prototype, for Tuesday Dumas and Marc Lieb (35, Germany) are scheduled to be in the car. The main focus of the test sessions is on preparations for the six-hour race at the Nürburgring on 30 August, as well as generally for the second half of the season with races in Austin (USA), Fuji (Japan), Shanghai (China) and Sakhir (Bahrain).

The Nürburgring-based Porsche Team Manthey will also use the testing opportunity at the “ring”. The team will test the GTE-Pro-class 911 RSR. Furthermore the Dempsey Proton Racing team, with race driver and actor Patrick Dempsey (49, USA) at the wheel, will also be testing the RSR. In Le Mans Dempsey, alongside Porsche factory driver Patrick Long (33, USA) and Marco Seefried (39, Germany), finished the race in second place in the GTE-AM class, which was the best result of his career so far.

The test days at the Nürburgring, which will also be attended by many other WEC teams apart from Porsche, are of a lot of interest for fans as well as journalists. On both days spectators will be allowed free access to the T3 grandstand. On Tuesday members of the press are welcome in the paddock, but must apply in advance for accreditation. Patrick Dempsey, Timo Bernhard and Andreas Seidl, Director Race Operations LMP1 for Porsche, will take part in the WEC press conference on Tuesday, at 12:00 in the business lounge (segment 1) next to the grandstand.

“After the overwhelming one-two result in Le Mans we are very exited to finally be able to present the Porsche 919 on the racetrack in front or our home fans,” explained Fritz Enzinger, Head of Department, LMP1. “Our main goal obviously will be to thoroughly prepare for the six-hour race at the Nürburgring. This season’s last European round once more promises a fascinating race with the likelihood of a very close finish. From now on we are concentrating on winning the world championship and we are doing this thanks to a lot of support from our fans.”