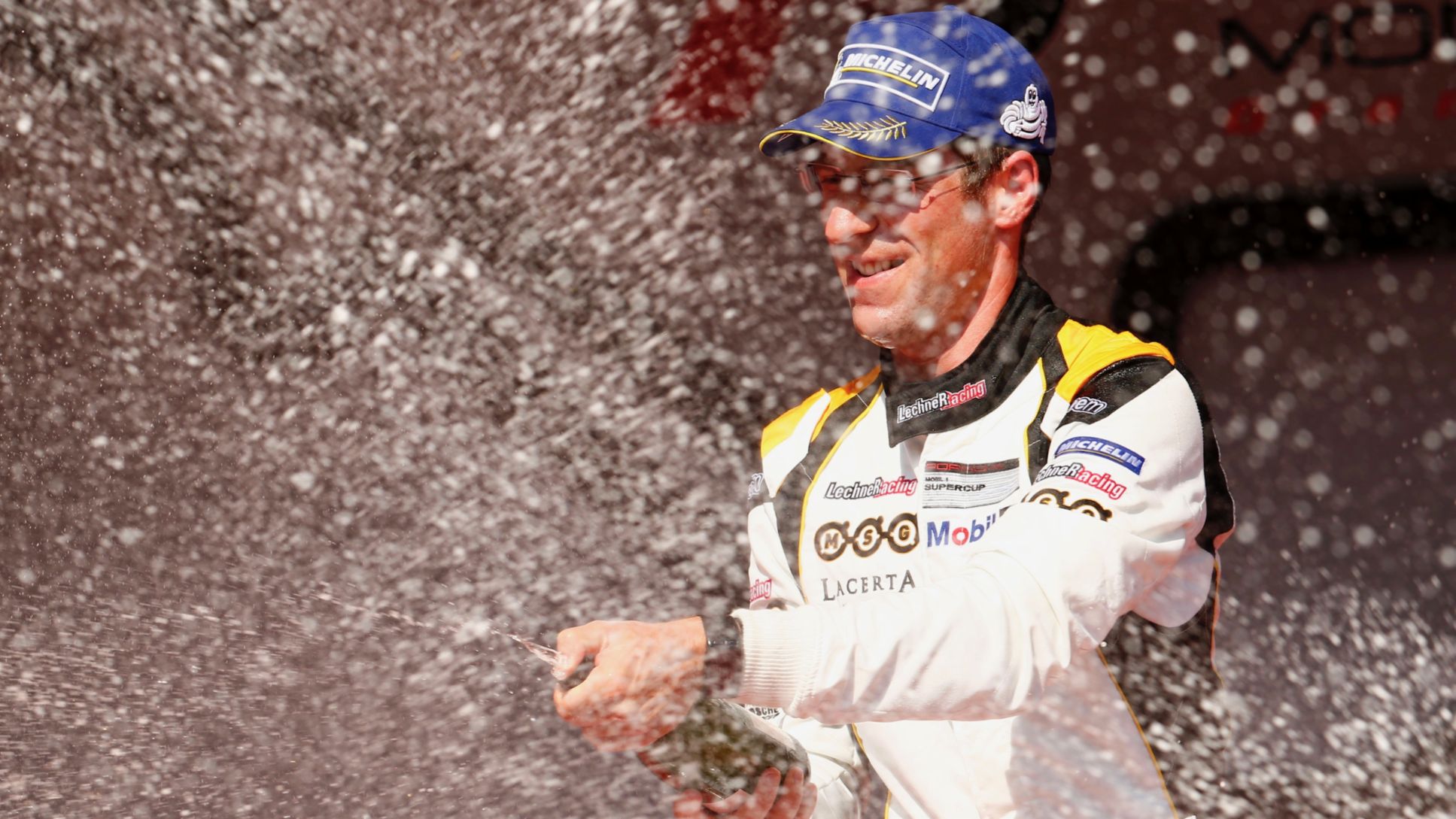 To meet Michael Ammermüller away from the racetrack at his parents’ waste management company in the Bavarian town of Neuburg/Inn, one could hardly imagine that he is one of the fastest GT drivers on the racetracks of the world.

With his frameless glasses and hair parted carefully to the side, the 31-year-old doesn’t exactly look like someone who could catapult a 911 GT3 Cup to the front of the Porsche Mobil 1 Supercup sprint races. With his combination of levelheadedness and tenacious punch, the unfailingly polite and humble ex-Formula 1 test pilot stamped his mark on the season – and fulfilled a dream by winning the Porsche Mobil 1 Supercup championship.

Ammermüller had waited long for this day to come. This year’s Porsche Mobil 1 Supercup campaign is his sixth. Everything finally came together for the 1.8-metre seasoned specialist from the Lechner MSG Racing Team, and he won with a seven-point advantage over runner-up Dennis Olsen (N/Walter Lechner Racing Team). Ammermüller is the 18th champion in the 25-year history of the Porsche Mobil 1 Supercup.

Fast and steady wins the race

Despite winning the title, the Passau-born pro remained cool, calm and collected. He is a man who follows the success formula: Fast and steady wins the race. When his rivals get twitchy with nerves, Ammermüller maintains his composure. At the wheel of his Porsche 911 GT3 Cup, he secured four convincing victories, took the trophy home and was usually back at his desk in his office at 7am Monday morning. If time allowed, the trained master mechanic and economist has always taken a two-tracked approach. “You never know how things develop in motor racing,” explains Ammermüller. He learned this painful lesson when he was simply dropped as a Formula 1 test driver after a serious accident.

His consistency earned him the title

However, Ammermüller fought his way back into the motor racing scene. He attracted sponsors who appreciate his down-to-earth nature. Motorsport veteran Wal- ter Lechner signed him on and in 2017 turned him into a winning driver who takes his rivals head on. Ammermüller set the tone at the very start of the season with three wins in succession: at the doubleheader in Barcelona, and – with a hint of pride for a change – at the legendary street circuit of Monaco. Another win in Budapest followed and all in all he secured six podium results. Ultimately, it was his consistency that earned him the title.

Contesting the Porsche Mobil 1 Supercup, the Porsche Carrera Cup Deutschland, the ADAC GT Masters with a Porsche 911 GT3 R as well as selected VLN rounds this season, the professional driver has little time for hobbies. To clear his head, Ammermüller goes cycling. When he leaps on his racing bike and heads out fromhome, he usually doesn’t return for three hours. This is normally in the evening after work or as soon as he arrives at the racetrack. While other drivers familiarise themselves with the racing line on foot, he checks out the braking points on his bike. When he’s seen enough, the southern Bavarian ups his revs and clocks himself against other cyclists per GPS App around the racetrack. Competition, whenever possible – in this regard, Ammermüller is indeed a typical racing driver.