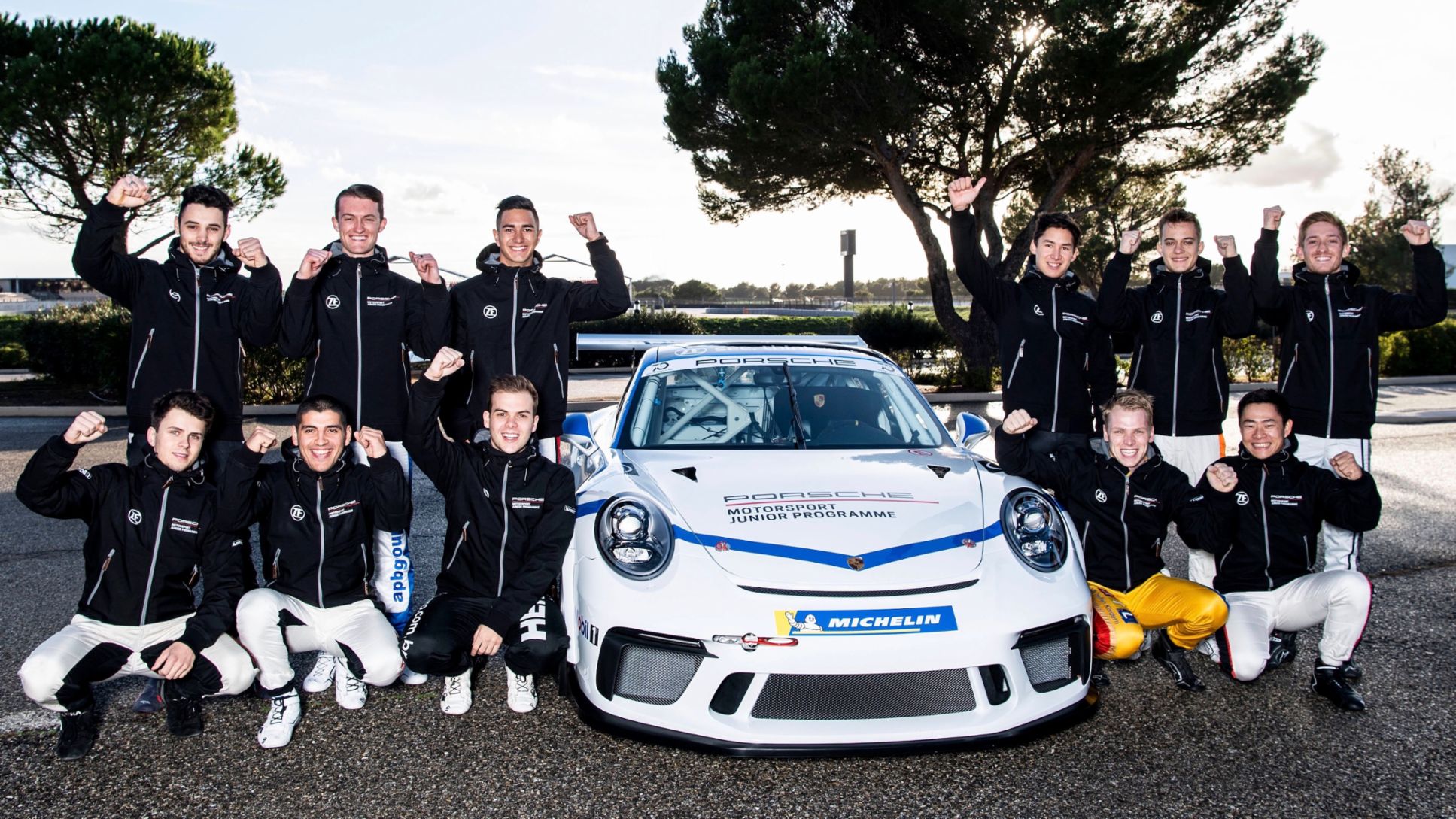 Eleven young upcoming racing drivers dream of taking the next step in their motor racing careers – to be accepted into the Porsche Motorsport Junior Programme. In their bid for this, the talented youngsters took part in a three-day selection process in the southern French town of Le Castellet.

In addition to setting consistently fast lap times, the candidates focused on working with the Porsche engineers. On the 3.862-kilometre Circuit Paul Ricard near the Côte d’Azur, the aspirants competed against each other in identical 485 hp Porsche 911 GT3 Cup racers. The international line-up of participants was nominated to take part in the shootout by the national Porsche one-make cup series around the world. The winner, who will be announced in a few weeks, receives support as a Porsche Junior for their 2019 Porsche Mobil 1 Supercup campaign.

The new Porsche Junior receives 225,000 Euro towards next season’s Porsche Mobil 1 Supercup, which is run as a support series to Formula 1. In addition, Porsche Motorsport provides the successful applicant with a comprehensive training programme to become a professional racing driver. Aside from coaching on the racetrack, this support includes psychological training and media relations as well as an extensive fitness regime.

Ayhancan Güven from Turkey is turning heads in two Porsche one-make cup series: The young driver from Istanbul clinched both titles in the Porsche Carrera Cup France and Porsche GT3 Cup Challenge Benelux. Setting the benchmark from Down Under was Jaxon Evans. The New Zealander won the Porsche Michelin Junior Programme Australia and secured first place in the Porsche Carrera Cup Australia. Dylan O’Keeffe also comes from Australia’s one-make cup. In his homeland, the 20-year-old concluded the season in third place. Gianmarco Quaresmini represents Porsche Carrera Cup Italia and took home the championship title this year. Moreover, the 22-year-old from Brescia in Italy has underlined his potential at several Porsche Mobil 1 Supercup races.

Scouting initiatives have a long tradition at Porsche

“We’ve seen from the shootout that there are some very talented youngsters in our
worldwide Porsche one-make cups. At Le Castellet we simulated a complete race
weekend. Moreover, all drivers underwent medical examinations and had to prove
themselves in interview situations in front of the camera. Now we’ll analyse all the
data to see who has the greatest potential,” said Jennifer Biela-Moll, project manager of the Porsche Motorsport Junior Programme. 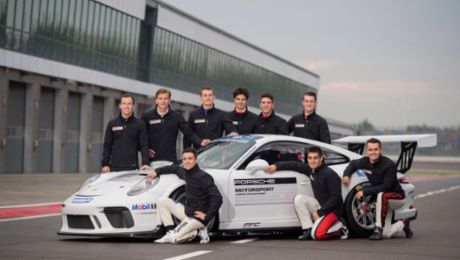 Nine drivers have just one goal: to become professional racers – and preferably with Porsche. 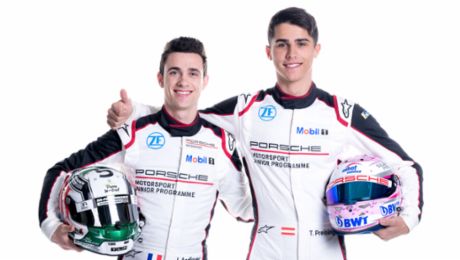 Thomas Preining and Julien Andlauer have selected their teams for the 2018 Porsche Mobil 1 Supercup season.