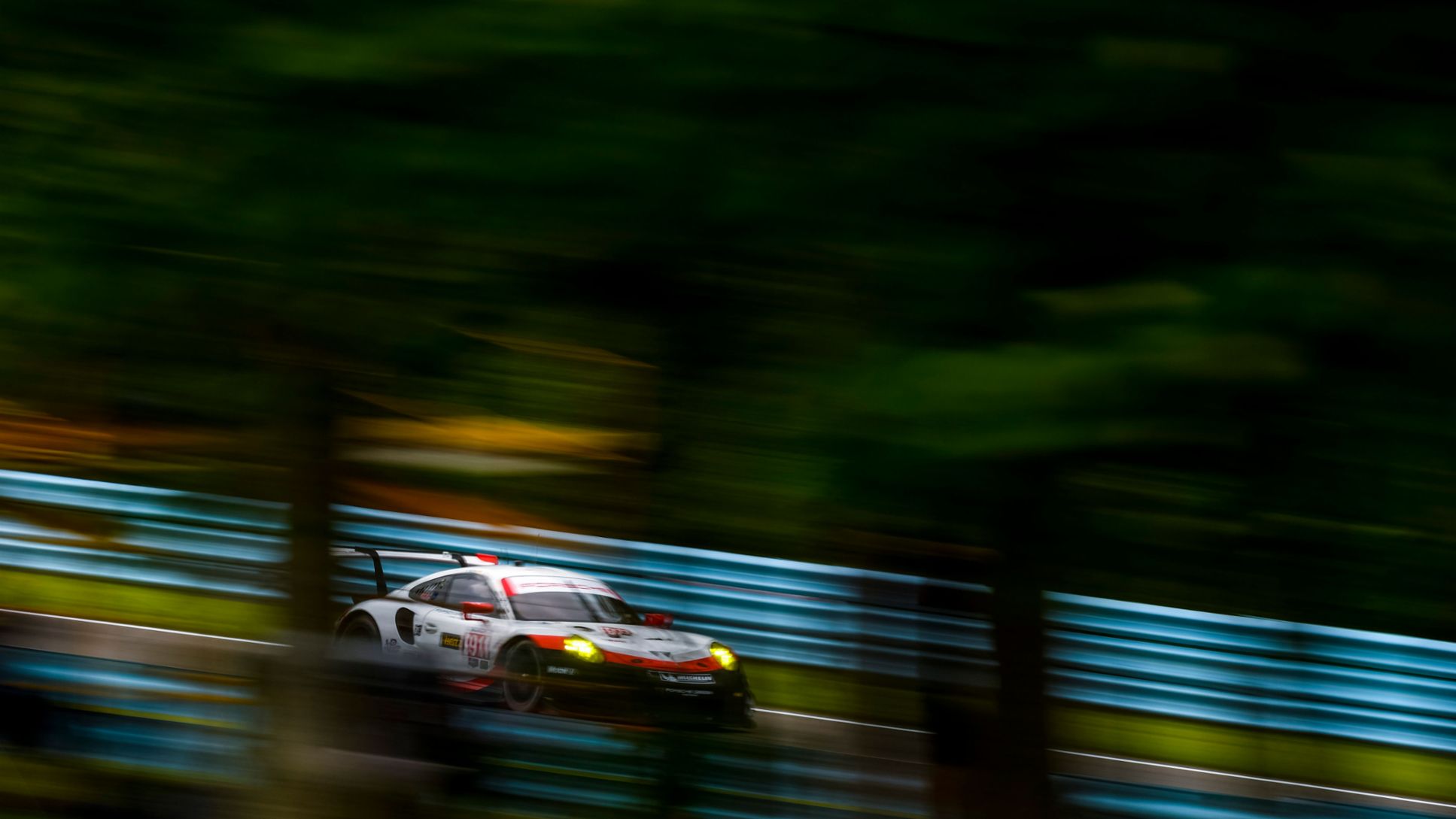 At the six-hour race in Watkins Glen, the best Porsche 911 RSR starts from the third grid row.

In the fiercely competitive qualifying for the prestigious long-distance classic in the US state of New York, Patrick Pilet (France) planted his #911 Porsche 911 RSR on the fifth grid spot in the GTLM class. His teammate for round five of the IMSA SportsCar Championship is Dirk Werner (Germany). In the second 911 RSR fielded by the Porsche GT Team, Laurens Vanthoor (Belgium) clocked the seventh fastest time. He shares the cockpit of the number 912 car with the new Porsche works driver Gianmaria Bruni (Italy) who contests his first race with the 911 RSR in Watkins Glen. The enormously cutthroat competition in this class makes the fight for pole position gripping to the last lap of this classic on the storied 5.472-kilometre race track. At the end of the qualifying session, the eight GTLM contenders were just seven-tenths of a second apart.

Marco Ujhasi, Overall Project Manager GT Works Motorsport: “We pulled out all stops in this qualifying. We’re relatively satisfied with this result, even though we definitely lost one or two tenths of seconds. Pole position was out of reach, the cars in front are too fast. We hope that we can draw on the advantage of consistency in the race, but it won’t be easy. We’ll try our best.”
Patrick Pilet (911 RSR #911): “That was a difficult qualifying. Nobody knew exactly how the track would look after the rain, so that, too, made the whole thing a game of chance. We took a gamble as well and tried out a higher tyre pressure. That went well for the first two laps, but ultimately, when the track was at its best, we didn’t have the necessary performance. Fifth on the grid isn’t bad. The race is long and a lot can happen.”
Laurens Vanthoor (911 RSR #912): “This qualifying didn’t go optimally for us. We had to run on hard tyres but they didn’t offer enough grip. It simply didn’t work. But that doesn’t mean much for the race. We have a good car and can post faster times from lap to lap. I’m feeling very confident.”