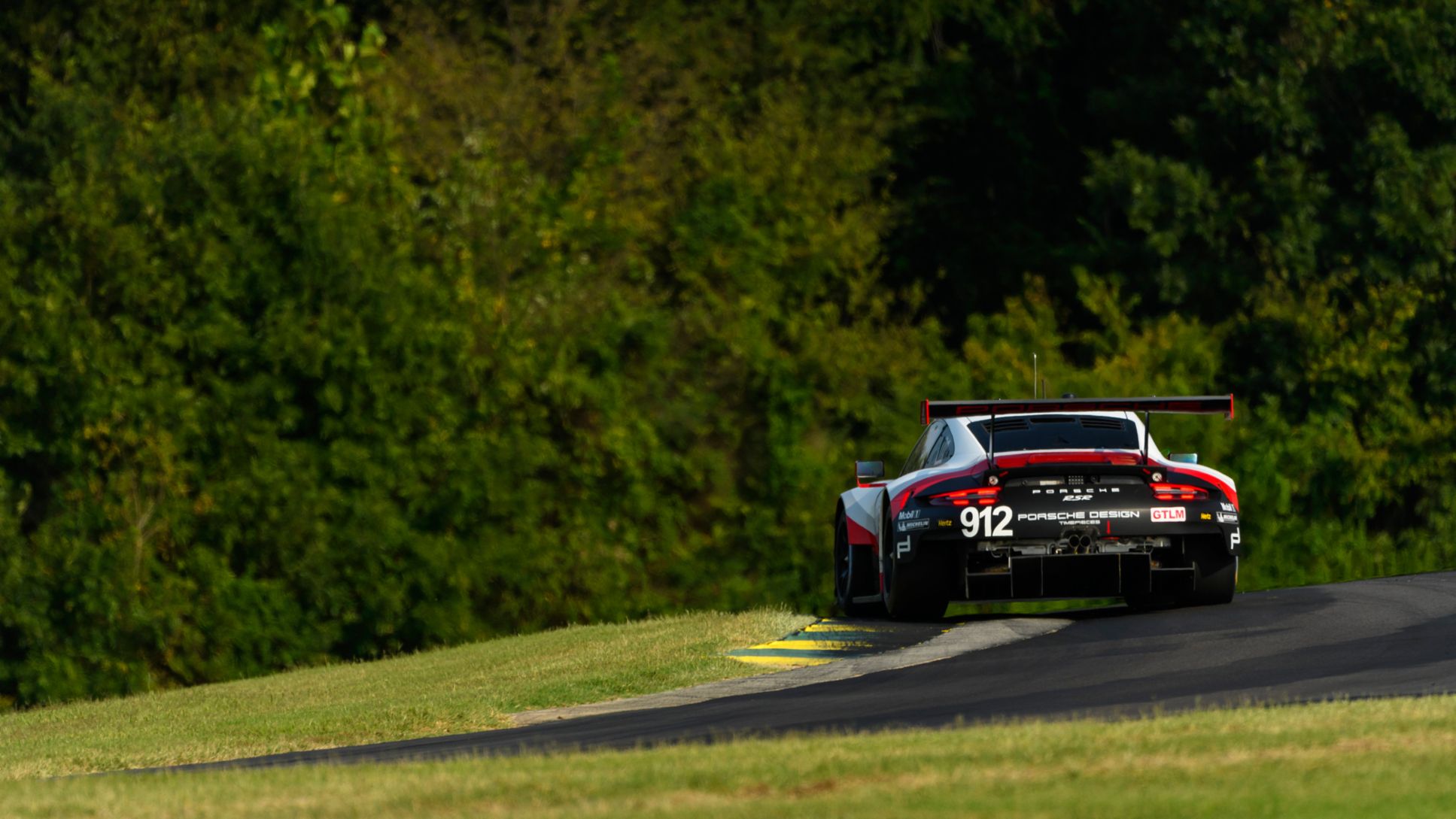 Difficult qualifying for the Porsche 911 RSR

On the Virginia International Raceway, the best Porsche 911 RSR takes up the third to last race of the IMSA SportsCar Championship season on Sunday from the fourth grid row.

After scoring its first victory at Lime Rock and second place at Road America, the race car now faces another difficult challenge against the strong competition in North America’s premier sports car series. In the qualifying on the tradition-steeped 5.263-kilometre racetrack close to Danville in the US state of Virginia, Laurens Vanthoor (Belgium) clocked the eighth fastest time in the #912 Porsche 911 RSR. His teammate is Gianmaria Bruni (Italy). In the second 911 RSR fielded by the Porsche GT Team, Dirk Werner (Germany) occupies the ninth grid spot with the #911 car. With Patrick Pilet (France), he scored the maiden victory for the GT racer on 22 July, which had been designed from scratch by Porsche Motorsport in Weissach.

Marco Ujhasi, Director GT Factory Motorsports: “That was the difficult qualifying session we were expecting – and unfortunately that was the expected outcome. Still, we not totally disappointed. The team worked well. We didn’t get things 100% right today, but almost. In the race, we’ll do our utmost to make up some positions. It won’t be easy, but we’ll fight.”

Dirk Werner (911 RSR #911): “This result is obviously hard to accept. Engine performance is critical on this racetrack, and in terms of top speed we’re not looking as good as our competition at the moment. This’ll definitely be a tough race for us. We need to try and get through as well as we can and use our perfect strategy to make up a couple of places. That has to be our goal.”

Laurens Vanthoor (911 RSR #912): “This might sound strange, but my fast lap was almost perfect. The 911 RSR ran well and I didn’t make a single mistake. Still, there wasn’t a lot we could do today, and it won’t be easy in the race either. Even the GTD cars are not that much slower than us on the straights, and it’ll be very difficult to overtake them.”