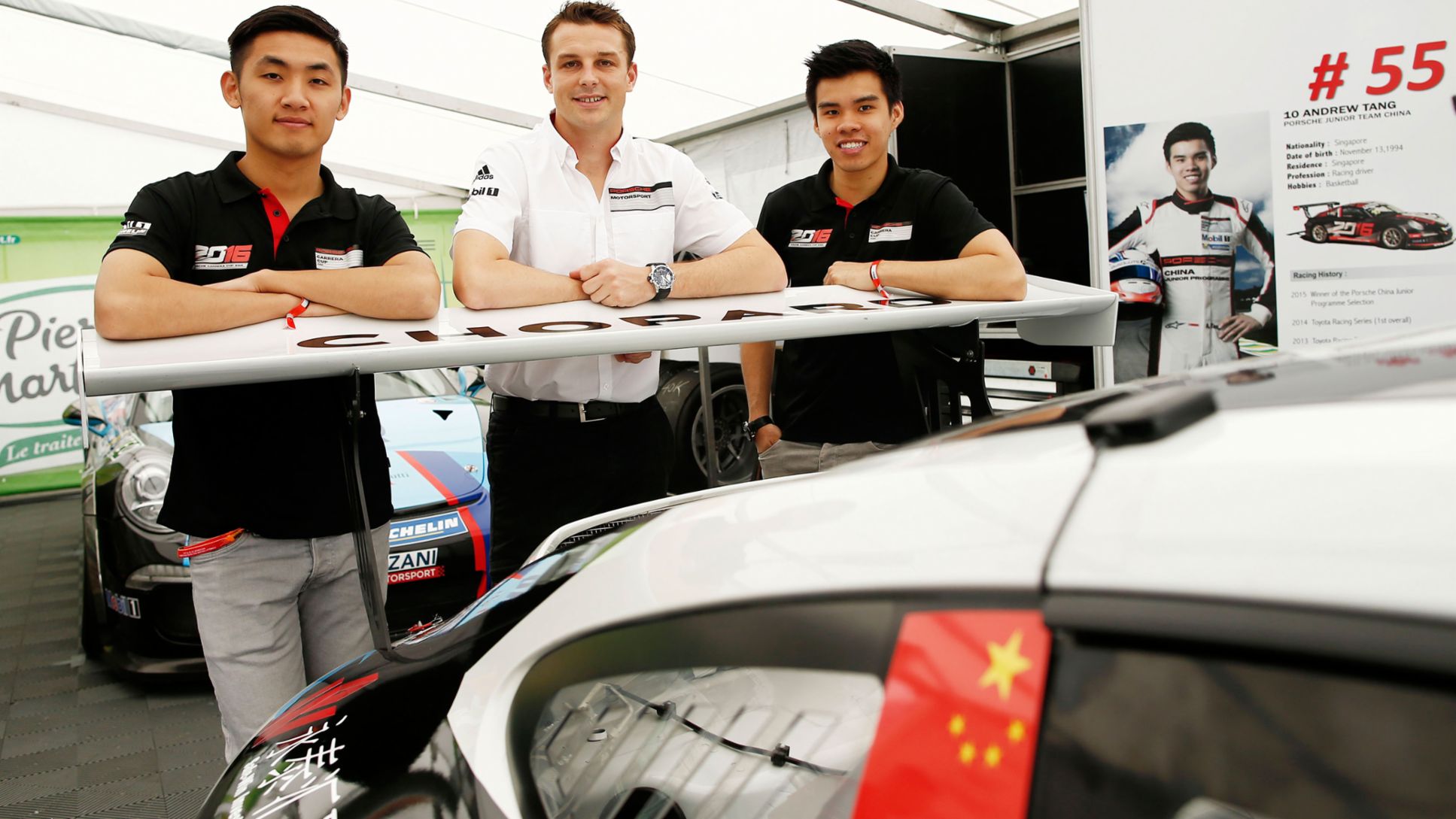 A croissant and a whole-grain roll for breakfast may seem normal for a German, but for someone from China it is something quite unusual. However, Andrew Tang and Zhang Da Sheng seem to enjoy it. “For my motorsport career I spent a season in Italy last year,” declares the 23-year-old Da Sheng. “I’ve already contested a single-seater season in Europe,” says 21-year-old Tang. Nevertheless, the two Porsche Carrera Cup Asia regulars decided to tackle something new in the Porsche 911 GT3 Cup at Hockenheim. “I regard the Porsche Mobil 1 Supercup as the most competitive one-make cup in the world. Things work very differently here compared to Asia,” proclaims Tang, who currently ranks third in the Asian championship.

In the Supercup, every team has at least one race engineer who exchanges information about the vehicle setup with the drivers. After every session on the track, feedback is expected from the drivers – and this is something that the two guest pilots first have to get used to. But Tang and Da Sheng are impressed. “The level is high, but it’s fun to drive here,” says Tang. “That’s the advantage of our international Porsche brand trophy pyramid. Drivers from the national cups can compete in our series at any time and measure themselves against the best Porsche pilots. We’re also thrilled that the Porsche juniors get the chance to exchange information between themselves,” explains Oliver Schwab, the Porsche Mobil 1 Supercup Manager.

Moreover, the Asian pilots have a high profile coach in Earl Bamber, the 2013 and 2014 champion of the Porsche Carrera Cup Asia, winner of the 2014 Porsche Mobil 1 Supercup as a Porsche Junior, and the 2015 Le Mans victor as a Porsche works driver. “When I work with drivers I always try to respond to them individually and in this way share some of my experience. My last Supercup season was only two years ago so it’s all still very fresh,” explains Bamber with a laugh.

“This was a great chance for our two drivers to check out the Supercup as the next career step. The standard in the series is extremely high but Andrew Tang and Zhang Da Sheng (both from the Porsche China Junior team) performed well and scored 13th and 18th place respectively. I’m curious to see how they apply the new insights on their return to Asia. The two have definitely learned a great deal,” concludes Alexandre Gibot, Manager Motorsport Porsche China, after the weekend.