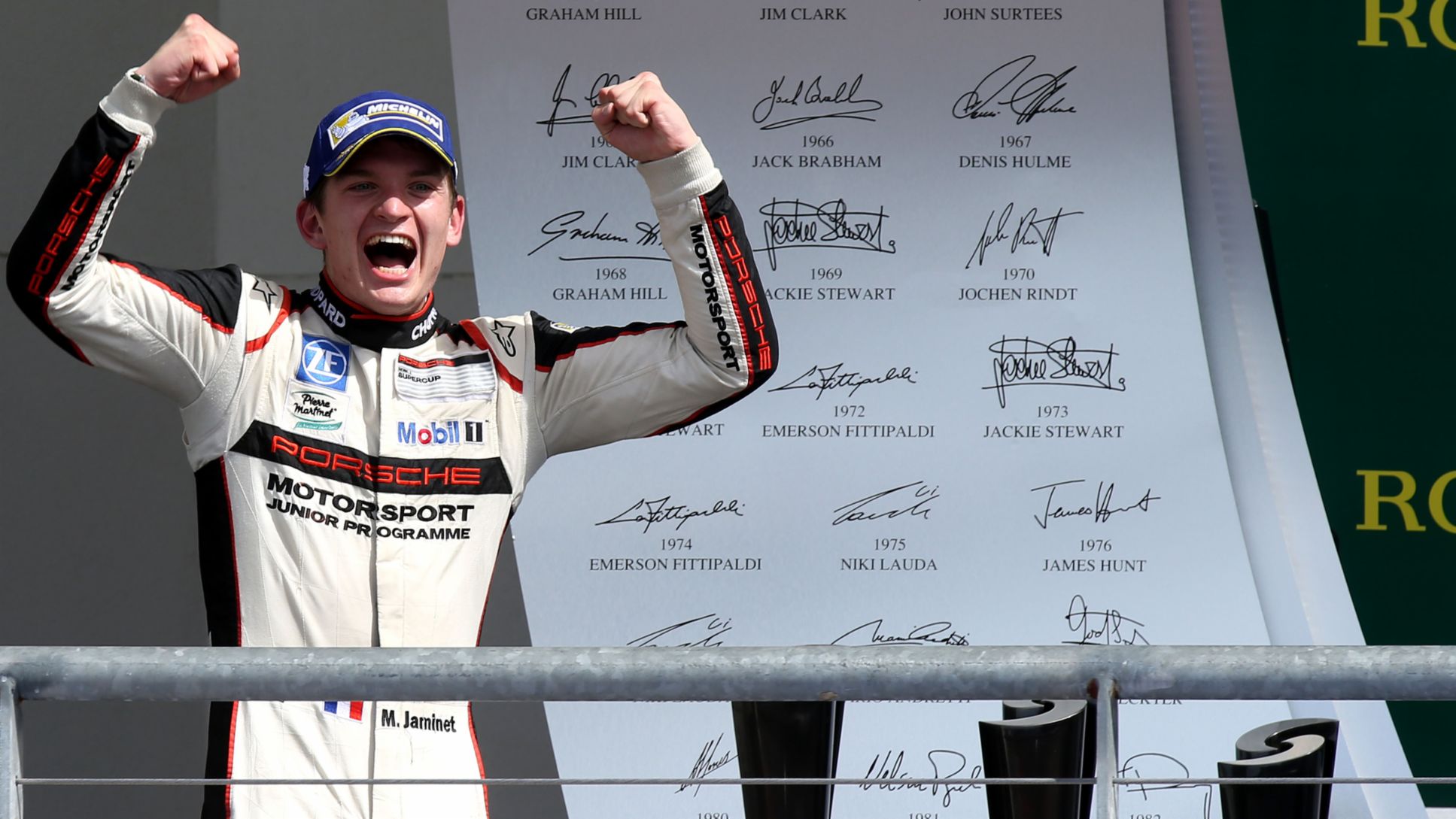 Mathieu Jaminet has won the last race in Austin. But Sven Müller secured the title of the Porsche Mobil 1 Supercup. The Porsche junior finished eighth to take home the championship crown.

The Porsche Mobil 1 Supercup has a new champion: The 24-year-old German Sven Müller secured the title of the international Porsche makes cup at the season finale in Austin, USA. The Frenchman Mathieu Jaminet (Martinet by Almeras) won the last race in his Porsche 911 GT3 Cup in front of Cairoli and Jeffrey Schmidt (CH/Lechner Racing Middle East). Within one week, Sven Müller has clinched both the Porsche Mobil 1 Supercup and the Porsche Carrera Cup Deutschland. “Right now I’m the happiest and most grateful person on the planet. To win two titles was my greatest dream. I could only believe it once I had crossed the finish line, then adrenaline rushed through my body. I’m absolutely thrilled,” said a euphoric Müller, who contested the Supercup for the Lechner MSG Racing team.

Under cloudy skies and in temperatures of 24 degrees Celsius, the 27-strong field with drivers from 14 nations took off into the tenth round on Sunday. Starting from pole position, Jaminet managed to fend off his pursuers to bring home a lights-to-flag victory. “That was my most exciting Supercup race ever. Matteo Cairoli put me under extreme pressure, but I won and can now look back on a great season as a rookie. Three wins, three pole positions and six podium results. I’m completely happy with that,” said Jaminet.

Fights to the very last lap

The spectators at the Circuit of the Americas witnessed one of the most spectacular races with fights to the very last lap. Cairoli, who took up the race alongside Jaminet on the first grid row, kept the leader under pressure and attempted to pass him. “I’m pleased to have been on the podium, but I’d actually hoped to go home with the title after this weekend. Now I’m going to have a holiday and afterwards my world will hopefully look different,” said a disappointed Cairoli.

The drivers behind the Jaminet and Cairoli also delivered action-packed duels over the 14 laps. Behind the pair, Schmidt secured the third podium step. Robert Lukas (PL/Förch Racing by Lukas Motorsport) finished on fourth, with Michael Ammermüller (D/Lechner MSG Racing Team) taking the flag in fifth ahead of Christian Engelhart (D/MRS GT-Racing) on sixth. The American guest driver Alec Udell, who competed for the Moorespeed squad from Austin, yielded seventh place in the very competitive field ahead of Müller. The title favourite knew full well that he was only one point off taking home the title, hence he drove with extreme caution and kept out of all the duels.

Thanks to consistent performances, Müller distinguished himself over the course of the season with eight podium finishes from ten races: He won three rounds (in Spielberg, Silverstone and Budapest), finished second four times and third once. He set pole position once. His championship rival Matteo Cairoli (I/Fach Auto Tech) won four races (Barcelona, Monaco, Hockenheim and Monza) but went home from several races empty-handed. Due to his retirement while leading at race nine on Saturday in Austin, Cairoli was robbed of the all-important points. Ultimately, Müller scored the title with 162 points with runner-up Cairoli on 151 points. Jaminet, who had already claimed an early rookie title at Monza, ranked third overall with 146 points with three wins (in Spa and a double victory at Austin). The Lechner MSG Racing team netted a clear win in the team classification with drivers Müller and Ammermüller.