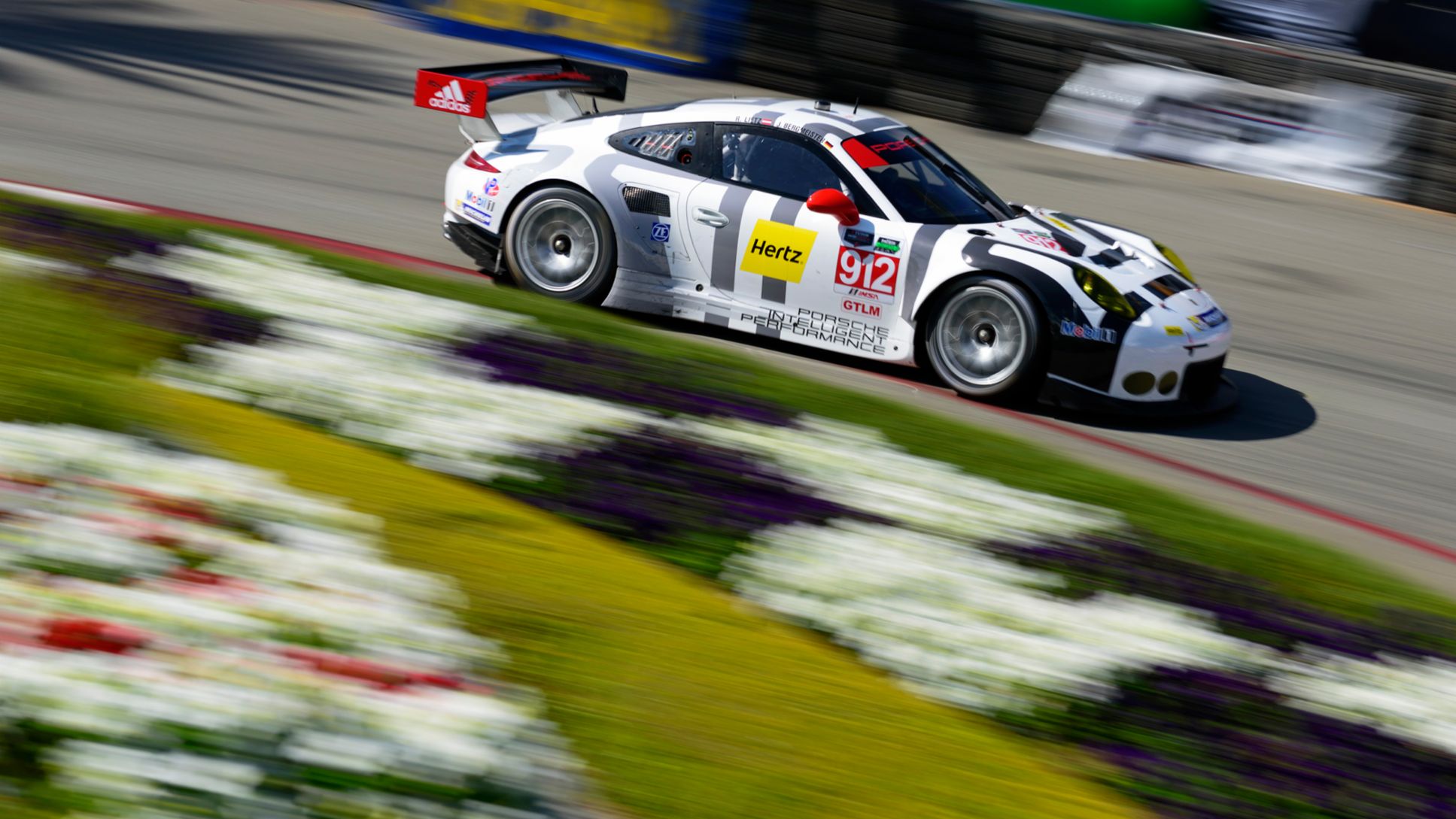 Only two-tenths of a second have separated the French Porsche works drivers from a podium result on the Long Beach street circuit in California.

At the wheel of the #911 Porsche 911 RSR campaigned by Porsche North America, the pair of Frédéric Makowiecki and Patrick Pilet has yielded fourth place in the GTLM class after a spirited pursuit in the hotly-contested race. In the cockpit of the 911 RSR fielded by the Falken Tire customer team, Porsche factory pilot Wolf Henzler (Germany) and his American teammate Bryan Sellers were flagged off in sixth. Recently the two scored third at the twelve-hour classic in Sebring.

In a collision in the first corner after the start, the second Porsche North America-entered 911 RSR, driven by Porsche works drivers Richard Lietz (Austria) and Jörg Bergmeister (Germany), was badly damaged. After repairs in the pits, the number 912 car returned to the race 15 laps down. The duo ultimately crossed the finish line in eighth place.

Dr. Frank-Steffen Walliser, Head of Porsche Motorsport: “We made the best out of the number 911’s unfavourable starting position and made up three places. But the race was simply not long enough to also get past the Corvette. All in all, the team’s performance was strong. It’s too bad about the accident for the 912 car at the start. But in true sporting spirit we continued despite the large gap. Jörg did everything he could with the somewhat dented car.”

The Tudor United SportsCar Championship is a sports car race series contested in the USA and Canada which was run in 2014 for the first time. The series was formed from the merger of the American Le Mans Series and the Grand-Am Series. Sports prototypes and sports cars start in four different classes: GTLM (GT Le Mans), GTD (GT Daytona), P (Prototype) and PC (Prototype Challenge). The Porsche 911 RSR runs in the GTLM class, with the Porsche 911 GT America contesting the GTD class.

With a driving time of just 100 minutes, Long Beach is the shortest race for the GTLM class in the Tudor United SportsCar Championship. Round four is contested on 3 May at Laguna Seca/California. Due to the Sports Car World Endurance Championship WEC being held at the same time in Spa-Francorchamps/Belgium, the Porsche works driver Michael Christensen (Denmark) supports Patrick Pilet in the #911 Porsche 911 RSR as well as Jörg Bergmeister as the second driver in the 912 car on the dune circuit close to Monterey.