Before the 24 hours of Le Mans: Porsche CEO Matthias Müller on brand identity and motor racing as an ideal testing laboratory.

Matthias Müller: No, certainly not. But of course we have respect for all the tasks facing us. And we're pleased at the end of the year when we can look back on a good year. 2014 already belongs to the past, now we need to try to get the best result we can for 2015.

Porsche is pretty much a sure-fire success at the moment. That said, do you really need a marketing instrument like motorsport?

Motor racing isn't just a marketing instrument for us, motorsport is first and foremost part of our brand identity.

It's not all that long ago that your company regarded motorsport purely as a waste of money.

Anyhow, it is not enough to just keep talking about past successes. Of course, we have a glorious motor racing history. Porsche won Le Mans sixteen times. But even a glorious past does fade, eventually.

In motorsport there is always just one winner and lots of losers.

You have to see that from a sporty perspective. Our race cars are certainly always also technical laboratories on wheels where future innovations are tested.

Definitely. There are plenty of examples of features that have gone from the racetrack to production vehicles. The plug-in hybrid is the most recent.

Ok, but you could also have this effect in Formula 1, and Formula 1 has greater significance for motorsport fans than the World Endurance Championship.

That might have been true in the past. But it's a fact that there is currently a dramatic fall in the number of Formula 1 viewers. However, the crucial point is that endurance races are certainly much better suited to our technical objectives.

And a WEC race for at least six hours. Or even 24 hours in Le Mans. In Le Mans we drive more than 5000 kilometres during one race. Or a more striking comparison: Formula 1 needs a whole season to cover the Le Mans distance.

That's certainly what we think at Porsche. And every layman also understands why: it's a big difference if the material is subjected to stress under extreme competition conditions for an hour and a half or for a full six hours. And as already mentioned, in Le Mans we have an extreme 24 hours. For our engineers there are worlds between these stress levels. And this does not only apply to the stability of the material used; it also applies first and foremost to the assessment of the durability and functionality of new technical solutions which we are able to thoroughly test in race cars during endurance races.

In terms of technical development, your WEC involvement is focusing first and foremost on the subject of electric drives at the moment...

That's quite right. The large amount of freedom offered by the rules and regulations for hybrid drives and the long endurance distances make the WEC the ideal development environment for drives of the future.

With its well-positioned range of production vehicles, you could call Porsche a plug-in hybrid pioneer.

We believe in this technology that might even be more than a bridging technology in the long term. Clean, zero-emission driving with electric drive over short distances and an efficient combustion engine without range problems – that's exciting automotive technology!

Now you just need to convince the customers.

Don't worry. Porsche drivers are often technology avant-gardists. And the electric motor in our plug-in systems does not only make for clean driving over short distances: if required, the boost function can significantly increase the propulsive power. It's no coincidence that Porsche is in a leading position when it comes to the development of plug-in vehicles. 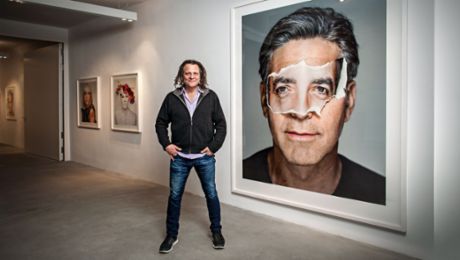