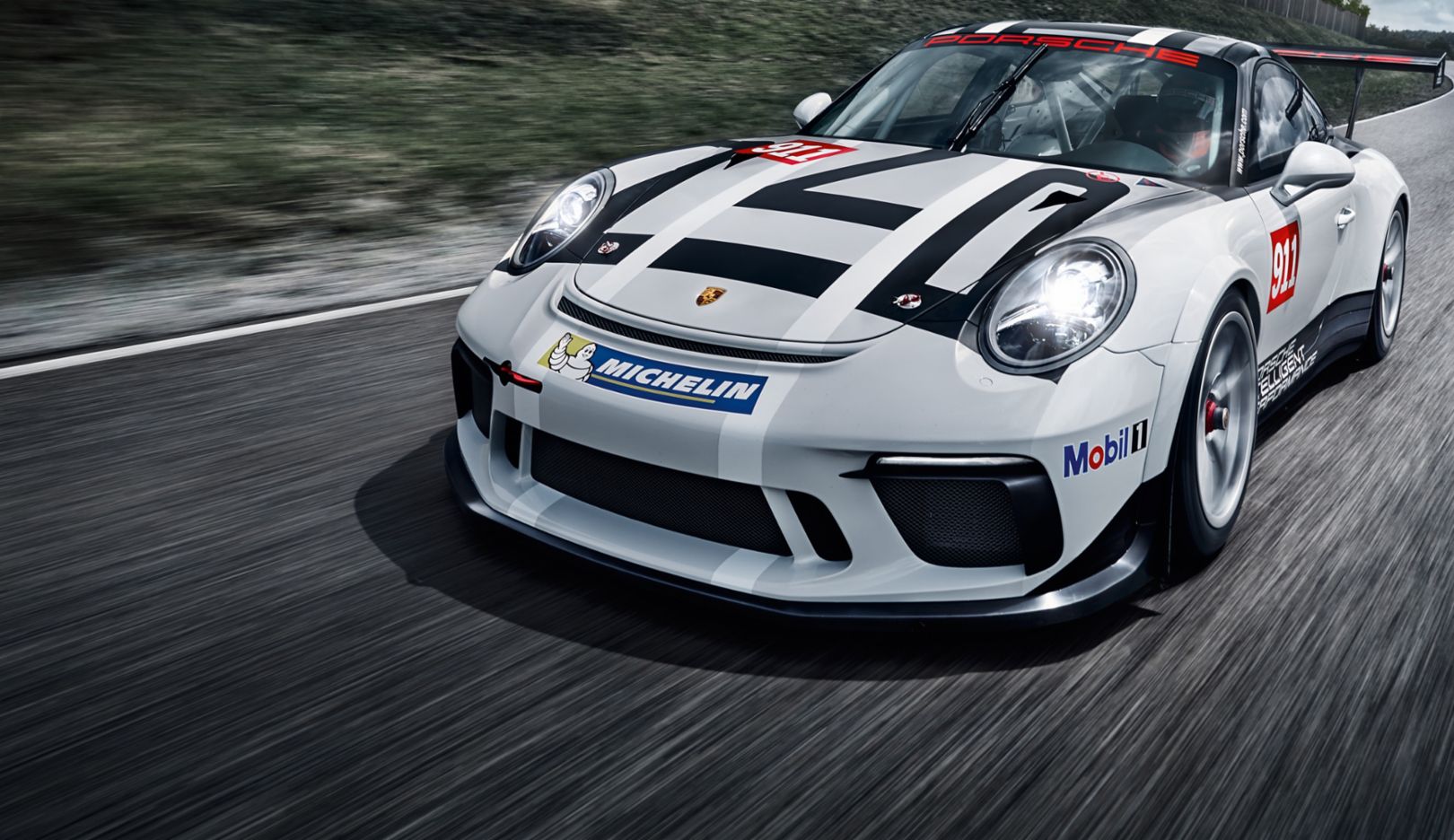 The Porsche Carrera Cup Deutschland heads into the 2017 season with a 25-strong field of new Porsche 911 GT3 Cup racing cars.

The racer, which was unveiled to the world in October 2016 in Paris, created a strong demand in Germany’s oldest one-make race series. After the first test runs over the last few days, drivers and teams were immediately impressed with the new engine and improved aerodynamics. The race calendar consisting of 14 races within the premier setting of the DTM and the ADAC GT Masters has been expanded to include an extra event as part of the Sports Car World Endurance Championship (WEC) at the Nürburgring (14 to 16 July). The Porsche Carrera Cup will run alongside the Porsche Sports Cup under the title “Porsche Motorsport Race Weekend”. Although this round does not yield championship points, the grid lineup of more than 50 different Porsche racing vehicles promises plenty of action.

“We’re very pleased with the great response and we’re looking forward to welcoming the old and new Carrera Cup teams as well as the many ambitious drivers from professional and amateur sectors. I look forward to what is sure to be a gripping season. Racing as part of the WEC weekend will definitely be a highlight,” says the new manager of the Porsche Carrera Cup Deutschland, Oliver Köppen.

The race series kicks off on the first weekend in May with rounds one and two at Hockenheim, followed by a joint event with the DTM and the ADAC GT Masters on the Lausitzring (19 to 21 May). Races five and six are contested on the rollercoaster Austrian racetrack of Spielberg as part of the ADAC GT Masters. The Norisring hosts rounds seven and eight as part of the DTM and therefore is invariably sold-out. After a summer break, the Carrera Cup travels to the Nürburgring (DTM) in September followed by the Sachsenring (ADAC GT Masters) a week later. As in previous years, the season finale is held on the Hockenheimring together with the DTM.

2017 marks the maiden Carrera Cup season for Porsche Junior Thomas Preining. To become a Porsche junior, the 18-year-old Austrian beat over one hundred other applicants in a multi-level selection process. He competes for the Konrad Motorsport team, which clinched the championship title last season with Sven Müller. Müller succeeded in climbing the career ladder into professional racing via Porsche’s one-make series, the Carrera Cup Deutschland and the Porsche Mobil 1 Supercup. Last November, Porsche signed the German on as a works driver to contest, amongst others, the ADAC GT Masters and the Super GT in Japan.

With a comprehensive TV and media package in collaboration with the stations n-tv and Sport 1, as well as live-streaming, reports on news and sports sites and comprehensive social media coverage, the Porsche Carrera Cup again enjoys high visibility on all channels. The professional organisation of the race series has also impressed the logistics provider, Agility, which supports the Porsche Carrera Cup Deutschland as an official partner starting this season. 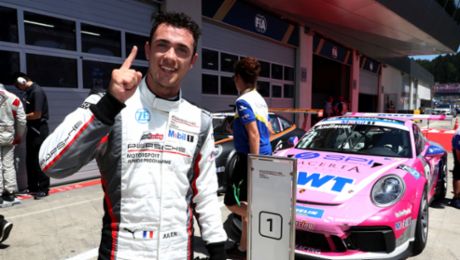 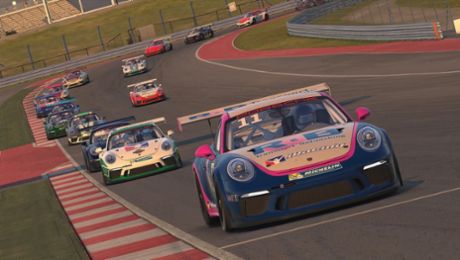 With full speed across the finish line: Porsche is supporting a new esports car racing series. 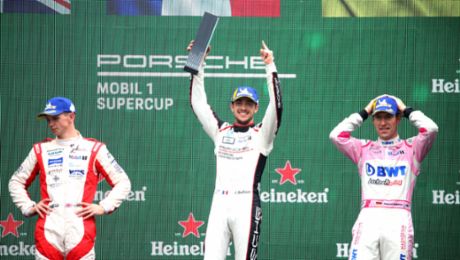 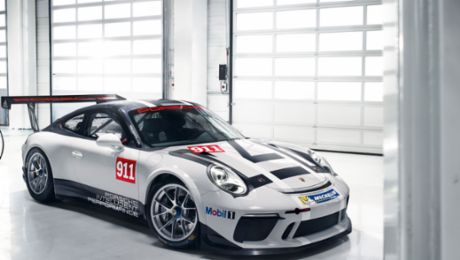