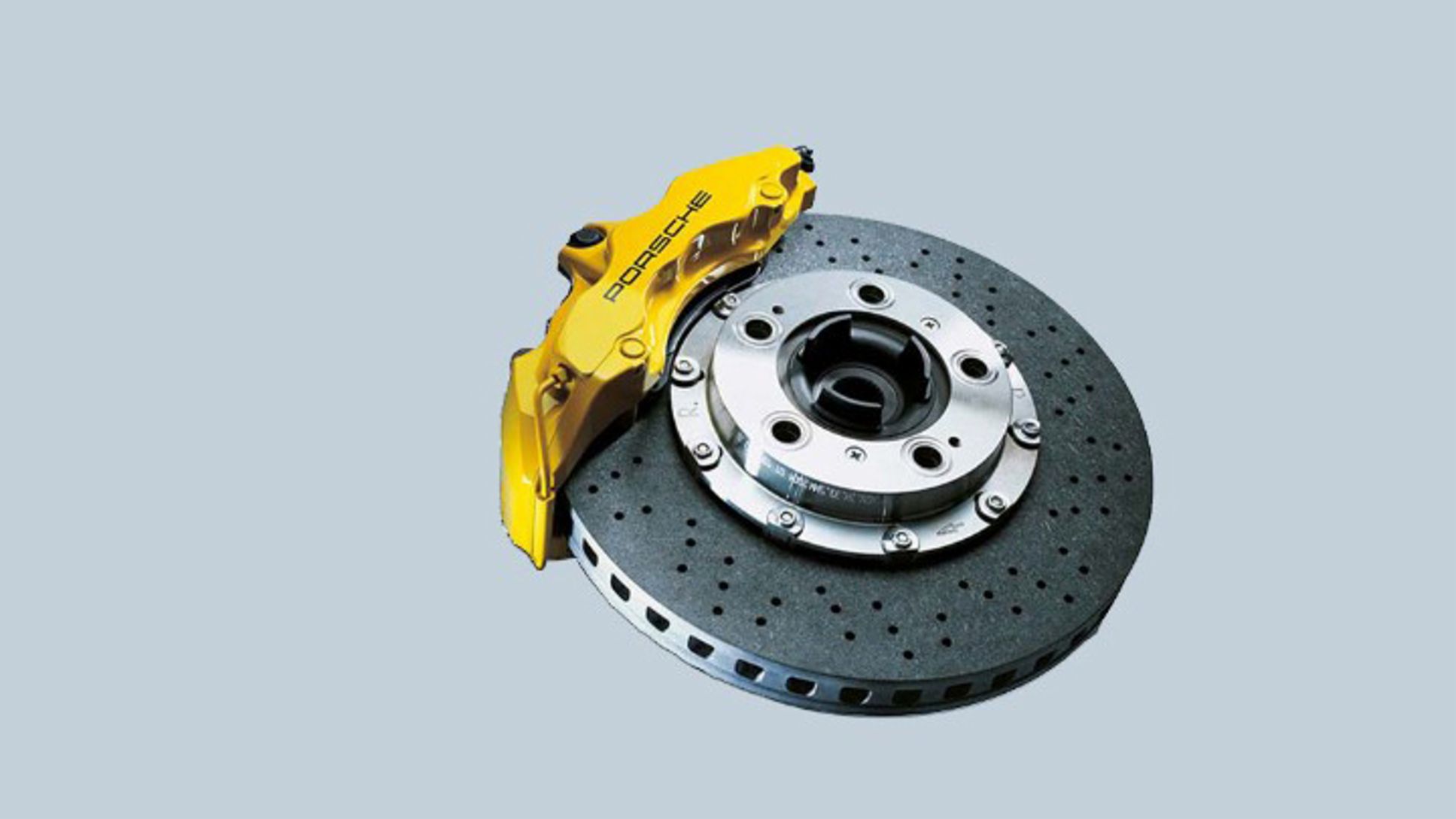 At Porsche, we don't bake bread, we bake brake discs. For many years, the Porsche Ceramic Composite Brake (PCCB) has been a model for success in the field of materials engineering.

Without a doubt lightweight construction is one of the historical strengths of cars made by Porsche &ndash; and not only on the race track. A precondition for design engineers to achieve their goal is the intelligent use of innovative materials: every new car generation must set new standards in the fields of performance and exclusiveness. One way to achieve this goal is to reduce weight. That is why we constantly experiment with new materials and production technologies at Porsche.

Brake discs baked in the oven

We also take totally different paths which may seem unusual at first glance. For example with brake discs which we bake at Porsche: we start off with small black flakes. These are made of pure carbon which we process to form fibres. Then they are coated and then chopped to a length of nine millimetres. Together with other ingredients, which Porsche keeps secret, we obtain a compound which we then pour into a mould and compress. Finally the entire unit is cured under pressure at 200 degrees Celsius. The brake disc is then recognisable as such but it is far from being finished.

A high-strength carbon disc is produced in a nitrogen atmosphere at 900 degrees Celsius. Holes are then drilled into the disc for ventilation and water removal. Then they are treated with silicon. Since the carbon disc is formed with millions of tiny capillaries between the short interlinked fibres, liquid silicon is absorbed like a sponge soaks up water. In the final process the disc is then heated in an oven at 1,400 degrees Celsius. The silicon reacts with the surface of the short fibres. The brake disc, which has extremely high thermal and wear resistance, is ready.

Even the bonnets of the 911 GT2 RS are baked in the oven at Porsche. Here we use carbon-fibre reinforced plastic (CFP). To produce the bonnet, the fibres are not chopped up. They are woven and drenched with synthetic resin. Several layers of impregnated fabric are then cut to size by hand, placed in a mould and baked by applying heat and pressure.

Supporting frame of the new 911 convertible made of magnesium

Proof that high strength and low weight need not be a contradiction is not only demonstrated by baked brake discs and bonnets. One example of this is the supporting frame of the new 911 convertible made of magnesium. Porsche has relied on this material in motor racing for many decades. This knowledge was incorporated into series development. The alloy is four and a half times lighter than iron. The wide crossbars give the fabric hood of the 911 a stability that is otherwise known only from folding hardtops. These bows are produced by melting what are known as magnesium chips and pressing the resulting ladle in a mould at high pressure. There it solidifies into the required geometry. New cast magnesium alloys are currently under test in collaboration with the foundry in Weissach. They have enhanced technological properties and are easier to handle. 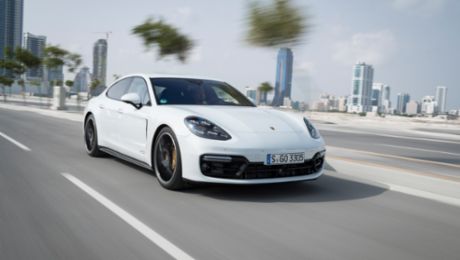