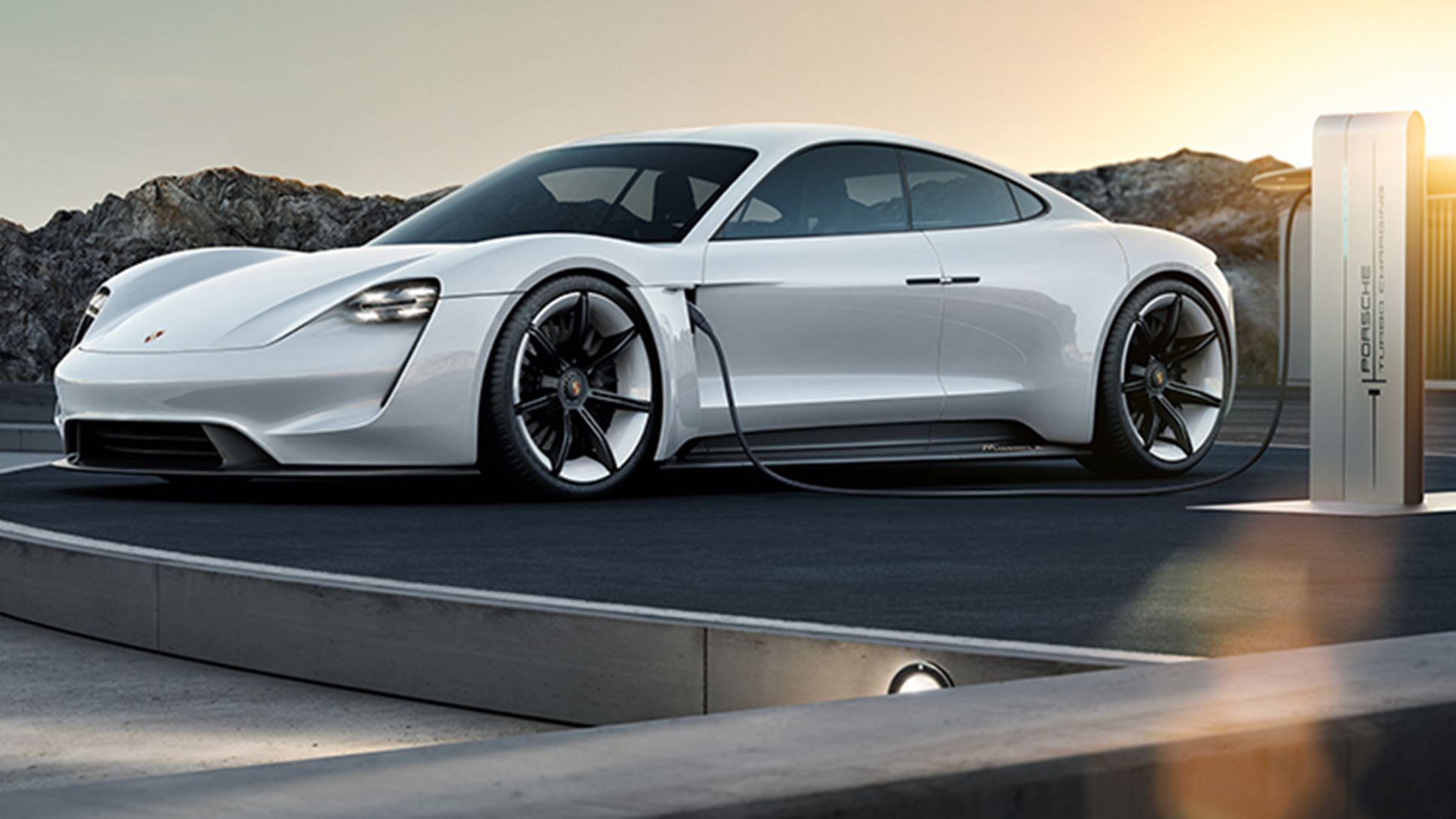 Daniela Rathe is Director Politics, External Relations and Sustainability at Porsche. She writes about 10 Women who make a lasting difference to our world.

19 March 1911 — this was the first time in history that the International Women’s Day took place, more precisely in Denmark, Germany, Austria-Hungary and Switzerland. Only since 1920 it takes place on 8 March.

But no matter what day we celebrate it: We are thus setting a sign for the rights and role of women all over the world. This year’s International Women’s Day campaign theme: #BalanceforBetter.

"Equal opportunities still have a way to go." Daniela Rathe

For me as Director Politics, External Relations and Sustainability at Porsche, the word Balance stands for a better world with fair living conditions. Everyone has a contribution to bring. I am thinking here of the successful interplay of environmental protection, successful business management and tangible social responsibility — in other words, consistent sustainable action in industry and in personal life.

Women have always made a fundamental contribution to stable social conditions, whether as mothers, activists, politicians or managers. They face current challenges, use them as opportunities to redefine themselves again and again, to make a difference for others and not to allow themselves to be restricted in their efforts to shape the future. But this commitment still happens too often in secret and unnoticed. Equal opportunities still have a way to go.

That is why today I would like to highlight ten personalities who are very impressive for me, who have shaped our world and changed it for the better — and who are still doing so today. They are #WomenAtWork:

Until today, only four people have received several Nobel Prizes — Marie Curie is the only woman among them. She received the award in both physics and chemistry. We all know about the ground-breaking research she did together with her husband Pierre: they discovered new elements and researched radioactive radiation, which made X-ray investigations possible. After the accidental death of her husband, Marie Curie became the first professor at the Sorbonne. She succeeded in all this at a time when women’s scientific work was anything but normal — she was exposed to strong public hostility. She was mother, sister, wife, educator, scientist, inventor, doctor. And defied all adversities due to her enormous competence.

Sophie Scholl offered a completely different form of resistance — she fought together with her brother Hans Scholl against the cruel brutality and inhumanity of the Nazi dictatorship. The brothers and sisters were members of the White Rose resistance movement and distributed political leaflets calling for the overthrow of the regime and the building of new thinking in Europe. The day she was murdered was a black day for our country, but her courage is still unforgettable and incredibly impressive.

"Her courage is still unforgettable" Daniela Rathe about Sophie Scholl

Since 1981, Terre des Femmes has been a human rights organisation committed to ensuring that women around the world can lead free and self-determined lives. The founder of the NGO is the Hamburg journalist Ingrid Staehle. She brought Terre des Femmes into being because during her work she repeatedly became aware of terrible women’s fates — about which far too little is still said today. With her work she has made the history of oppression of many women more visible and has stood up for her rights, yes for all of us. It has thus made a sustainable contribution to girls and women worldwide.

Jane Goodall is a British behavioural scientist who has been researching primate behaviour since the 1960s. It has thus not only made a major contribution to biology but has also strengthened the understanding and awareness of species conservation, especially of primates. That makes her an icon of sustainability for me. Her story also has a very personal component for me: Goodall started her research in Tanzania, a country to which I myself have close ties. During my time as head of the cultural office in Tübingen, I had the privilege of being able to establish a climate partnership with the Tanzanian city of Moschi — an experience that has left a lasting impression on me.

"An icon of sustainability" Daniela Rathe about Jane Goodall

Lise Kingo has been Executive Director of the United Nations Global Compact, the world’s largest corporate sustainability initiative, since 2015. Its mission is to make the UN’s sustainable growth goals a source of inspiration for business and growth. It relies above all on cooperation between international organisations, civil society and the private sector. In my view, it thus represents a very modern, comprehensive understanding of the concept of sustainability, in which it brings all relevant stakeholders together at one table — I firmly believe that this approach is the most effective worldwide in achieving the UN’s sustainability goals.

CFO, supervisory board member and connoisseur of art — Simone Menne made her career at Lufthansa, was successful for many years in the company management and became the first female CFO of a DAX-30 group. In 2017 she turned her back on the financial world and now devotes herself to art in her home city of Kiel. On the ground floor of her house she runs her own gallery, with which she promotes young artists from the region — just as she would like to strengthen and support women in business. She talks about this and about the potential of digitization at many events, and also holds supervisory board positions in well-known major corporations. She combines control and creativity, career and art — that makes her a unique woman with a role model character for me.

Rita Kimani has taken care of the needs of Kenyan farmers. She herself comes from a family that lives from agriculture and therefore knows their challenges. After her studies at the University of Nairobi she founded Farmdrive in 2014 together with Peris Bosire. The social enterprise links small farmers with financial institutions, which provide them with loans to set up their own businesses. Rita Kimani’s work also contributes to the achievement of the UN sustainability goals by helping Kenyan farmers to secure their livelihoods and those of their families and village communities.

Nadia Murad is an Iraqi human rights activist with a history as cruel as impressive: In 2014 she was kidnapped by the Islamic State (IS), along with many other Yazidi, and was the victim of brutal atrocities. But she survived — and became the voice of her oppressed people, especially the Yezidi women, the public prosecutor of her tormentors and UN Goodwill Ambassador. Since the end of her captivity and her flight to Baden-Wuerttemberg, she is fighting indispensable for the recognition of the atrocities of the IS as genocide. She was the first Iraqi woman to receive the Nobel Peace Prize for her strength and courage.

Environmental activist Sian Sykes is a dropout — she has quit a well-paid job in the London media industry to devote herself to environmental protection. She now lives on a small Welsh island. She has declared war on the garbage she sees every day on the beach and in 2018 started a very demanding 60-day journey. She circumnavigated Wales with the stand-up paddleboard to draw attention to the pollution of the oceans and the exploding consumption of disposable plastic packaging. A courageous action for an important topic.

Luisa Neubauer is the youngest member on my list and a committed climate protector. In Berlin, she is currently involved in organizing Fridays For Future, where thousands of people around the world, especially schoolchildren, are demonstrating for the phase-out of coal and compliance with the Paris Climate Agreement. I find not only the goal of these protests very important and worth supporting, but also the determination and commitment at such a young age impressive.

These women and their work have impressed me like many others. They urge and equally motivate not to stop, to move forward courageously, in spite of many resistances. Worldwide, political movements are emerging that are pushing back equal opportunities.

Today’s message is: Go ahead! Show your competence, your courage and set standards! I want to make a contribution to strengthen our world in the balance between ecology and economy with social compatibility and to keep it there. Whether local, national or global, we all have to contribute to solving the problems of our time and to creating a world that is also worth living in for future generations.