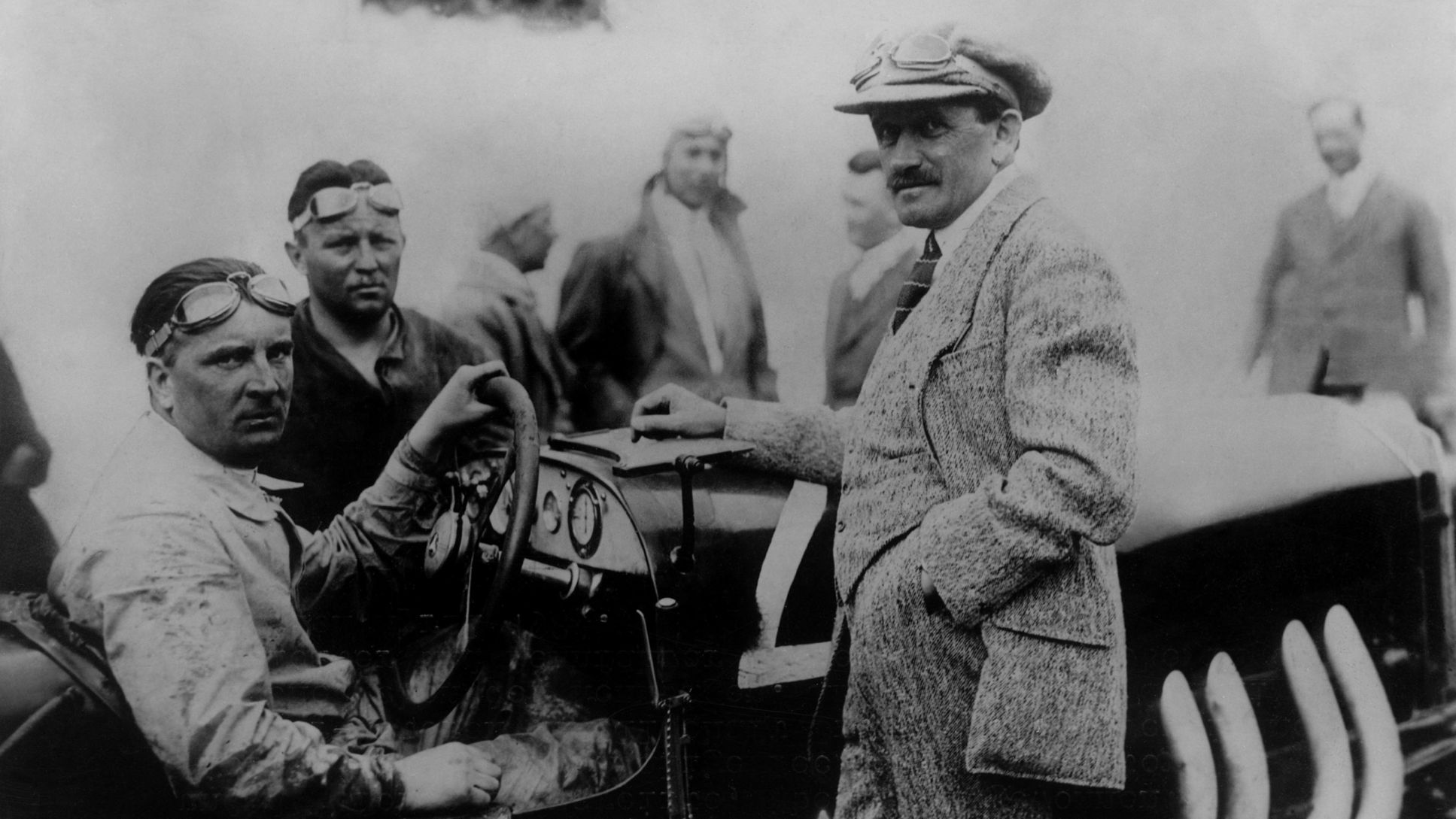 Every story is the sum of individual moments. Great stories are the sum of great moments. And the story of Porsche is no different. Key moment 2: 1924 – the moment of the Dr. Ing. degree.

Sicily, 1924: As every year in May, the island was in a state of emergency. At least on the northern coast, where the motorsport elite was meeting for the world’s most famous car race – a veritable “who’s who” of drivers, teams and car makers lined up at the start of the Targa Florio: Alfa Romeo, Bugatti, Maserati, they all sent their gleaming red cars onto the circuit. Daimler-Motoren-Gesellschaft from Stuttgart was also there – with the Mercedes ‘Kompressor’ racing car. Its two-litre, four-cylinder engine was supercharged by a front-mounted compressor – producing a full 126 hp. The name of the designer was: Ferdinand Porsche.

Since 1923, Porsche had been head of the design office and a member of the management board of Daimler-Motoren-Gesellschaft. Tirelessly he experimented with engines, concentrating particularly on compressor technology. Hard work and effort paid off: also painted red, the Mercedes race cars dominated the event. After 360 kilometres in 6 hours, 32 minutes and 37 seconds, Christian Werner swept over the finishing line as winner; he also finished the following fifth lap in first place, additionally securing the Coppa Florio trophy.

The superior performance and reliability of his compressor engine brought further medals as Christian Lautenschlager and Alfred Neubauer took second and third places. The race management sent the following telegram to Stuttgart: “Werner wins both Targa and Coppa Florio, the Coppa Caltavutura for the fastest time from the start up to that point, the Coppa Villa Igiea for the lap record, furthermore the King of Italy's gold medal and that of the Sicilian Automobile Club, as well as all prizes donated by the Palermo trade association. Class result: Werner first, Lautenschlager second, Neubauer third.“

The first German victory in the legendary Targa Florio became a national event. Yet the secret victor of the Targa Florio in 1924 was in fact Ferdinand Porsche. His great moment came after the race: the Technische Hochschule Stuttgart acknowledged his design achievement for the victorious Mercedes by awarding him an honorary doctorate in engineering. Six years later, university dignitaries were to read this title regularly: in the company name of Dr. Ing. h. c. F. Porsche GmbH.