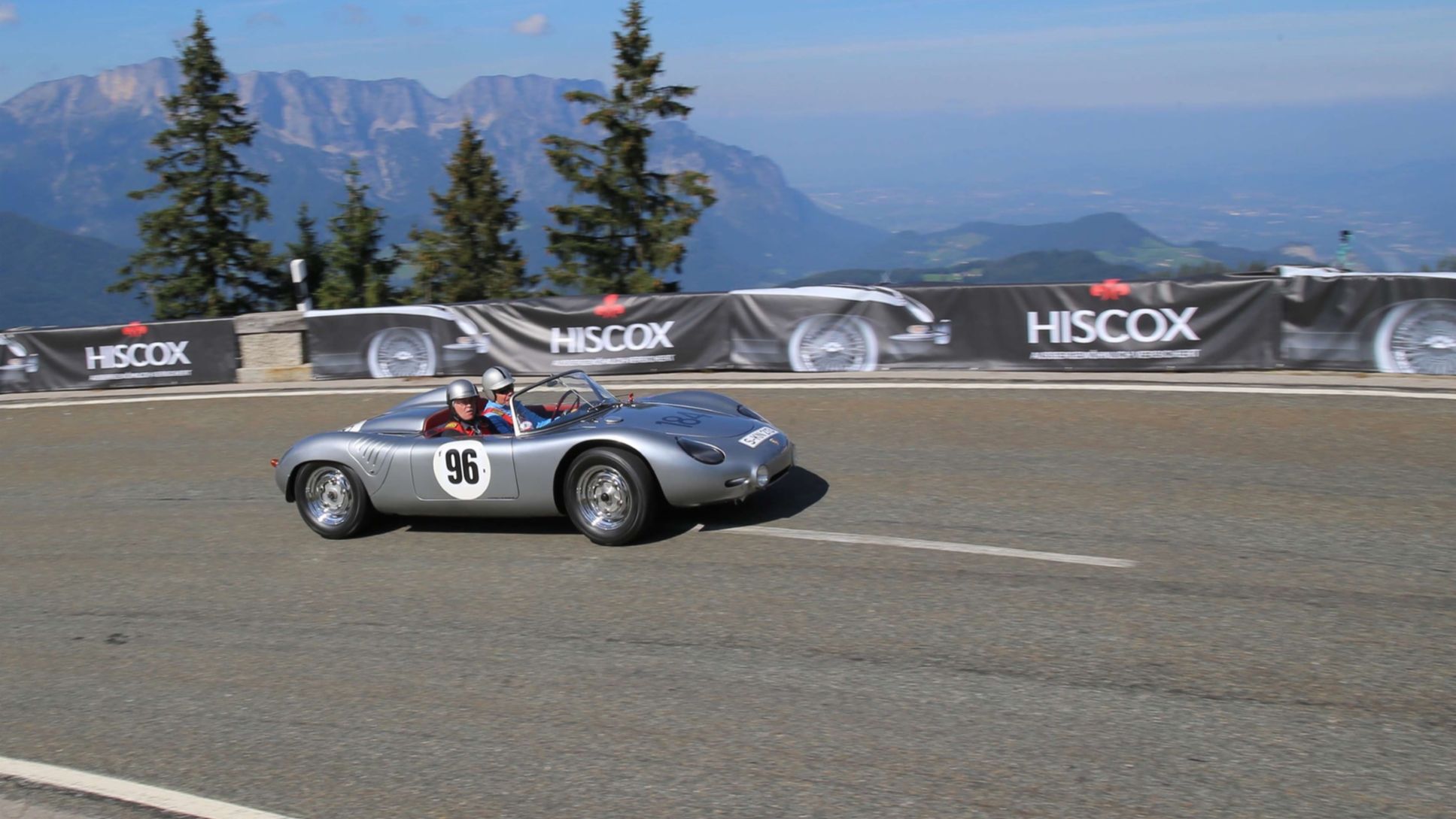 The racing cars of Walter Röhrl

Set against panoramas of the Bavarian Alps, with sunshine and legendary vintage models aplenty, the Rossfeld Race in Berchtesgaden had a very special theme this year.

Had he followed in his father’s footsteps, he would have become a stonemason. But Walter Röhrl had other ideas, forging out a unique career in motorsport. The two-time World Rally Champion and four-time victor of the Monte Carlo Rally is today considered to be one of the greatest racing drivers of all time. What better reason to dedicate this year’s Rossfeld Race to him? The theme: the racing cars of Walter Röhrl.

“Of course, it is a wonderful experience for me to see all the cars from my career again”, said the 69-year old. “I feel like a young lad.” In addition to the Opel Ascona 400 and the Fiat-Abarth 131 Rally, a number of Röhrl's Porsche models also graced the six kilometre long mountain road in Berchtesgaden. “Der Lange” (the tall guy), as he was often affectionately known by the press, always had a special place in his heart for the 911 SC San Remo.

35 years ago, in 1981, Röhrl contested the unique Rallye Sanremo on the winding mountain roads of Northern Italy in this very model. “The San Remo 911 is the best rally Porsche I have ever driven. We were hoping to beat the all-wheel drive cars with it, and we almost succeeded: We were significantly faster on the tarmac. The 911 had incredible traction and power from 2000 to 8000 rpm”, recalls Röhrl.

Between 2008 and 2011, the Porsche Museum then restored the 911 SC to its former glory, and in 2011 at the Targa Tasmania, it made its comeback with Röhrl at the wheel. In Berchtesgaden, he was able to enjoy the rally legend for a third time. “A fantastic feeling”, said Röhrl, who is originally from Regensburg, after the race.

Memories also came flooding back for the other former racing drivers in attendance – including Hans-Joachim “Striezl” Stuck, Eberhard Mahle and Rudi Lins. “The last time I drove here at the Rossfeld was in 1968”, reminisces Lins. “It is really something special to be back here and to drive these perfectly restored cars.” In Lins’ case, it was the 718 RS 60, the forefather of today’s 718 Boxster. This model brought Porsche its greatest successes, particularly in endurance races, such as the Targa Florio or the Sebring 12-hour race.

Further models that the Porsche Museum took to Berchtesgaden included the 356 B 2000 GS, the Carrera GT from 1963, better known as “Dreikantschaber”, and the 911 Carrera RSR, built in 1973.

And so, the “International Edelweiss Mountain Award Rossfeld Berchtesgaden” was a nostalgic journey back to the glorious time of the European Championship mountain races. The only difference was the lack of competitive pressure, because this time it was not all about winning – much to the relief of Röhrl’s former racing driver colleagues: “Walter is without doubt one of the best drivers”, says “Striezl” Stuck, adding with a smile: “You really don’t want him as an opponent.”

The Porsche Museum sends its historic cars to more than 200 events worldwide per year. In their special exhibition “Roadbook"  starting on 30th of October 2016 and ending on 23rd April 2017 at Stuttgart Zuffenhausen, visitors can get an overview on all international events of the „Museum on Wheels“. The opening hours of the museum are Tuesdays to Sundays from 09:00 to 18:00. Further information are available on the homepage www.porsche.com/museum.