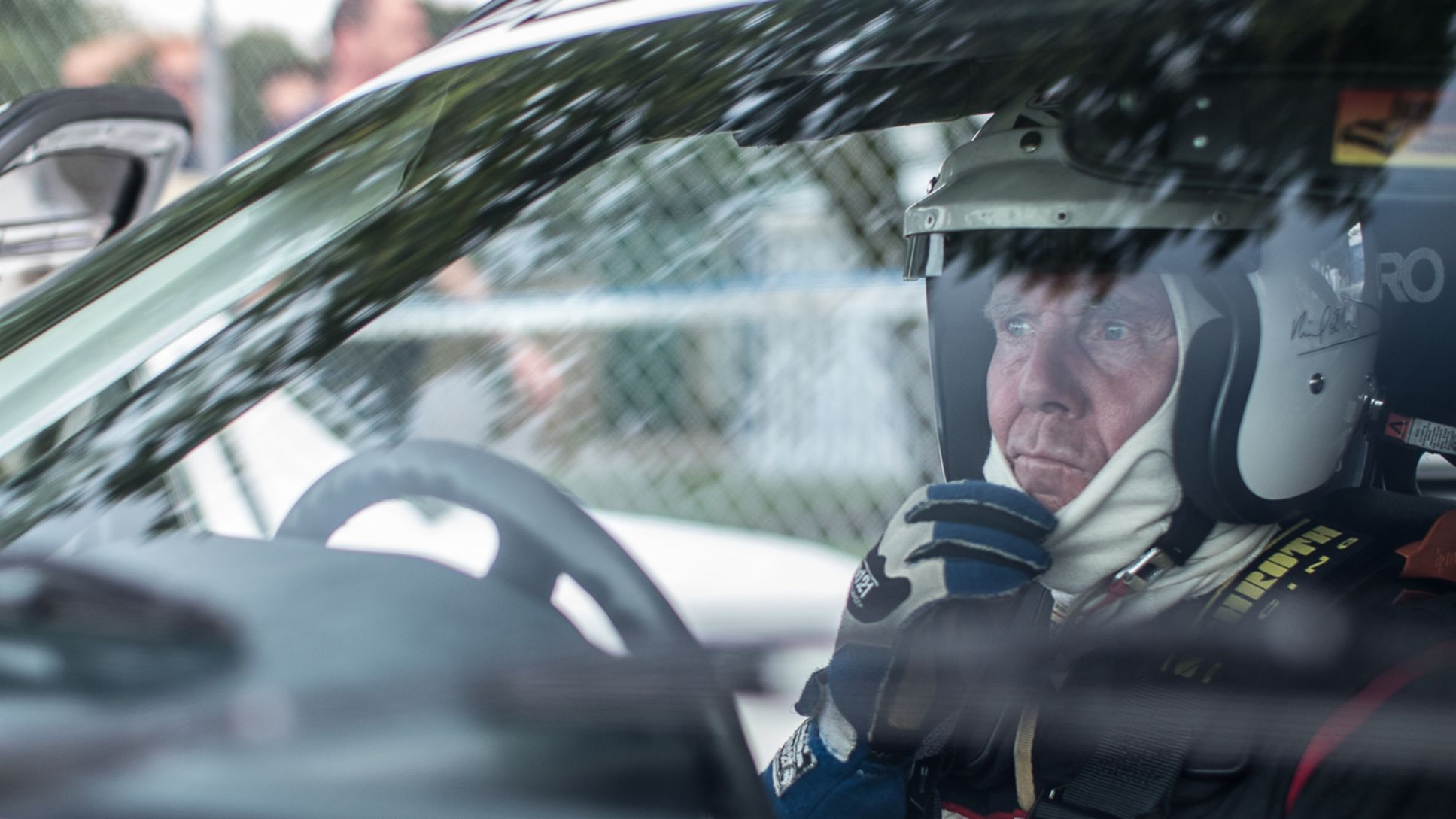 Nearly 50 years on from winning Le Mans, Richard Attwood is still racing and still getting podiums. You can’t keep a good man down.

Richard Attwood, Porsche’s first ever overall winner at Le Mans in 1970, is now 77 years old. Normally, that’s the stage of life where most of us mortals are thinking about what colour slippers we should be wearing. But for a man who’s raced everything from a 917K to a Triumph TR3A via 908s and Formula One, retirement isn’t even a consideration.

And so here we find him, not only competing at Oulton Park in a 928, but racing it hard. He’s already had some cracking results this season, including a podium finish at Silverstone in the first outing. And this weekend he’s competing in the Historic Sports Car Club’s iconic Gold Cup weekend in the 70s Road Sports race, up against everything from a Morgan Plus 8 to an MG B.

The reason the car is here is easy. It’s the 928’s 40th anniversary and Porsche being Porsche, the only way to celebrate that sort of milestone is to get one out of retirement and go racing.

But it’s Attwood that is the more intriguing part of this story. How does he still have the competitive bug after all these years? “It’s much like riding a bike – once you’ve done it you never lose the knack. And I’m lucky enough that I found something I was good at and had an aptitude for, so it makes sense to me to keep doing it.”

But still, this is the first ‘season’ of racing he’s done for a while. He’s loved the appearances he’s done over the years at Goodwood Festival of Speed and Revival, but to actually string a series of races together, that’s something new for 2017.

Richard Attwood: “It was a completely different atmosphere back then.”

It’s not about harking back to the old days though. People can wrongly assume that historic club racing in 2017 and the sort of thing that Richard did in period would be quite similar propositions. He’s quick to put any of those sort of misconceptions to bed.

“It was a completely different atmosphere back then. At Oulton Park today, it’s all quite relaxed, but in the 60s and 70s there was a lot of pressure. Porsche was spending vast sums on racing, and there was a detailed plan for every race. There was even a plan, never carried out, for everyone to have a new car for each race to eliminate reliability problems, because they were built to such fine margins.”

Porsche’s admirable drive to learn and improve was linked to this ultra-competitive spirit, and it's one of the reasons racing for Porsche appealed to Richard. He was never happier than when he was learning. It’s why he counts his first season’s racing, driving the road-legal Triumph, as his fondest memory.

That’s one of the reasons racing for Porsche appealed to Richard. He was never happier than when he was learning. It’s why he counts his first season’s racing, driving the road-legal Triumph, as his fondest memory.

You get the sense he’s a pretty straight forward, realistic chap. When Porsche asked him what he wanted for the 1970 Le Mans, he chose the oldest driver as his teammate “because this was endurance racing, and I knew we’d have more chance of finishing” with Hans Herrmann, and by using the smaller 4.5-litre engine. “It all needed to be simple.”

Not that he lacks the competitive edge. He spent the first few hours of that 1970 race kicking himself because the 5.0-litre 917s all drove off into the distance and he thought he’d made the wrong engine choice. And his proudest moment was when he bested the likes of Frank Gardner and Jo Schlesser in a Formula Junior win in 1963 at Monaco.

Like all professional racers, he’s reflective of the various ups and downs his career took. The wasted years at BRM are something he rues now, but there’s no real regret with Richard, no bitterness. “It’s just circumstances. Yes, my career stalled with BRM, but then who knows what might have happened. I might not even be around now if I’d got into F1 permanently. I’m still here and a lot of others aren’t.”

It’s a stark reminder as to why Richard is the sort of relaxed bloke that he is today. There’s an edge to him, of course – no-one can achieve what he has without it – but he’s happy and content. He still loves the various Goodwood events – “that’s been my career recently” – and enjoys meeting people who are keen to talk to him, but he’s not arrogant, not anxious to trade off his past. And there’s no ego.

No sense of retirement beckoning

This is a man who doesn’t waste time on emotion: “I can’t recall what my father’s reaction was when I won Le Mans”, but he is absolutely clear on all the details on the cars and the races. That’s not to say he’s some sort of automaton, but he just has a logical way of going about his job. And it is a job to him, because he still feels he’s a professional driver.

So there’s certainly no sense of retirement beckoning. Thank goodness. The world will be a poorer place without Richard Attwood racing whatever he can get his hands on.

Siegfried Rauch and Steven McQueen are linked by a true friendship. 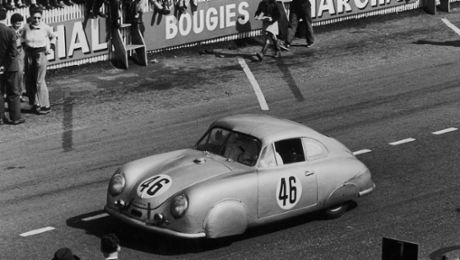 Shortly before the race we look back at the story of the 24 Hours of Le Mans.