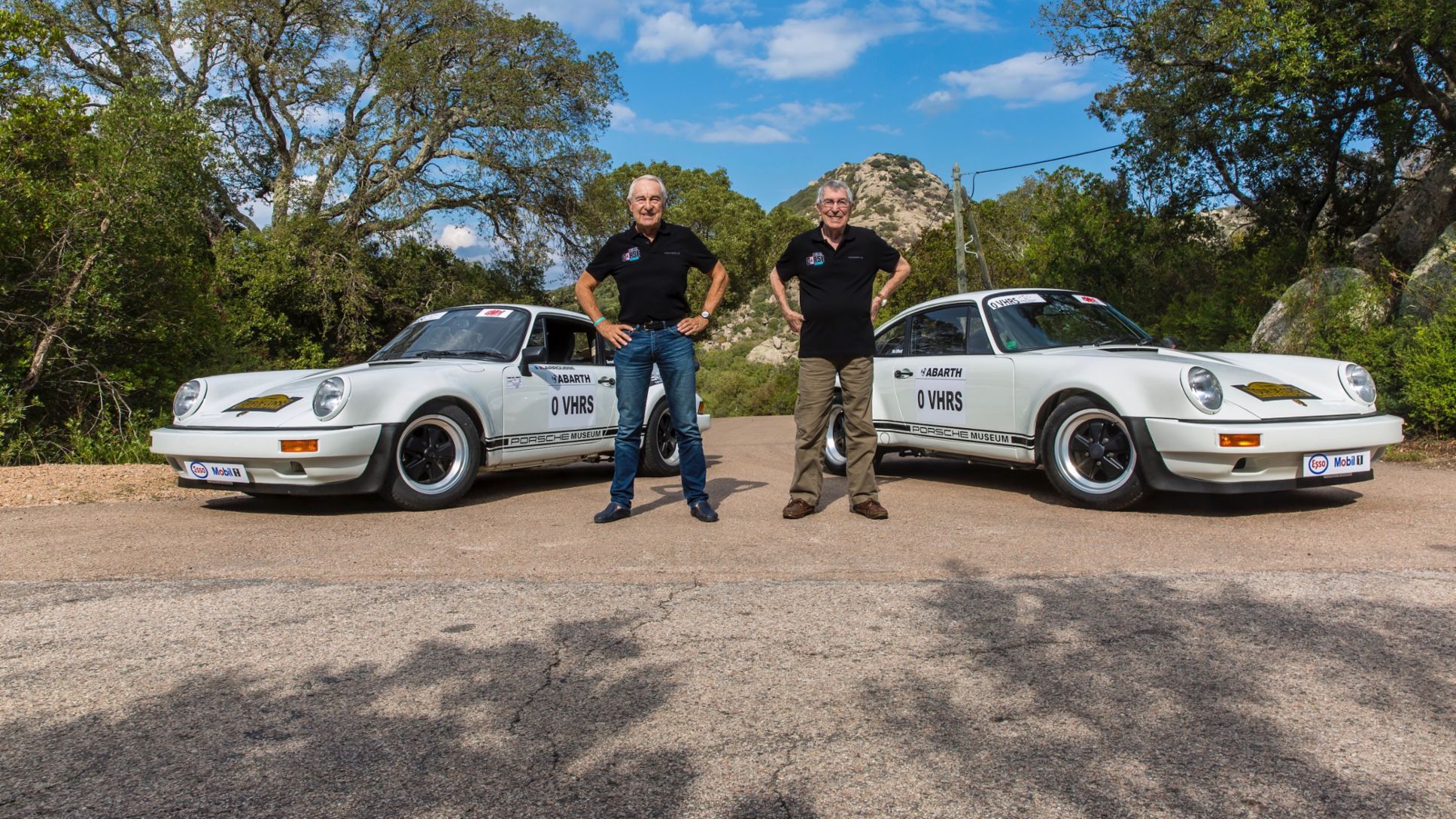 The conquerors of curves

50 years after the Porsche 911 R made its first appearance, Porsche motorsport legends Vic Elford and Gérard Larrousse have returned to the Tour de Corse, causing a stir at the “Tour de Corse Historique” with two Porsche 911 SC/RS sports cars from the Porsche Museum.

November 1968, Bastia: Shortly before the start of Tour de Corse, Porsche’s head of race car development, Peter Falk, takes his top works driver Vic Elford aside for a tête-à-tête. “For rallies like this, we need a French driver – who would you take?” “Quick Vic” thought it over. He would like to recommend his good friend Jean-Francois Piot, but he knows an even better driver: “Take Gérard Larrousse.”

Now, they meet again – in Corsica, naturally, for the 17th “Tour de Corse Historique”. Unlike the first time around, they have nothing to prove today – which is why they did not start their Porsche 911 SC/RS vehicles in the “VHC” class, where it is all about getting the quickest time in the old rally cars in the 18 special stages. They were registered in “VHRS” – the touristic regularity rally. But the only touristic thing about the two professionals was the identical sports shoes they bought together on site. And only the consistently high tempo with which the two tackled the demanding slopes of the fantastic setting could be described as regular.

The Tour de Corse was and is celebrated and feared in equal measure. The first incarnation was launched in 1956 and covered almost 1,300 kilometres around the entire island, the streets of which are anything but straight. “At the time, this was the race that everybody wanted to win,” recalls Larrousse, “just as much as they wanted to win at the Nürburgring”.

Today’s historic rally is almost as demanding as the modern course which stages a round of the World Rally Championship, an event which has been held here intermittently since 1973: A total length of 800 kilometres with 340 kilometres of special stages places intense demands on man and machine. The rally routes are no straighter than the World Rally Championship course, the goats on the road are just as stubborn and the rock falls are just as surprising.

Having previously driven the 911 and 911 R, Elford and Larrousse could this time take to the streets on Napoleon’s home island behind the wheel of the two 911 SC/RS vehicles from the Porsche Museum – namely, unit numbers 1 and 5: Number 1 is a restored copy of one of the 20 lightweight and high-performance 911 models built by Porsche as a special series in 1984. Number 5 is still the original homologation car, which also acted as the company car of legendary race engineer Roland Kussmaul. Both resplendent racing cars have a 3.0-litre naturally aspirated engine and conventional rear-wheel drive.

This 911 for both road and track have been homologated for use in Group B with a focus on rallying. Tweaks to the engine saw the power rise from the series-production 204 hp to a sporty 250 hp, while a variety of weight-reducing measures have brought the sports car down to just 960 kg. The 911 SC/RS models were supplied exclusively in white – a canvas for the sponsors’ paintwork.

The first Porsche victory in 1960

“The ‘Tour de Corse Historique’ is a wonderful journey back in time to the French rally culture of the 1980s. It offers serious motorsport, fascinating landscapes and a special atmosphere with great camaraderie,” says Alexander Klein, team leader of the Corsica delegation, detailing this year’s Porsche historic motorsport highlights. Porsche’s first victory was achieved here by Herbert Linge and Paul-Ernst Strähle in a Porsche 356 B 1600 GS Carrera GT Coupé. “The places where Porsche was especially successful are of course of particular interest to the Porsche Museum,” says Klein, “and we are very pleased to have brought the two 911 rally models, as well as the rally legends Elford and Larrousse, back to where it all began, 50 years after the Porsche 911 R first took part in the Tour de Corse.”

October 2017, Porto Vecchio: Two good friends happily go for a glass of wine after a hard day’s work. Gérard Larrousse is now 77 years old, Vic Elford 82. His tip in 1968 was right on the money: In 1969, Larrousse and his Porsche 911 R won not only the Tour de Corse, but also the Rallye Neige et Glace and the Tour de France d’Automobile stage race.