Le Mans at the Hockenheim Ring

From Herrmann to Bernhard. From idle to a flying start. From 1970 to 2014. Former and current teams have met at the Hockenheim Ring.

"Le Mans fits very well with the philosophy of Porsche", says the engineer Norbert Singer. He should know, after all, he was involved in all of the company's 16 victories. This makes Porsche the most successful manufacturer at Le Mans. And hopefully it will stay that way. This is why Porsche is re-joining the LMP1 royal league again in 2014 after a pause of 16 years with its own factory team.

The expectations from the prototype as well as the drivers Timo Bernard, Romain Dumas, Neel Jani and Marc Webber are huge. "If one wants to perform well, there is always pressure. But it also gives one an extreme motivational boost", says Bernhard.

The motivation of the entire team that has grown from five to 200 people within the last two years is also felt by project manager Friedrich Enzinger: "Being able to be present at Le Mans is huge for each and every one." But that is still a long way off. After the successful rollout in June the next tests will now follow in Italy, France and Portugal.

The new LMP1 regulations will be a special challenge here. Keyword: Energy recovery. "Two systems will be used here as of next season", explains Enzinger. Will this impact the Porsche road vehicles? That possibility is not excluded." In this series, there's still no emission energy recovery. If we are the first to succeed, then we have done everything correctly", explains Enzinger. In the past, Porsche has repeatedly used innovations from racing. The turbocharger is only one example.

But now all the attention is focussed on the endurance race in June 2014 - including that of the heroes of Le Mans." I'm wholeheartedly committed", says Hans Hermann, the former factory driver and 1970 winner. "It is a difficult undertaking, but I believe they will succeed." 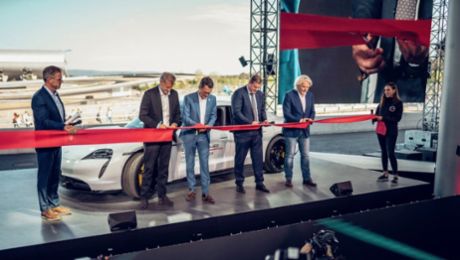 Porsche has opened the seventh Porsche Experience Center (PEC) as part of the “Sportscar Together Day” festival. 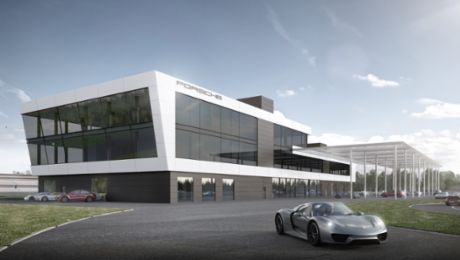 To mark the opening of the new PEC Hockenheimring, Porsche is celebrating a “Sportscar Together Day” on 12 and 13 October. 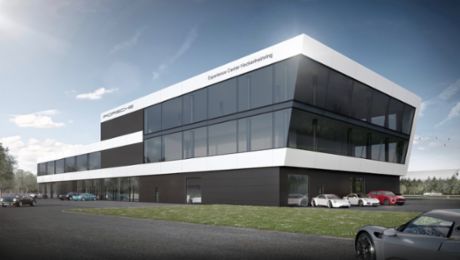 “Porsche Experience Centre” at the Hockenheimring

Around 200 invited guests celebrated a milestone in completion of the new Porsche Experience Centre (PEC).

Porsche Experience Centre at the Hockenheimring

The world’s seventh Porsche Experience Centre is currently being built at Germany’s Hockenheimring.