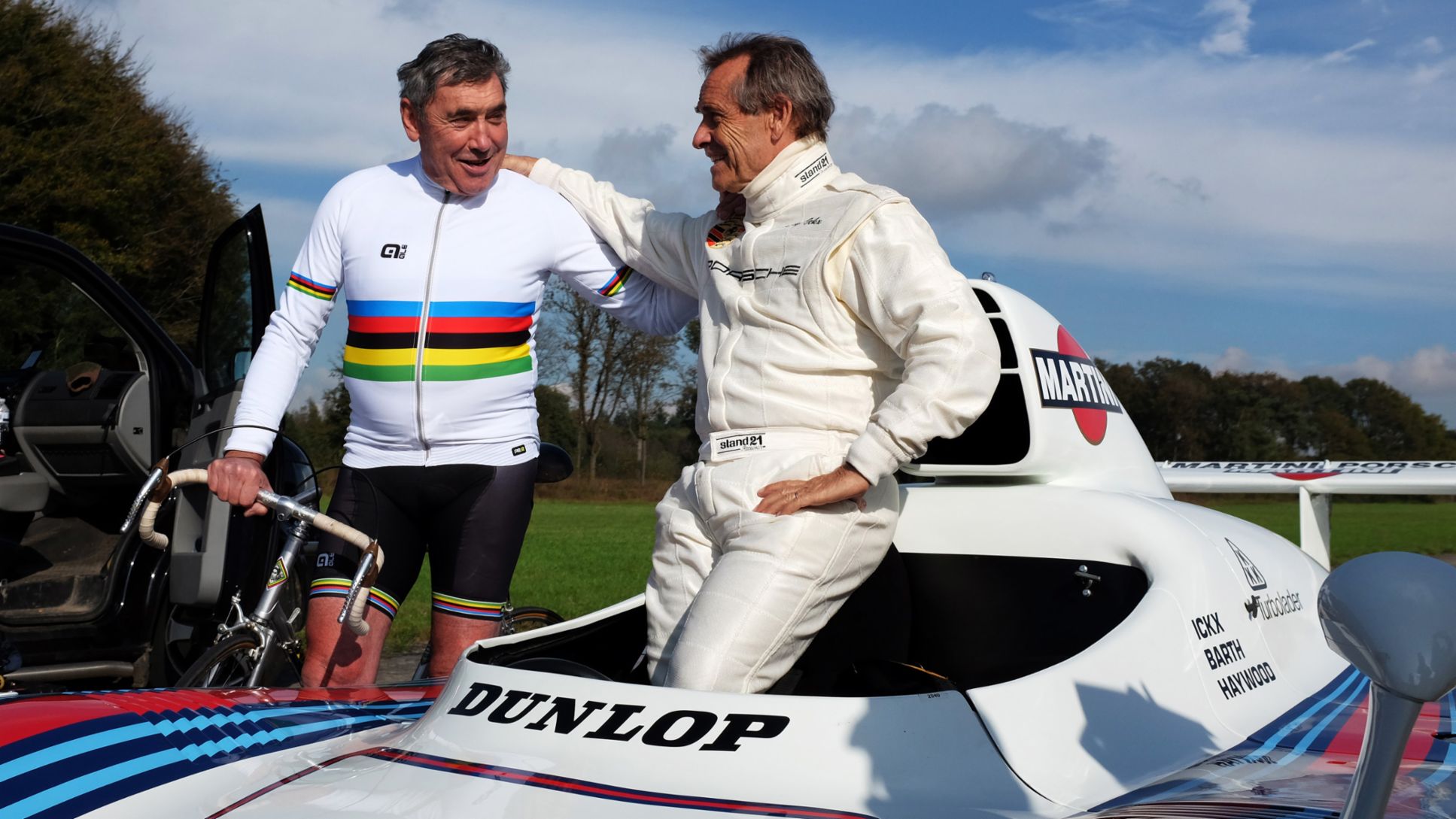 Exceptional athletes, friends and legends. Just in time for the 70th birthday of former professional racing cyclist Eddy Merckx and former Porsche race driver Jacky Ickx, an exhibition opened to look back at their successes.

For more than 30 years, Jacky Ickx raced over international circuits and demonstrated his convincing skills in a variety of disciplines – Formula 1, rallies and endurance races. He won the overall victory at Le Mans six times, four of them for Porsche.

Eddy Merckx dominated cycling, whether it was in time trials or sprints. He is regarded as the greatest professional cyclist of all times in his field with more than 500 wins to his name. He won the Tour de France and the Giro d'Italia five times each.

Two exceptional athletes and two excellent careers. An exhibition is now dedicated to the two men at the Trade Mart in Brussels and will run until June 21. Besides cars driven by "Monsieur Le Mans" Ickx such as the Porsche 935 Baby and bicycles from the "Cannibal" Merckx, the exhibition will show previously unpublished photos and film sequences of the two men.

On an area of 2,000 square metres, visitors can immerse themselves into racing sport of the 1950s, 1970s and 1980s – and learn all about two legends whose friendship has meanwhile lasted for more than 50 years.

Porsche Legend in Le Mans begins in a village garage

A small auto shop has been the home of the Porsche team in Le Mans. 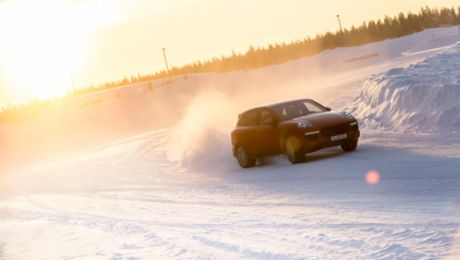 Rally legend Walter Röhrl shows just what the Cayenne GTS and Turbo S models can do.