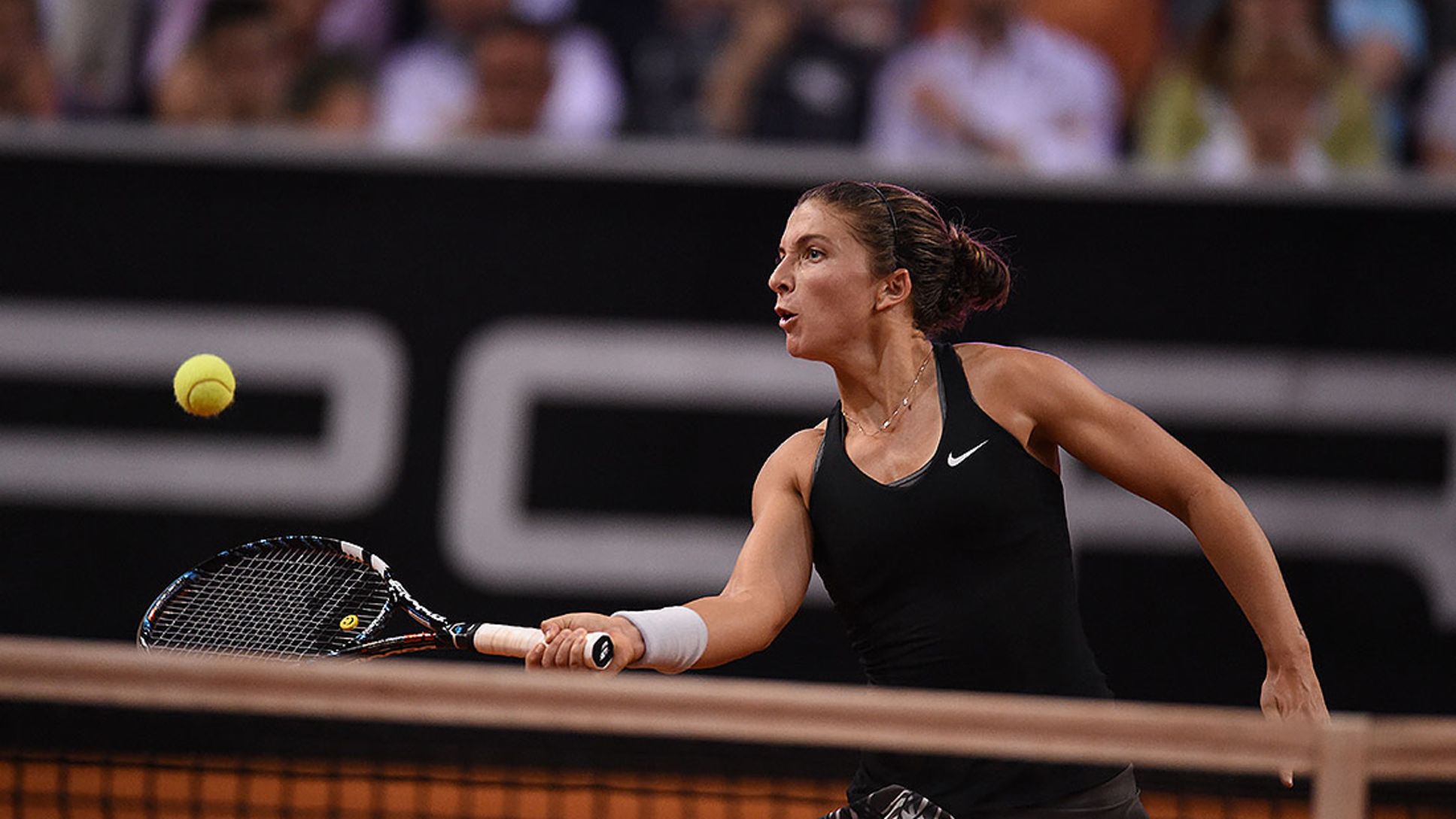 First on court, Sharapova will face Errani for a place in the final and they will be followed by Ivanovic and Jankovic in the other last four match.

The semifinals of the Porsche Grand Prix again promise pure excitement on Saturday. First on court, Sharapova will face Errani for a place in the final and they will be followed by Ivanovic and Jankovic in the other last four match at the long-standing Stuttgart tournament.

The first semifinal ticket was booked by Russian Maria Sharapova. Playing the No. 1 seed Agnieszka Radwanska, the superstar from Russia advanced after a 6-4, 6-3 win in one hour 39 minutes, but the match was much tighter than the score suggests. The 4,400 capacity crowd in the Porsche Arena was treated to spectacular rallies, especially towards the end of the second set, before the Russian eventually wrapped up the match on her eighth match point.

“If you play against an opponent like Maria and you have some chances and 40:0 games and you are not really taking it, that is very bad,” said the Pole a little annoyed after her defeat. Maria Sharapova was however pleased with her display saying: “It’s a big win for me, probably the biggest since my injury.” Since summer 2013, she has been plagued by serious shoulder problems which also forced her to withdraw from the US Open. However it all appears to be forgotten as the four-time Grand Slam champion extended her winning streak at the long-established Stuttgart tournament to 11 matches. Now the two-time Porsche Tennis Grand Prix winner has her sights set on her third final at the tournament.

Her semifinal opponent Sara Errani from Italy advanced past Carla Suarez Navarro, who beat Porsche Team Germany’s Angelique Kerber in the last 16, when the Spaniard was forced to retire due to an injury to her right wrist with the score at 6-3, 7-6 (6) 3-0 in Errani’s favour. The world No. 11 now has a tough task ahead of her as she has failed to chalk up a win in any of her four previous meetings against Maria Sharapova. “It will be a very difficult match of course,” said the 26-year old from Bologna, “I will only have a chance when I try to be more aggressive than her.”

Also in the semifinals is Ana Ivanovic

Also in the semifinals is Ana Ivanovic. The Serb beat Svetlana Kuznetsova (Russia) 6-3, 2-6. 6-4 in one hour 53 minutes to advance further than she has ever been before at the Porsche Tennis Grand Prix. The former world No. 1 had a tough job on her hands against Svetlana Kuznetsova, the 2009 Stuttgart winner. “All that made the difference in the end were the little things,” said Ivanovic who in the Porsche Arena celebrated her ninth win in 12 outings against the Russian. Her opponent in the semifinal will be her countrywoman Jelena Jankovic. The winner of the 2008 Porsche Tennis Grand Prix overcame her friend and doubles partner Alisa Kleybanova (Russia) 6-4, 6-3 in the last quarterfinal. “My serve made all the difference today,” said Jelena Jankovic. The semifinal against Ana Ivanovic was initially due to have been played in the first round but when the seeded Dominika Cibukova withdrew the Slovakian’s place in the draw was taken by the Ivanovic. “It’s naturally better for us as we’re both now in the semifinal,” said Jelena Jankovic who has won just three of her 11 meetings with her compatriot.

In the day’s only doubles match, Antonia Lottner from the Porsche Talent Team Germany and fellow German Anna Zaja caused an upset when beating the experienced doubles specialists Liezel Huber (USA) and Janette Husarova from Slovakia 6-3, 6-4.