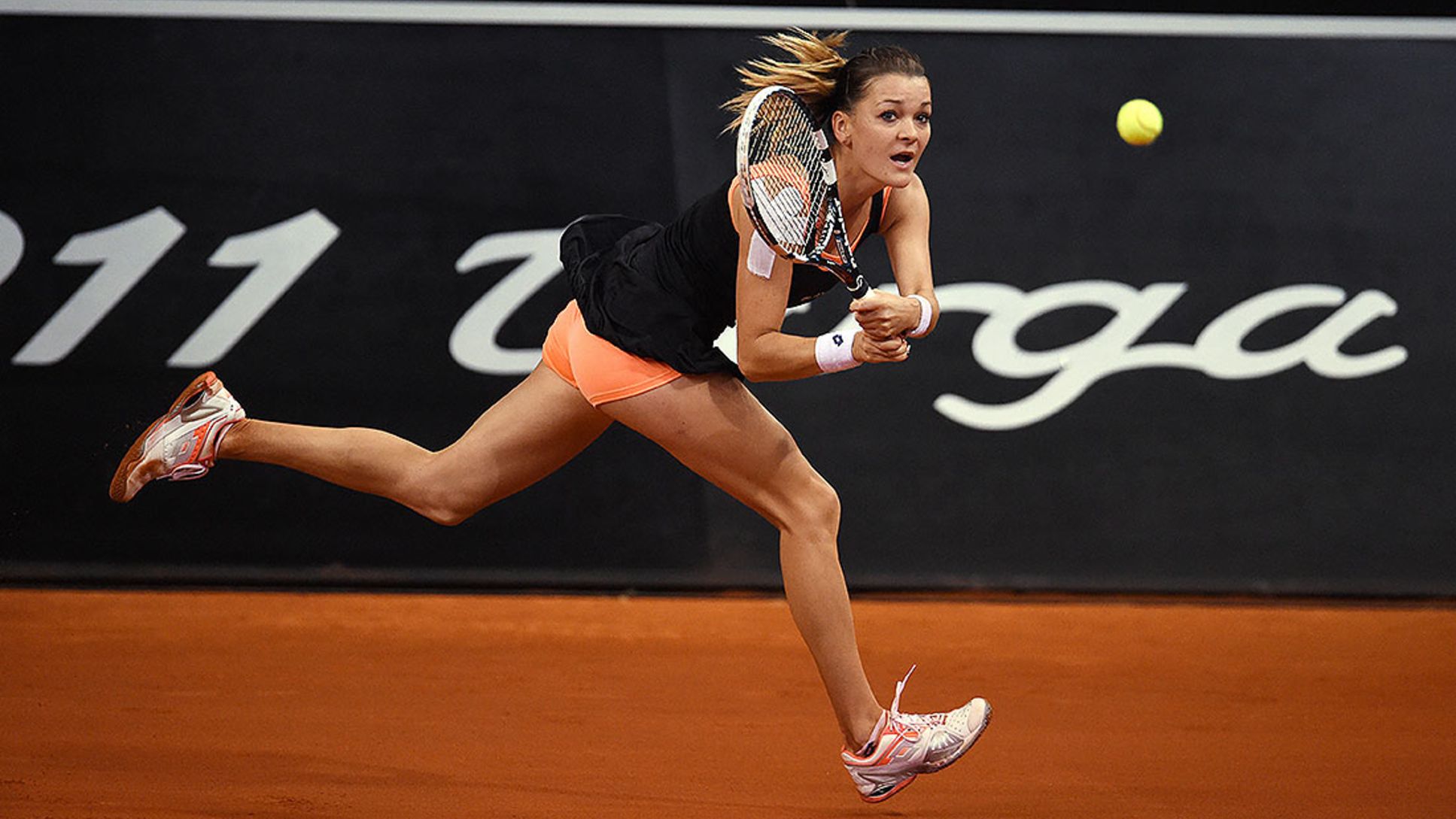 Sharapova vs. Radwanska in quarterfinal

It is the match of the day and for many an early final at the Porsche Tennis Grand Prix – Maria Sharapova against Agnieszka Radwanska.

The defending champion from Russia and the Polish world No. 3 will contest the first quarterfinal in the Porsche Arena on Friday.

Seeded number one in Stuttgart, Poland’s Agnieszka Radwanska cruised comfortably into the quarterfinals when beating Italian Roberta Vinci 6-3, 6-2 in the day’s opening encounter. “It was my first match here. So, it’s always tricky and I can’t really complain about anything today,” said the 25-year old from Krakow. Sharapova, the 2012 and 2013 champion, overcame Anastasia Pavlyuchenkova 6-4, 6-3 in a match that lasted one hour 32 minutes. The duel between the two Russians was over in 1 hour 32 minutes – for Sharapova it was almost a win at the double. Her first round match against Lucie Safarova had taken more than twice as long (3 hours 23 minutes).

“I was very happy to win in two sets. So, it was easier for myself today than on Tuesday,” said Sharapova. For the Porsche Brand Ambassador it was the tenth win in a row in Stuttgart where she is unbeaten. It means she is three victories away from a first ever hat-trick of wins at the same tournament. “Agnieszka is No. 3 in the world and I will certainly look to improve in all aspects of my game because she’s playing well,” said Sharapova when looking forward to her quarterfinal against the Pole. The statistics are strongly in her favour – of the ten matches she has played against Agnieszka Radwanska, Sharapova has won eight.

It was not a good day for the players belonging to Porsche Team Germany as the Porsche Tennis Grand Prix came to an end in the last 16 for Julia Görges and Angelique Kerber, who came to the tournament with high expectations after the win in the Fed Cup semifinal in Australia.

Julia Görges lost 1-6, 6-2, 6-3 against Ana Ivanovic and this after Görges had a whirlwind start to the match against the world No. 12. It took her just 27 minutes to wrap up the first set but then the Serb slowly found her game whilst the German started making more and more mistakes. “I was in flow in the first set and everything came off but then Ana took over in the second set. You could see why she was once the world No. 1,” said Görges. Ana Ivanovic eventually converted her third match point after one hour 40 minutes against the German who put up stiff resistance right to the end. “I didn’t have much left in the tank,” said Julia Görges, who felt the after effects of the journey back from last weekend’s Fed Cup semifinal in Australia in the latter stages of the match.” Ana Ivanovic will now face Russian Alisa Kleybanova in the quarterfinals.

Later in the evening, the Porsche Tennis Grand Prix then also came to an end for the last German player in the singles when Angelique Kerber was defeated by Carla Suarez Navarro 7-5, 6-4. The Spaniard, who lost in two sets to the German No. 1 in Sydney at the beginning of the year, impressed with her quick footwork, her consistency and a technically perfect backhand. “I thought I could turn the match around right up to the end,” said Porsche Team Germany’s Angelique Kerber, “but she played really well and hardly made any mistakes.” She herself also felt the after effects of the Australia trip and often was a little late to the ball. “But it’s no excuse as Suarez-Navarro was a deserved winner,” she continued. The 25-year old Spaniard will now face Italian Sara Errani in the quarterfinals.

The last quarterfinal place has been filled by Svetlana Kuznetsova

The last quarterfinal place has been filled by Svetlana Kuznetsova. Ranked No. 29 in the world, the Russian, who won the 2009 Porsche Tennis Grand Prix before going on to win the French Open in the same year, beat Simona Halep from Romania. The year’s most improved player, now the world No. 5, was one of the favourites going into her first appearance at the Porsche Tennis Grand Prix in Stuttgart but bowed out to the experience of her opponent. Svetlana Kuznetsova will now play Görges’ conqueror Ana Ivanovic in the round of the last eight.

In the day’s last match, the German pairing of Kristina Barrois und Annika Beck succumbed in the doubles against the world class team of Cara Black (Zimbabwe) and Sania Mirza (India) 6-3, 2-6, 10-8.