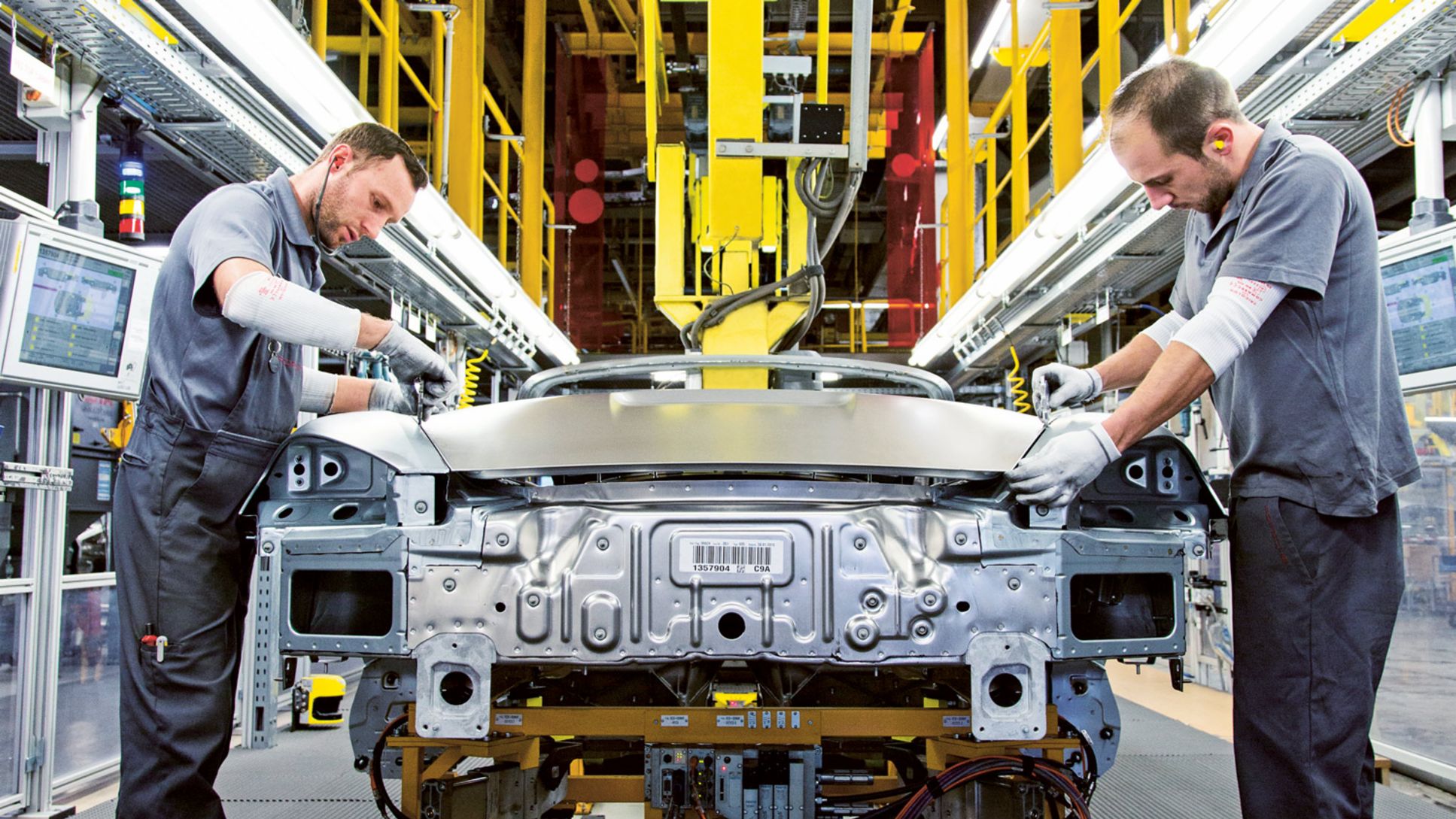 Zuffenhausen is the heart of Porsche. Porsche Newsroom is presenting a series of articles describing the main plant and its key players in detail. Part 1: The basis of success.

It was March 1950 when Porsche started in Zuffenhausen what has become a legend today. Production of the 356 was launched in halls, which were rented in those days. At the beginning, the production target was only a modest 100 vehicles per year. But success encouraged Ferry Porsche to realise his vision of "driving in its purest form". Ten years after the début, more than 25,000 sports cars had been produced. At the same time, Porsche grew steadily.

From an artisan workshop into a highly modern production centre

Over the decades, the main plant visibly changed from an artisan workshop into a highly modern production centre. Today, 200 sports cars from the 911 and Boxster series are produced on the same assembly line every day – in a 100 per cent model mix totalling 29 derivatives. To this can be added the petrol engines for all the Porsche model series. Artisanship remains a major part of work in Zuffenhausen, as before.

"Porsche is evolving from a medium-size company into a large corporation. We will continue to expand our strengths in the flexible production of highly customised cars," said Dr Oliver Blume, Member of the Executive Board for Production and Logistics. Porsche is therefore investing heavily, for example, in a second engine plant, a new training centre and office and service buildings. A new coachbuilding plant is also in the planning stage. As Uwe Hück, Chairman of the General Works Council, pointed out: "When I look at developments in Zuffenhausen – the birthplace of Porsche – I can only say that my dream has been fulfilled. Porsche is in a better position than ever before. No matter where we look, all the signs point to growth. Among other things, we have safeguarded jobs and created many more."

In particular, the diversity of models in production requires a maximum degree of flexibility from each employee. "We mainly achieve this by having a qualified team," emphasised Wolfgang Reiß, Plant Manager at Zuffenhausen. This is accomplished by offering advanced training schemes, for example. "Besides internal measures, the Group also offers employees the opportunity to gain additional qualifications at other Porsche plants. This has significantly extended the range of qualification opportunities, especially in the quality sector," explained Jens Wilk, Head of Quality Analysis at the Zuffenhausen plant.

Reiß pointed to the high level of identification the workforce has with Porsche and the low fluctuation of staff: "Many employees have worked for us for more than 20 years so they have a very high level of technical knowledge and are highly qualified." This also applies to colleagues in the upholstery shop – a field of production that only very few manufacturers cover today. "It's a genuine unique selling point of Porsche in general and Zuffenhausen in particular," said Reiß. Here again artisanship is in demand. The 280 highly specialised employees make sure that every stitch sits properly. This applies to every single seam in the cockpit. The priority here is diligence. Almost every customer wish is fulfilled.

The fact that the high quality of the sports cars can be guaranteed across all plant units is closely related to the production processes. "These must be appropriately planned and secured to reduce fault probability to an absolute minimum," said Carsten Dickhoff, Head of Quality at the Zuffenhausen plant. One milestone here was the reorganisation of the Production Division in 2013. This regrouped the former decentralised quality organisation at the plant to form a single plant quality department.

"This was an important step in view of rising production volumes, the increase in the number of derivatives and growing quality requirements," said Dickhoff. In addition, by resynchronising the production line, the work processes could be structured and distributed so that within a short period about 60 additional vehicles per day could roll off the assembly line.

In Part 2, the Porsche Newsroom shows how production and logistics smoothly intermesh.