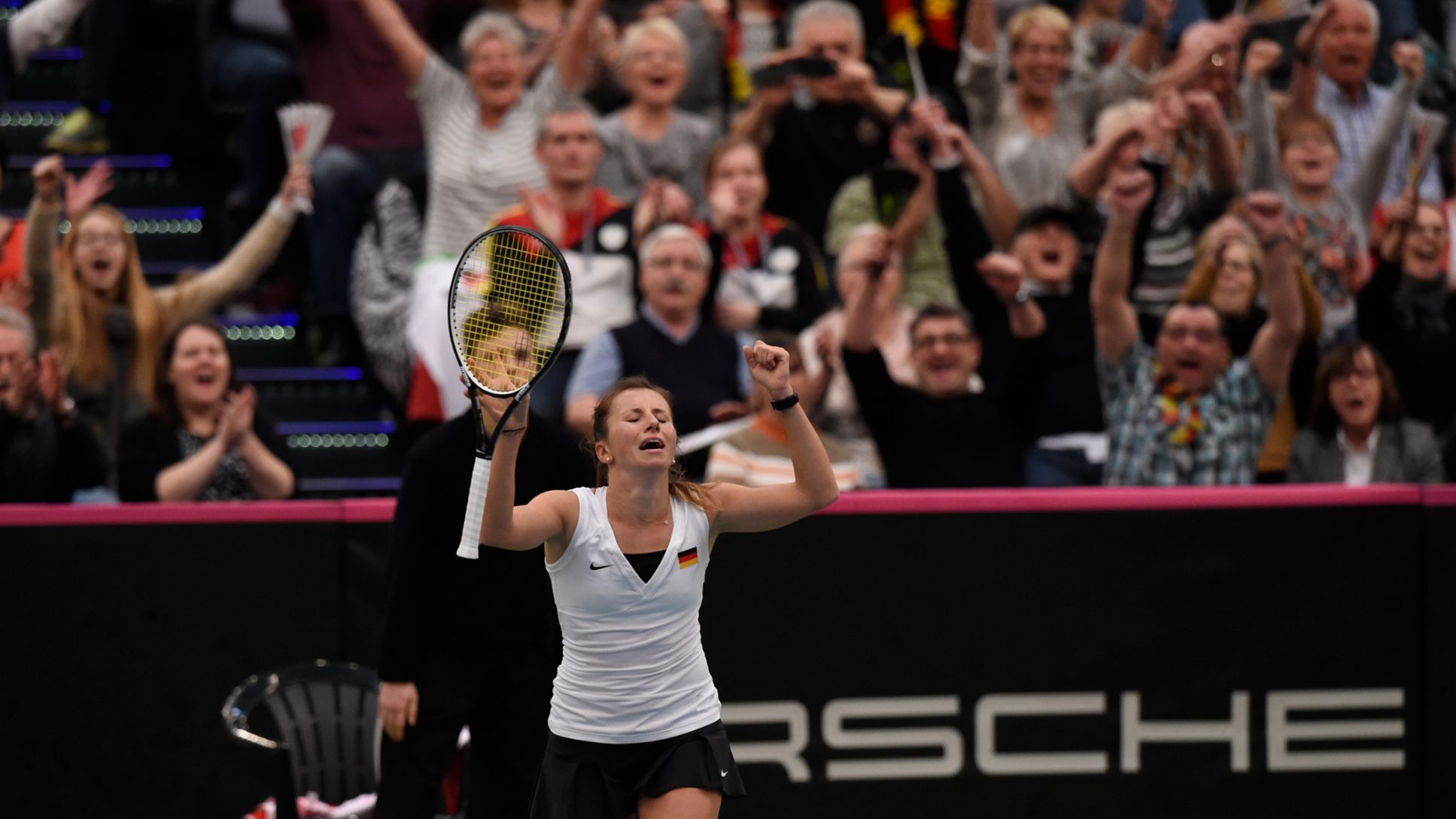 The Porsche Team Germany battled all the way against Switzerland for a place in the Fed Cup semi-final. In the end it was a narrow defeat.

Played in the sold-out Hall:One in the Leipzig Exhibition Center in front of 4,200 spectators, the final doubles had to decide the destiny of the tie on Sunday after the four singles had ended all-square at 2-2. Eventually, it was the guests that came out on top when Martina Hingis, the world’s best doubles player, partnered Belinda Bencic to a 6-3, 6-2 win against Andrea Petkovic and Anna-Lena Grönefeld.

“It was a fantastic Fed Cup weekend. It was a real pleasure to play here in Leipzig. The crowd was absolutely magnificent,” said team captain Barbara Rittner. “We gave it everything. We had a hoped we could pull it off right up to the end. Anything can happen in the Fed Cup. But then unfortunately in the end, it wasn’t enough. Switzerland was simply better on this occasion.”

Kerber faced Bencic in the first match on Sunday

After levelling the scores at 1-1 with a straight sets win against Timea Bacsinszky on Saturday, Porsche Team Germany’s Angelique Kerber faced Belinda Bencic in the first match on Sunday. The Porsche Brand Ambassador, who, despite the exhausting last seven days, put herself on the line for Barbara Rittner’s team but narrowly lost the hard-fought first set in a tie-break. In the second, she had little left in the tank against the rising Swiss youngster and eventually succumbed 6-3.

“I gave it everything I had but during the first I noticed that I was slowly running out of energy,” said the Porsche Brand Ambassador who one week previously had won her first Grand Slam title in Melbourne. It was the biggest success of her career. “Belinda is a very good player. She took advantage of the situation and was a deserved winner.” For Barbara Rittner, the world number two was nevertheless also a winner. “She fought right up to the last rally for the team. But her tank was empty. Against most players, it would have been enough, but not against a Belinda Bencic in top form. Compliment – she’s got a really bright future.”

The second match of the day saw Annika Beck made her Fed Cup debut as a singles player against Timea Bacsinszky. The Bonn-born player, who was initially supported in the Porsche Talent Team Germany and who went all the way to the last 16 at the Australian Open where she lost to Angelique Kerber, celebrated a perfect start. Seemingly unconcerned by the extreme pressure and the big expectations with the score 2-1 in Switzerland’s favour, she, after appearing a little nervous at the start, played brilliantly to keep Germany in the race for a semi-final place with a 7-5, 6-4 victory.

“I was naturally under enormous pressure. It wasn’t easy. If I’d have lost then the dream of reaching the semi-final would have been over,” said Annika Beck who had been cheered on by the ecstatic 4,200 crowd. “But I tried to play for Angie and the team. It made me get stronger and stronger. It’s an unbelievable feeling to win such an important match in such a fantastic atmosphere.”

The doubles had to decide

After Annika Beck’s win, the doubles had to decide which team was to advance to the Fed Cup semi-final. Team captain Barbara Rittner nominated Andrea Petkovic and doubles specialist Anna-Lena Grönefeld, who promptly got off to a quick start. As the match wore on, they however could not match the power of Martina Hingis and Belinda Bencic – the most successful player of the Fed Cup weekend with three wins. The first set was won 6-3 by the impressive Swiss duo who proceeded to wrap up the second 6-2 to hand Switzerland a berth in the semi-final. 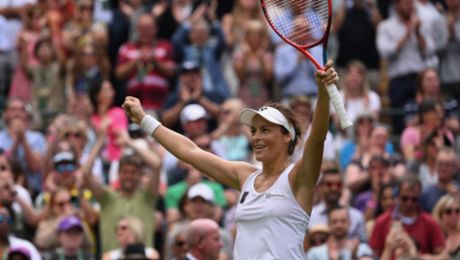 Tatjana Maria is living her tennis dream in Wimbledon. In a sensational quarterfinal, she beat Jule Niemeier. 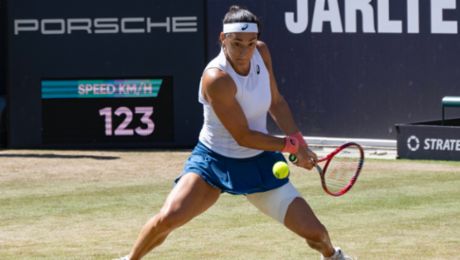 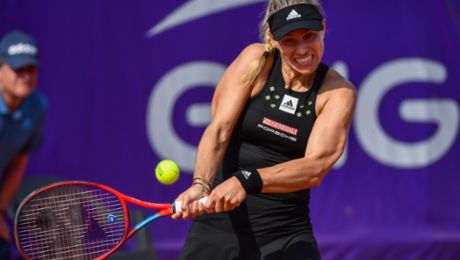