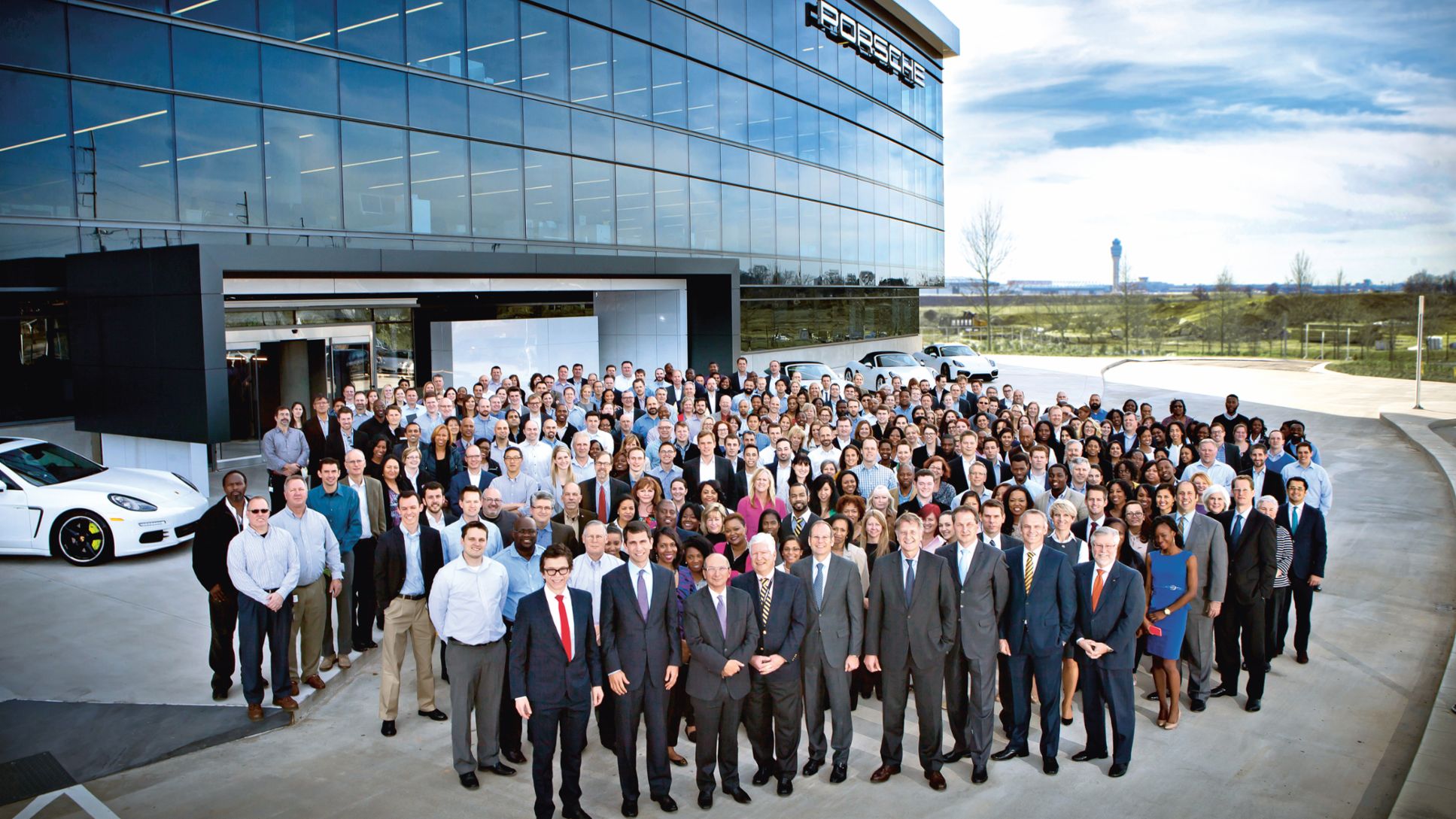 The new US company headquarters are the largest foreign investment in the history of Porsche. It is presented in a series of articles. Part 2: This is how employees work at One Porsche Drive.

In future, around 450 full-time workers will work at the location in the US State of Georgia, of which over 300 at PCNA and 150 at the other Porsche subsidiaries. A total of about 100 new jobs will be created at the site. As PCNA HR manager Dr. Astrid Fontaine said, all the facilities at the company headquarters are highly modern. "It was extremely important for us to design an open-plan working environment to promote communication and exchange between employees."

During the construction phase, she was responsible for the "Move and Cultural Change" project, which had the aim to move the work force and bring about the cultural change. "Before the move, we gave a lot of thought to our culture at OPD, the open-plan environment and daily contact with customers," she said.

"There is an increased "we" feeling"

A special workplace training course was therefore established and was communicated to the employees. "One Porsche Drive is more than just a block of offices. Besides the cultural change to open-plan offices, our employees must also take the step to make direct daily contact with customers. This requires the right attitude and etiquette to represent the Porsche brand at all times."

In addition, many volunteers from the workforce supported the project, so that the employees had ample opportunity to bring to bear their influence. "The atmosphere has become very positive since our move here. There is an increased "we" feeling because the four Porsche subsidiaries have been brought closer together," said Thierry Kartochian, CFO of PCNA in summary. This is an impression that is also shared by Ross Dupper, CEO of Porsche Financial Services North America. "Nothing replaces the principle of short distances, especially in the age of digital technology. The employees have started talking to each other again instead of sending mails. This noticeably encourages direct contact between employees."

The well-being of the work force at OPD is also promoted by ergonomic workplaces, an in-house cafeteria, a fitness centre, and flexible working time models. "Flexible working time is essential since the majority of our colleagues live in the northern part of Atlanta not far from our former headquarters and many of them now have to commute over greater distances," explained Dr. Fontaine.

Commuter programmes were therefore developed to make the longer journeys easier. "Our flexible working hours are based on a core time of 10 am to 3 pm," said Dr. Fontaine. This allows employees either to start work very early to avoid the rush hour – such as Tamika Money – or to start later and then travel home after peak hours in the evenings. Those who commute by public transport are reimbursed by 50 per cent of the monthly ticket costs – also thanks to a state subsidised programme. In addition, employees have the opportunity to do teleworking from home for up to two days a week. 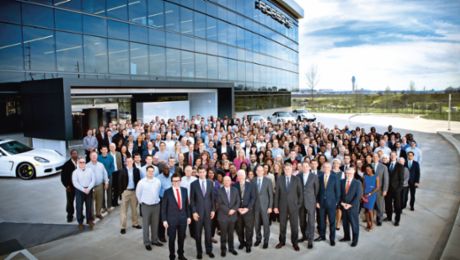 Part 3 about the new US company headquarters.

Part 1 about the new US company headquarters: How One Porsche Drive arouses enthusiasm. 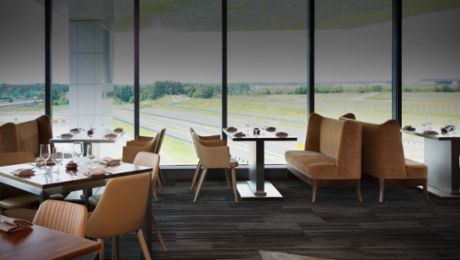 The restaurant sits on the complex of the Company’s US headquarters. 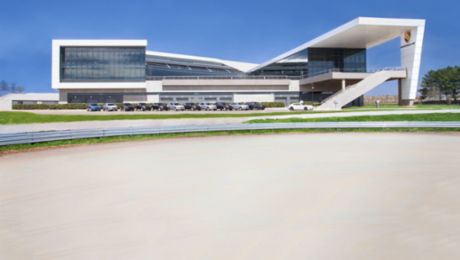 The $100 million Porsche Experience Center and headquarters opened its gates.