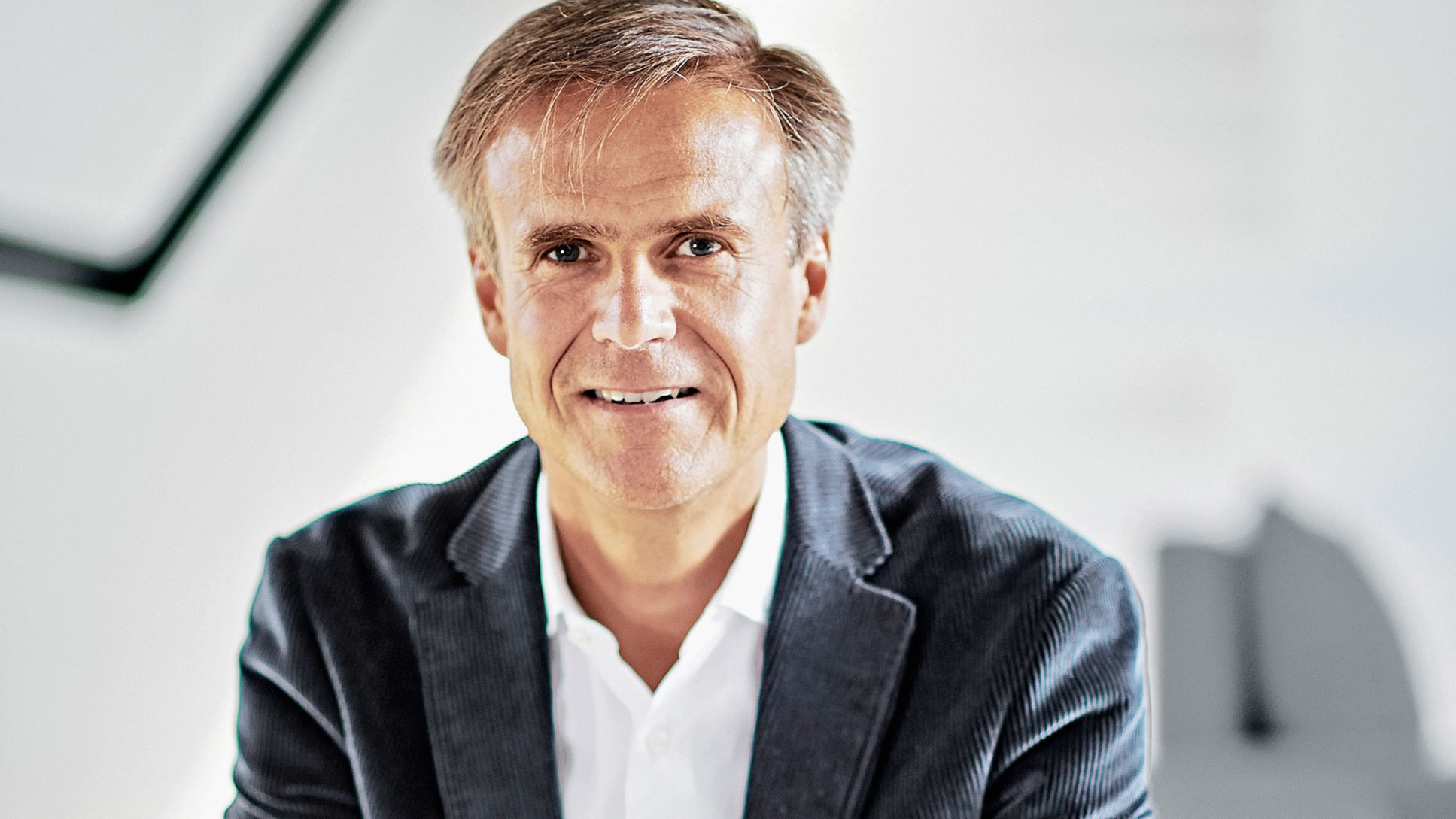 “There are no limits at the start.”

When Michael Mauer put pen to paper to sketch out his design for the first Porsche Panamera, he accepted a new challenge and embarked on a venture into new territory – both for himself as a designer, and for Porsche as a brand. An interview.

The success of the Panamera has since proven that the Chief Designer was justified in taking this risk. But the new Panamera brings a whole new set of challenges to the table – both for Porsche and the designer.

Michael Mauer, how prepared does a designer need to be to take risks?

Designers need to be courageous; our job is to continuously provoke discussion and present alternatives for debate. The real question is this: How far do we go? And how good is my relationship with my bosses?

How do you know whether the decisions you make go far enough or whether you've actually gone too far?

You can gauge that pretty effectively from the initial reactions you receive when you introduce a model in-house, and the relevant people immediately exclaim: “That no longer looks like a Porsche”, or “That no longer looks like a VW”. Then you know that you've gone a step too far and the design is not readily comprehensible for someone who hasn't worked on it so intensively. But if you're convinced of the merits of what you're proposing, then it pays to fight for it.

So in essence, do you encourage your designers to come up with courageous solutions?

You'd have to ask my colleagues to get a true answer to that question. I create an environment where there are no limits at the start of a project. But I'm also the one who pops up and says: “Guys, I don't like that, we've taken it too far...”. So although I'm the person who encourages a little risk, I'm also the person who applies the brakes.

Not necessarily, even if beauty is in the eye of the beholder. Courage is always found in that fine line between introducing differences for the sake of it and introducing differences to make something better. But what does 'better' even mean? There have been many designs that were courageous, but that were ultimately not successful when brought to market. The courage was there, but the designs were obviously lacking in beauty.

What characterises courageous design for you?

A good indicator of courageous design is when I notice that someone looking at the design isn't simply standing there taking it all in, but instead responds with: “Wow, I'm surprised!” That tells me that we have gone a little further than people expected us to go. This is precisely where the difficulty lies, because sometimes you go too far. It's exactly the same in day-to-day life. I ski regularly, including off-piste, and that does take a certain amount of courage. But if you're too courageous, it could cost you your life.

Yes, I think it is. The more experience you have and the more you master a particular skill, the more you can trust your gut instinct. The younger and more inexperienced someone is, the more likely they are to be driven by adrenaline, and tend towards being too courageous.

Do your limits fall as your experience increases?

No, I don't think so. Your limits can go up too. With the benefit of experience, I'm more adept at assessing risks. The older I get, the more courageous I can be, because I have the experience and knowledge to know which steps to take and what the best path is. But of course, my limits may also fall, because experience has taught me to go this far and no further.

A quick-fire question: Give us an example of a successful and courageous design.

You had to say that!

No, in all seriousness, breaking into a whole new segment with a saloon that didn't follow the classic three-box design was a courageous move. Another example is my Lancia Stratos from the 1970s. Compared to the other sportscars of the era, it is a clear design anomaly – and although it was a successful rally car, it didn't become a top seller. However, it would have been a good purchase if you hung onto it, because they're ridiculously valuable these days.

What about design outside of the automotive industry?

The iPhone is definitely a design classic. But what really fascinates me is the Dyson fan. For hundreds of years, fans have had blades, then all of a sudden this completely new thing comes along without them. It's amazing that it actually works.

Do any examples of design at the opposite end of the spectrum spring to mind: perhaps a car design that was risky but turned out to be a total flop?

Hmm...that's a hard question so late at night...maybe that SUV? That really ugly one. I can't remember the name.

The Fiat Multipla springs to mind...

Well, there are a few things to say about that one. It's actually a great concept: There's space for three up front and the side windows are near vertical to provide more shoulder room, but it was never really well-received by the market.

In more general terms: Is the propensity for risk declining in our society, compared to the adventurers and explorers of previous generations? Someone like Columbus just set sail; now, we try to predict every eventuality using simulators and projections.

It's a difficult question. In principle, I believe that we can't continue to progress as a society if we don't show any willingness to try out new things, even if doing so entails some level of risk. But I definitely agree that previous generations of explorers and circumnavigators were in a class of their own. Even older generations of racing drivers, too – they thought nothing of hurtling round a track at 300 kilometres an hour with no helmet, just a leather racing cap. They were definitely more courageous, perhaps even too courageous.

Back to design. Are designers a little bit scared of the final product, perhaps like goalkeepers are a little apprehensive about being in goal for a penalty kick?

I wouldn't say we're scared of it. But we do feel a huge sense of responsibility. When you understand that the success of a model is hugely dependent on its design, and you know that, in turn, jobs and the overall success of the company are riding on the success of that model, then it becomes clear why designers don't take decisions lightly. On the other hand, if I've been working on a model intensively for two years and I've seen many different designs come and go, then I know when I make a decision that it's the right one.

In your CarWash contribution for Ramp #32, you told us that the original Panamera was the very first project you managed. What does the Panamera mean to you?

The Panamera is a car that is very close to my heart. I should mention at this point that, although the Panamera was the very first project for which I managed the development process from start to finish, we did do a few other things before that, such as the 997 GT3. As I explained before, the decision to make the Panamera wasn't an easy one, but we all agreed within Porsche that the world did not need yet another conventional saloon at that point.

What sets the new Panamera apart?

We've stayed true to the basic concept with a fastback design, but we've subtly changed the proportions of the car. Overall, the car has shifted backwards a little, more onto the rear axle, and I personally think the design is now more reminiscent of the GT.

You currently drive a Panamera. Why?

For me, it's a car that gives you the best of both worlds. When I shift all the settings to sport mode, it's a fantastic sportscar, and when I open the boot and fold the rear seats flat, I can fit all my sports equipment in. My problem is that I can never decide whether I prefer black or silver.

I'm not sure. When I have a black car, I always find myself thinking that a lighter one would be better, so that the graphics on the side windows would be more prominent. You spend so long fine-tuning these details and pace around the car hundreds of times to try to make it that little bit better, but you still end up with a black car with black window trims, and you can't even see the graphics. On a silver car, the graphics look fantastic, but then I can't help but remember how beautiful the Panamera is in black.

Up to now, we've only seen the tip of the design iceberg. When you consider how much drive and chassis technology has advanced over the past 30 years, designers have had to keep pace with that change and develop with it; we have striven to develop brand and design languages that emphasise our products' identity to a greater degree. With the technologies now available to us, we have more scope to do this than ever before. As a result, I think that design is only just starting to get really interesting.

Particularly as electric mobility creates completely different requirements in terms of the vehicle concept compared with a conventional combustion-powered car?

Previously, you started with the technology and the people, and you had to choose between a large car, small car, lots of people, lots of luggage. But increasingly, technology is no longer a limiting factor. Now we ask ourselves: Should we use the available space for passengers or for luggage? Apart from this consideration, you can in principle create something as flamboyant and dramatic as you want around that space – like the Maybach at Pebble Beach, for example.

So you're excited about the future?

Absolutely – particularly because I believe that design is going to become even more important in the future than it has been before. Over the past years, we have fought to be viewed not just as creative fantasists and artists, but to prove that design can drive great change. Companies like Apple have played a huge role in this shift. But it's not my style to start making demands. I'm a person who prefers to bring something to the table and put forward ideas that no-one else has thought of. I want our colleagues to know that working with designers pays off.

Born in 1962, Michael Mauer studied car design at the respected Pforzheim University of Applied Sciences. From 1995 onwards, he led various projects at Mercedes-Benz, including stints working on the SLK, SL and A-Class models. In 2000, he was appointed Executive Director of Design at Saab, where he designed the 9-3 and 9X models, before joining Porsche in 2004 as Chief Designer, where he has developed models including the Panamera, Cayenne and 918 Spyder. Since 2015, Michael has also headed up the Design division of Volkswagen AG. 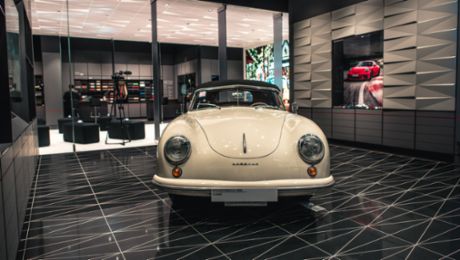 The first Porsche Studio in Southeast Asia has opened its doors in one of Asia’s most dynamic cities. 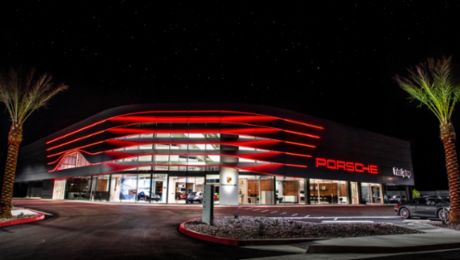 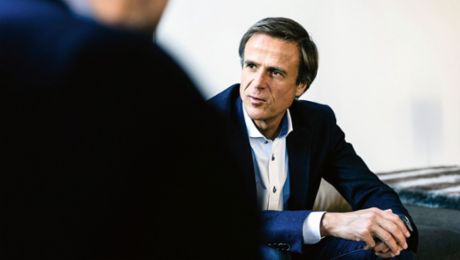 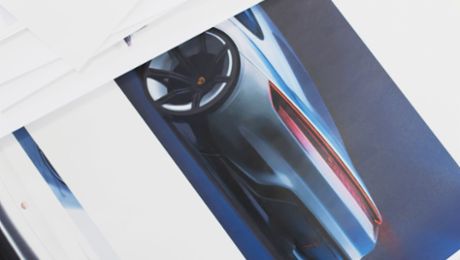 Design: Giving form to the future

Challenges and opportunities facing design? We talk to the people who are shaping the future of Porsche.