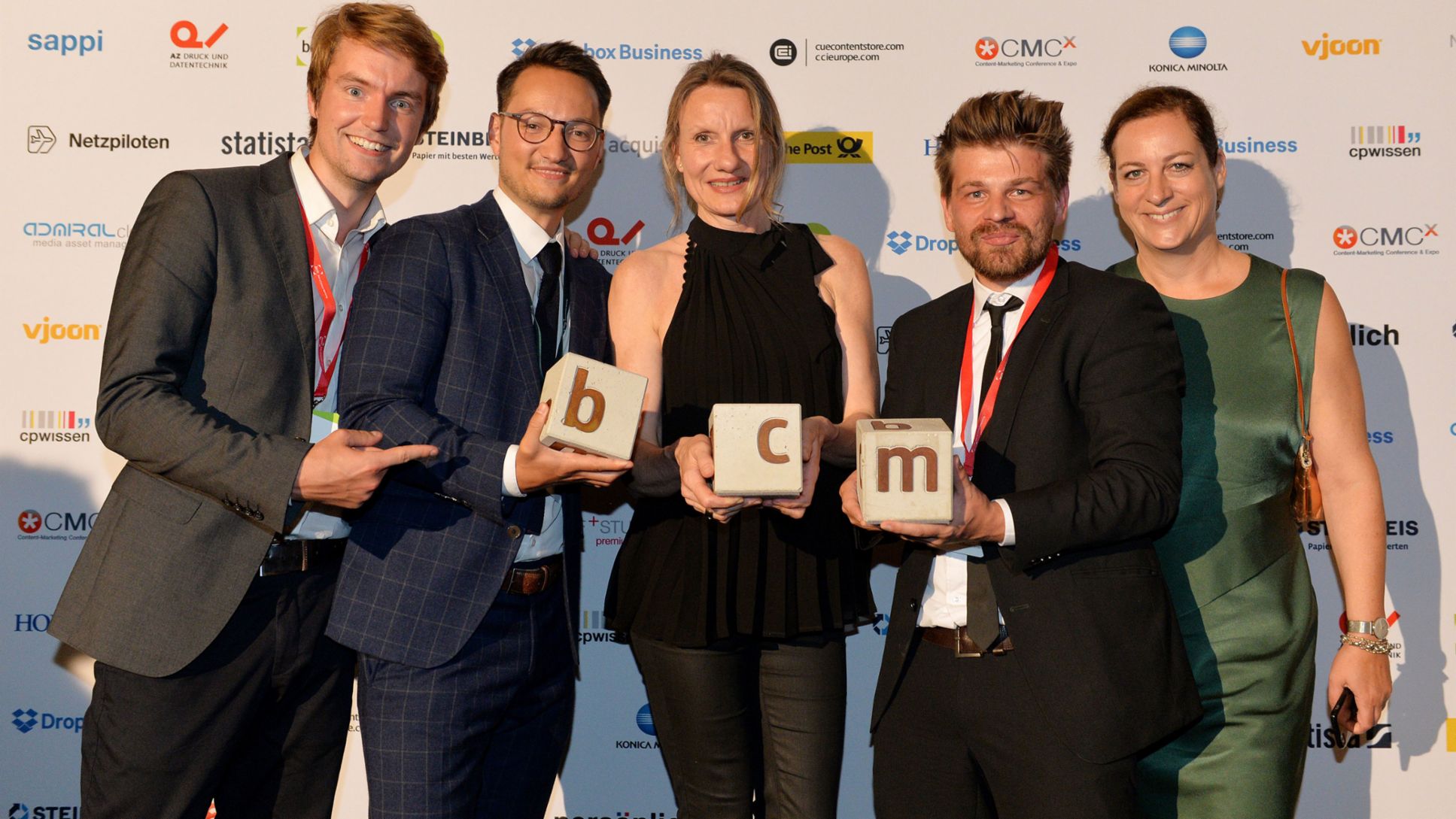 Porsche media cleans up at the BCM Award

Four golds and three silvers: Porsche cleaned up at the “BCM Award”, winning seven awards in total at the biggest prize competition for corporate publishing in Europe. The company's victories included a gold award for Porsche Newsroom as the best website/app.

The panel of judges concluded that Porsche Newsroom was “an ideal mix of information and entertainment” and praised the fact that all content-related and technical possibilities have been explored in full, to name but one example.

The new Porsche Newsroom was launched in March. Since the relaunch, the website has an improved structure and is even more intuitive and organised. New content has also been added, including the 9:11 Magazine, which was nominated for two of the BCM Award categories. “Walter’s Courage”, which appears in the first episode of the new web TV service from Porsche, won the prizes for the best film and the best interview. The verdict was as follows: “Walter’s Courage is by far the best film of the year, both technically and with regard to the editing work. The judges have seldom seen such an authentic, believable and emotionally engaging performance from a famous protagonist in front of the camera. The film used a first-class, understated approach to associate “courage” with the Porsche brand, which was in keeping with the issue of the 9:11 Magazine of the same name.”

The fourth gold award to go to Porsche was for the ORIGINALE catalogue. The “Teile Typen Technik” magazine won first place in the “sales” category and second place in the “best automotive magazine” category. The Annual Report/Sustainability Report from Porsche AG also won silver in the “Reporting” category.  The Christophorus customer magazine won silver in the “cover of the year” category for issue 378: Martin Schoeller, one of the world's most important contemporary portrait photographers, photographed the Porsche LMP1 drivers during the WEC races at the Nürburgring (article) immediately after the drivers had switched in the pits.