Porsche extends its commitment to hosting the Leipzig Opera Ball

An important update on the 24th Leipzig Opera Ball – Porsche announced that it will host the ball again next year.

For the last six years, the company has donated the main raffle prize: a Porsche sports car. And all for a good cause: "The Leipzig Opera Ball is now a fixed date in the Porsche calendar. In previous years, our main prizes were able to help the Opera Ball raffle to generate record amounts. We would like to build on this great success by extending our commitment," says Oliver Blume, CEO of Porsche AG.

The highlight of the evening was the raffle draw with a special appearance by Porsche brand ambassador Patrick Dempsey. The lucky winner of the evening was Yvonne Franke from Halle an der Saale, who was delighted to be presented with a 718 Boxster in GT Silver Metallic with red top and a leather interior of the same colour. This is a combination which references the 70th anniversary of Porsche sports cars as it corresponds to the configuration of the Porsche 356 "No. 1" Roadster – the 1948 sports car that was the first to be built under the Porsche name. It has a sporty total power of 300 hp (220 kW; Fuel consumption combined 9.0 – 8.2 l/100 km; CO2 emissions 205 – 186 g/km), can accelerate from 0 to 100 km/h in just 4.9 seconds, and has a top speed of 275 km/h – making the mid-engined sports car the epitome of the sports car world.

All of the raffle tickets were sold over the course of the evening and the total sum raised will be going to the "Leipzig hilft Kindern" foundation, which supports projects involving children in and around Leipzig. This year, one of the beneficiaries will also be the "großstadtKINDER – Theatrium" association. Here, children and young people can carry out theatre-based projects under educational guidance. Since the 2011/2012 season, children can also get to know what goes on behind the scenes in the costume and make-up workshop. An important part of the work is combining the educational remit with a high artistic level. The "Theatrium" is also a meeting place for children and young people from different social backgrounds. The associations "Wolfsträne" and "Bemmchen-Leipzig" are also to benefit.

"Porsche is part of Leipzig. We have now been producing sports cars in Saxony for 16 years, are an employer to thousands of people, and have found a home from home here. We feel it is important to be more than an economic driving force in the region; we would like the city and the people to have a share in our success. This is why I am delighted that Porsche will again be part of the Leipzig Opera Ball this year," says Gerd Rupp, Chair of the Executive Board of Porsche Leipzig GmbH.

This year is the sixth time that Porsche has supported the Leipzig Opera Ball. The commitment shown by the sports car manufacturer to Leipzig also includes a wide range of social, sports and cultural activities that highlight the connection of the site to the city and the state of Saxony. This is why, since the 2011/2012 season, the sports car manufacturer has also supported the Gewandhausorchester Leipzig, making tours and concerts, such as the popular "Klassik airleben" concert series, possible. "Porsche Safari" is the latest addition to the portfolio. It is an environmental project on the green areas of the plant site. 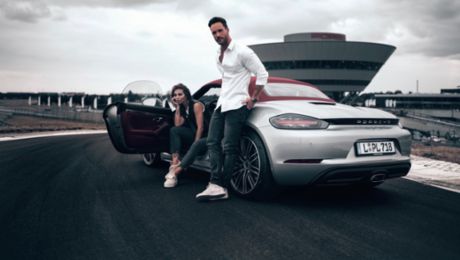 “Ahoj Česko” – on the trail of the Leipzig Opera Ball

Before the Leipzig Opera Ball, Magic Fox and Masha Sedgwick tested the 718 Boxster on a road trip to Brno. 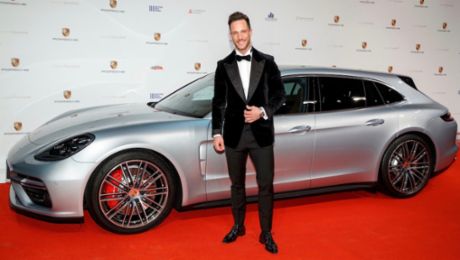 Social media star Magic Fox has the night of his life at the Leipzig Opera Ball. His day in retrospect. 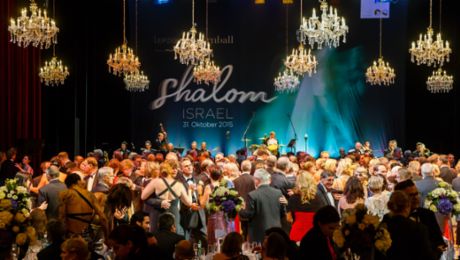 Porsche will renew its contract with Opernball Leipzig Production GmbH. 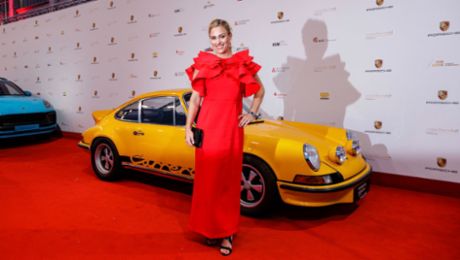