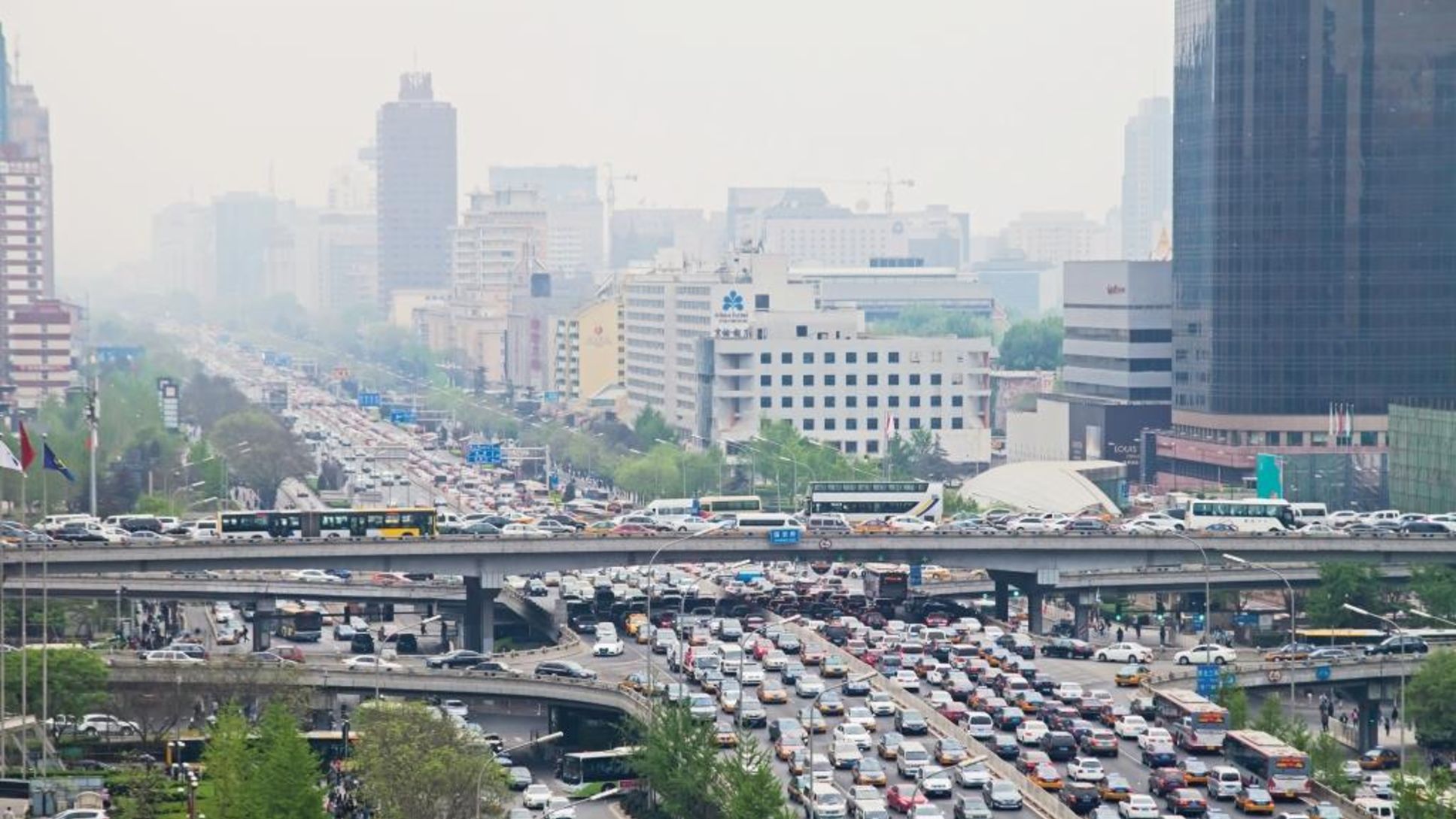 Revolution in the automotive industry

How does mobility tomorrow look like? Interview with futurologist Lars Thomsen.

Mr. Thomsen, will automobiles even exist in future?

Yes, but several basic aspects related to automobiles and individual mobility will change fundamentally over the next ten years. This will particularly be the case with regard to drive systems and autonomous capability, or "intelligence". However, there will also be a change in the way we view the concept of individual urban mobility. In other words, we're on the verge of several upheavals.

Some people are predicting that the significance of the automobile as a status symbol will decline rapidly.

Most people still view their cars as a very important and also emotional part of their lives and their culture of mobility. However, more and more people in big cities, and especially young people, want to be able to use cars but don't necessarily want to own one. The mobile Internet allows them to choose the most efficient form of mobility for a given situation, which in many cases is not an automobile. In general, these people no longer view cars as status symbols but instead as one mobility option among many. This trend is growing in line with the increasing availability of car-sharing services, and it will expand even further with the advent of fully automated urban vehicles in future.

What will the car of tomorrow actually be like – in terms of drive system technology, for example?

The combustion engine has been the dominant power source for cars and trucks for more than 100 years now, but like every other technology, it too will be replaced by something better at some point. Electric cars are much more dynamic, require less maintenance and consume fewer resources. Up until now, however, the lack of powerful and reasonably priced batteries has prevented electric vehicles from achieving a major breakthrough. Nevertheless, we will very soon reach the point where pure electric drives will be cheaper than combustion engines and hybrids. We will reach this point on a global scale before 2020 in fact. In around ten years, according to our calculations, we will rarely see vehicles equipped with combustion engines coming off the assembly lines anymore. However, this doesn't mean that such cars will lose their special appeal, especially since they'll then be viewed as classics. It's just that more and more cities will tighten restrictions on vehicles with combustion engines – and the autonomous city pods we expect to see starting around 2022 will all be electric.

Why is this development so important?

It's already the case that our children no longer accept the way we use energy and finite resources, or how we deal with climate change. In ten years, it will be difficult for us to explain to them why we didn't act differently, given our level of knowledge and our moral codes, and especially given the fact that we already knew there were effective solutions available. In Germany, for example, we already generate nearly twice as much electricity from renewable sources as all passenger cars in the country would need if they all ran on electricity. We're talking here about energy we produce ourselves and energy that does not harm the global climate. Moreover, providing such power for electric cars would be four times less expensive than the imported fossil fuels we use today. The large-scale use of electric cars would also offer a partial solution to the problem we currently face in terms of a lack of storage media for energy from renewable sources. In addition, I would point out that the raw materials used for the batteries in electric vehicles do not pose any problem. For example, more than 98 per cent of the materials used in lithium-ion batteries are recyclable and non-toxic. Moreover, when you consider that a car with a combustion engine consumes more than 20,000 kilogrammes of non-recyclable fossil hydrocarbons throughout its service life, and thus produces around 70,000 kilogrammes of greenhouse gases, then the roughly 300 kilogrammes of material in a battery doesn't really amount to much of an issue.

No, as I indicated, there are currently a whole range of megatrends that are changing our world. Megacities around the world with millions of residents are desperately looking to develop new urban mobility concepts that are not necessarily compatible with the products that are available today. Digitisation will also bring us to the point where computers will be able to carry out an increasing number of routine activities (and driving will be one of them) more effectively and in a more error-free manner than is the case with humans. In just five years, a computer will be driving us around in our new cars in most driving situations – and we will find this to be very cool and relaxing. At the same time, we will be able to enjoy and celebrate the old-style driving experience with traditional cars in our free time.

Does this mean automakers will become IT companies?

Yes, and IT companies will become automakers. What we're hearing now is that Apple plans to launch a vehicle as early as 2019. Google and other companies are working on autonomous vehicle systems that we might soon be able to use in major cities around the world. As a result, assistance systems and systems that connect vehicles with energy, traffic guidance and information networks will also become more and more important in the vehicle development process in future. The nature of expertise and value creation in the automotive industry will change and competition will become more intense. This will present tremendous challenges to the industry and related economic sectors.

Nevertheless, let's be honest: isn't all of this still a long way off?

A lot of things that appear normal to us today seemed like a dream of the future just ten years ago. Most developments follow a certain logic and are based on reliable data. Whenever there have been upheavals throughout history, you can always look back and retrace how it was that they came about. Our approach is to apply this principle to the future. Consider the following example: when you make popcorn, you heat up the corn kernels in a pot with hot oil (this is the trend) – and then nothing happens for a while. However, at a certain point the first kernel opens up because the water it contains turns to steam and this causes it to pop. The thing is that once this point is reached, nearly all the kernels pop within a few seconds. We refer to this as the tipping point, and it is relatively easy to calculate beforehand if you understand the basic principle. If you look at the technological transformations over the last 300 years, you'll see that this type of logic is involved in nearly every case.

Yes, but how can you know all of this – do you have a crystal ball in your office?

Yes, actually we do – but it's used more for decorative purposes. The work of futurologist is based on a good mixture of curiosity, the meticulous collection of facts and data, the development of understandable and logical models of future developments and a great deal of travel in order to learn about the people and companies that are working to shape the future. This also makes the work of a futurologist very exciting. The future is not a coincidence; it is shaped and invented by people who come up with new things. Ultimately, it is then the consumers who decide whether a given innovation actually improves their lives. It's as simple as that. 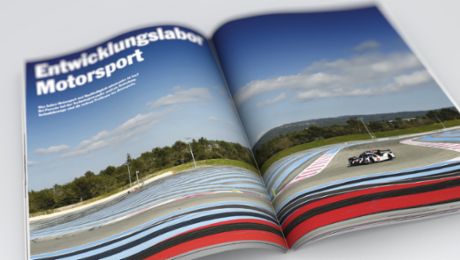 How will the company focus its future strategy in the field of sustainability? 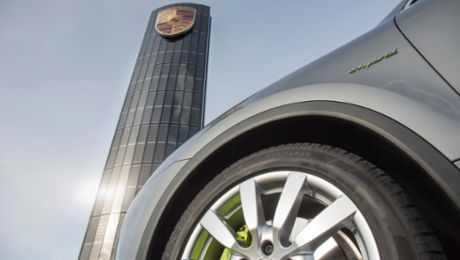 The first photovoltaic pylon has now been completed in Berlin. 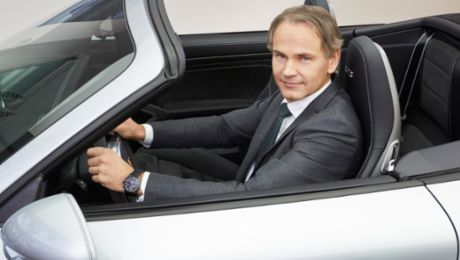 "The Mission E is coming"

Interview with the Chairman of the Executive Board Oliver Blume about the Mission E.