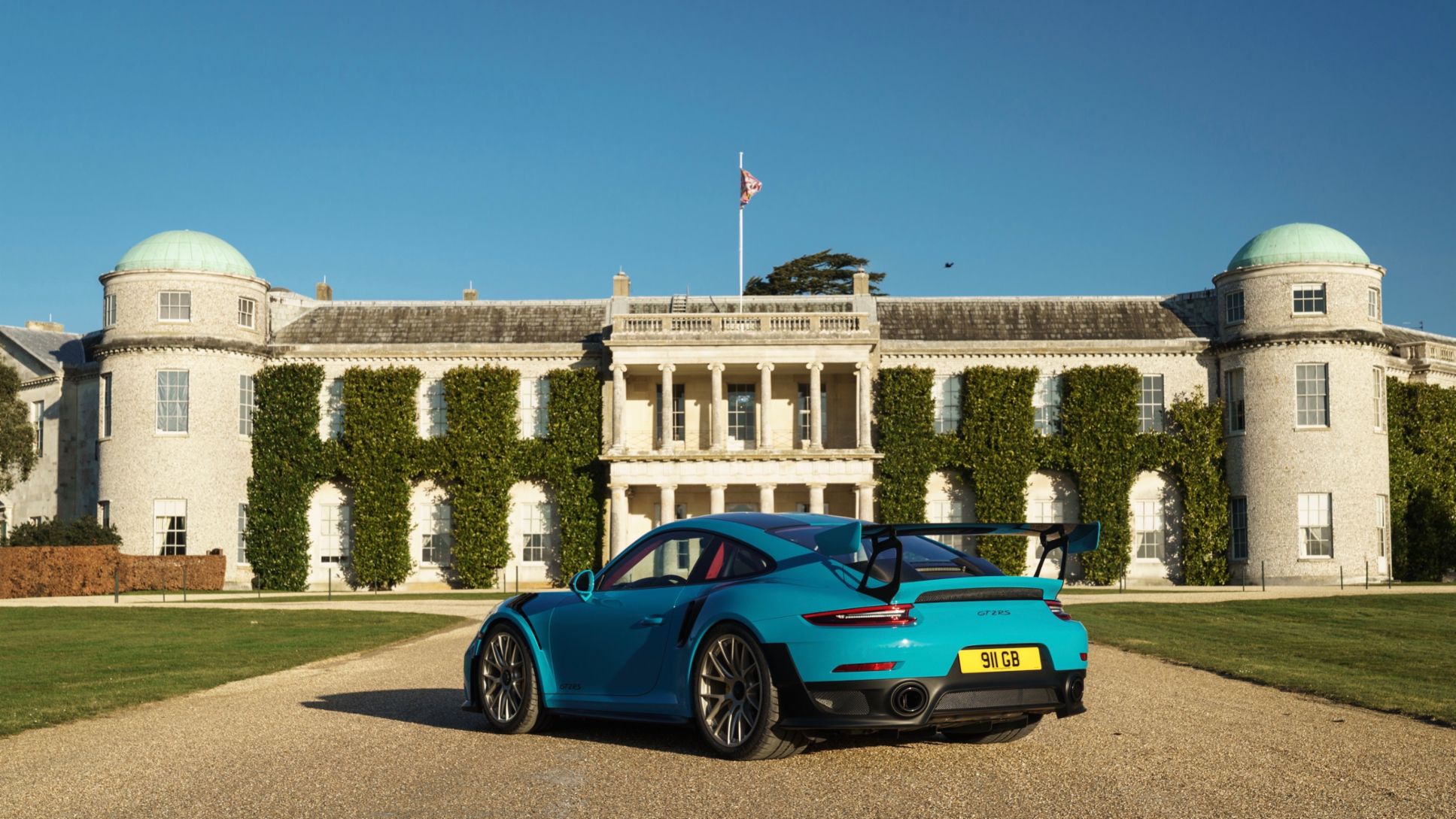 Porsche at the 2018 Goodwood Festival of Speed

Goodwood has announced that Porsche is to be the honoured marque at the Festival of Speed, which this year celebrates its 25th anniversary. The announcement coincides with the sports car manufacturer celebrating the 70th anniversary of the creation of its very first sports car – the 356.

“Porsche has been one of our most loyal and enthusiastic partners, supporting the Festival of Speed since 1995, and the Revival since 2010,” said The Duke of Richmond and Gordon. “This year Porsche will become the first manufacturer to create the central display at the Festival for the third time, underlining the huge contribution from this iconic manufacturer of world-beating racing cars and road cars."

Alexander Pollich, Managing Director, Porsche Cars Great Britain, commented: “We thought long and hard about how best to celebrate the 70th anniversary of our sports cars and how we could share this with enthusiasts, Porsche fans and owners here in the UK. The Goodwood Festival of Speed will be the perfect setting – allowing the cars that, over seven decades, have made Porsche so unique and so special, to be seen, and heard, in action. Watching a 917 spear its way past the famed ‘Flint Wall’ is a Hill highlight I’m very much looking forward to this July.”

The Hillclimb course runs through the centre of the event

A never-before seen parade of Porsche cars that have helped define and guide the company’s vision over the years – be it on race circuits or roads – will feature in action on the Goodwood Hill. Two participants that can be confirmed already include the company's crown jewel - the 1948 356 No 1 from the Porsche Museum in Stuttgart - and the most recent legend in Porsche motorsport history, the 919 Hybrid LMP1 race car, winner of the 2017 FIA World Endurance Championship.

Exhibits and displays at the Porsche Experience Centre

These will feature alongside static exhibits and immersive displays at the incredible Porsche Experience Centre. The Porsche stand hosts the company’s latest road cars, and this year will be joined by models that provide a glimpse into the future. Visitors will be able to participate in an exhilarating passenger ride in the all-new Cayenne, as well as take the wheel of a race car virtually via simulators.

At the heart of the Festival will be the Central Feature Sculpture - designed by artist Gerry Judah, who has been responsible for every one of the incredible, physics-defying works of automotive art created especially for the event. More details of this and the Porsche cars, both old and new, participating in the Festival of Speed will be released in the coming months.

More information on the Goodwood Festival of Speed can be found at www.goodwood.com.

Mark Webber and the GT2 RS at the 2018 Australian GP

Porsche Cars Australia has begun Australian celebrations of 70 years of the Porsche sports car in Melbourne.