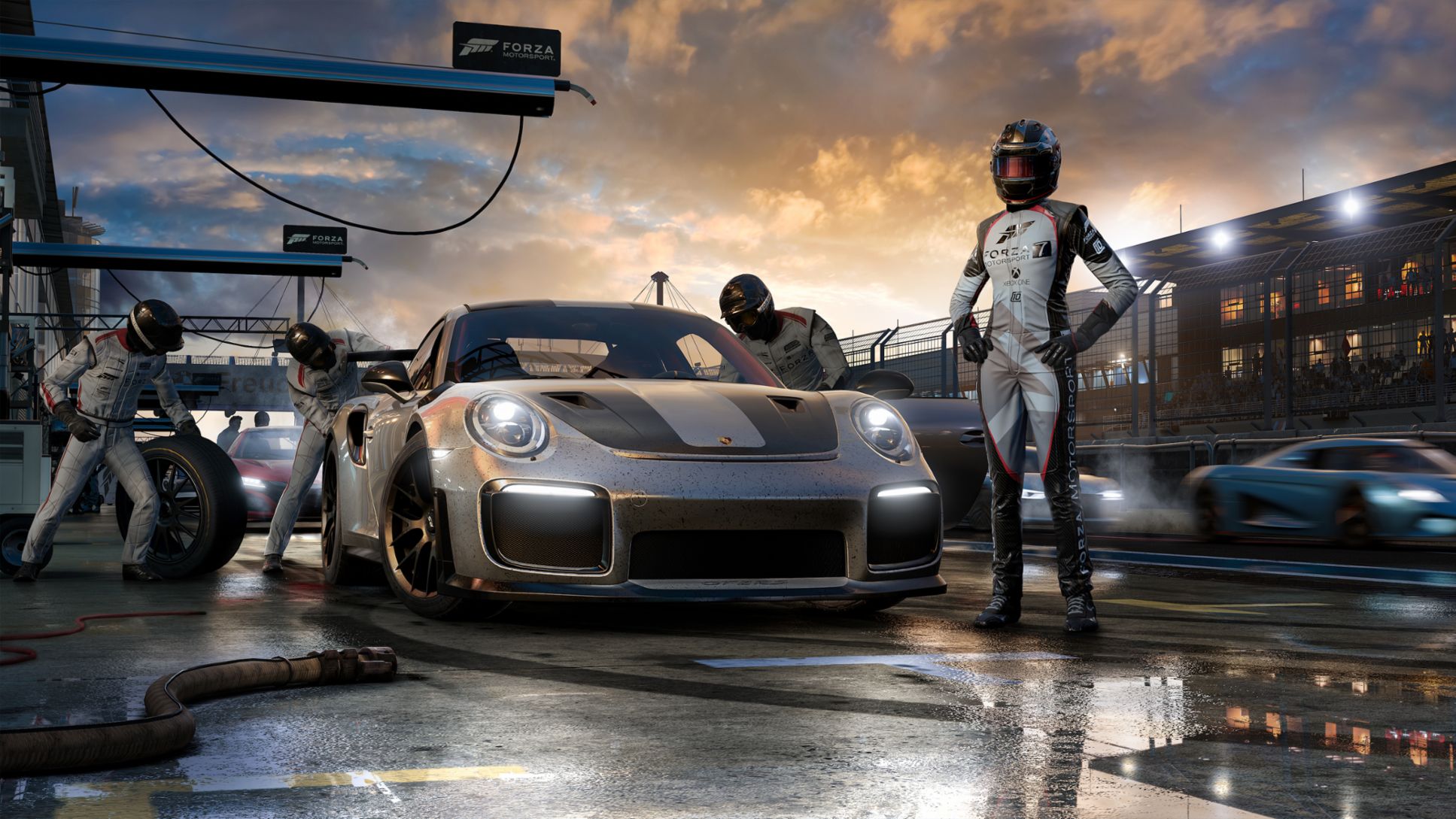 Reality and the virtual world blend into one. The developers of the racing simulation game Forza Motorsport 7 have been working closely with engineers in Weissach. Gaming experts from Germany have now created the ultimate challenge.

The biting, ferocious sound of the Porsche 911 GT2 RS practically knocks the player off the sofa. It’s a sound that says: we’re not just driving and overtaking rivals here—machines are being pushed to their very limits. The game developers responsible for creating this sound and the other impressive aspects of Forza Motorsport 7 were at the Porsche Development Center in Weissach for days. They listened with keen attention to how the powerful flat-six engine (Fuel consumption combined 11.8 l/100 km; CO2 emissions 269 g/km) readies itself to spring into action. How it pounces. And refuses to let go. The result of the collaboration between Microsoft and the sports-car manufacturer: Forza Motorsport 7. The exhilarating thrill of driving a Porsche can now be experienced, in exacting detail, in living rooms across the world.

Seven gaming experts from Germany can now put the racing simulation to the test, finding out just how close to reality the gaming experience comes: Arazhul, LPN05, GermanCommentGamer, P1TV, Die PixelHelden, Dave Gaming and Valle manage “Let’s Play” channels on YouTube, where they introduce their community to new games and their features, and provide tips and tricks. Porsche and Microsoft invited the pro gamers to Leipzig for the world premiere of the new Xbox One X games console. They raced against each other on race tracks in this virtual world in tournament mode — only to then replace the controller for the steering wheel.

Under the guidance of an instructor, they had the opportunity to master various manoeuvres in the 911 and 718 models on Porsche’s own circuit at its Leipzig factory. The braking, acceleration and drifting exercises quickly created that racing driver feeling, just like in Forza 7. The highlight: being the passenger in a 911 GT3 RS. D.J., an instructor at Porsche Leipzig, showed the YouTubers the limits of genuine motorsport. “My whole body is trembling – that doesn’t often happen to me when I’m sitting in front of the console”, a beaming Arazhul said after the ride.

In a subsequent tour of the factory, there was an opportunity to bring their pulse rates back down to normal before returning to the simulation.

Sebastian Schmalz, Project Manager Games Partnerships & Licensing at Porsche, emphasises the importance of a cooperation such as that with Microsoft: “The racing simulations are more than just a game. Many people experience our vehicles for the first time in digital form – and these are precise reproductions. This is how we reach the customers of tomorrow, or perhaps even those of today.” The games are also an exciting way to drive exclusive Porsche models, which very few people will be able to do in reality.

Forza Motorsport 7 offers seven hundred vehicles, including twenty-nine Porsche models, for riveting contests on the track. For example: a duel of the super sports cars, the 918 Spyder and Carrera GT; a historic hill-climb race between a 550 A Spyder and a 356 A Speedster; or, for the truly dedicated gamer, a twenty-four-hour race in the three-time LMP1 champion—the 919 Hybrid.

Maxi Gräff, Communications Manager Xbox and Gaming at Microsoft Germany, is pleased about the collaboration with Porsche: “It is an exciting partnership, especially given that we also have similar target groups”. Many gamers–especially those from the Forza scene–seem to be very interested in all things automotive. “If there is ever a possibility for them to climb into a real sports car, that is a special highlight.”

The results will soon be available to view on the participants’ channels. 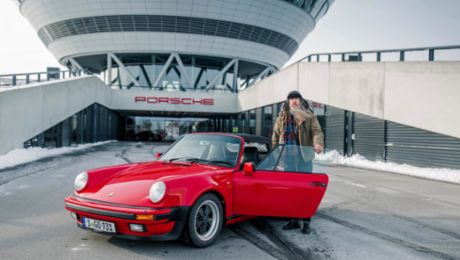 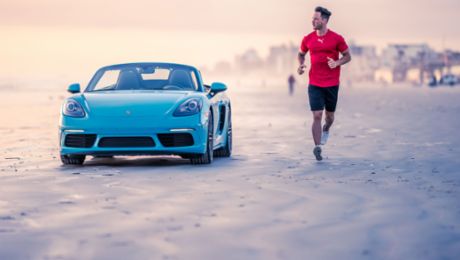 World tour: Around the world in 13 days 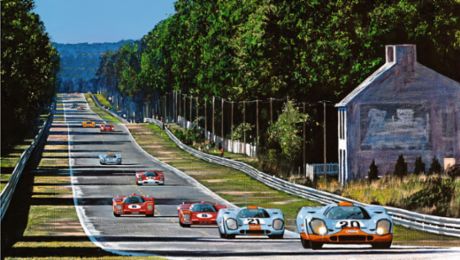 Racing scenes in a rush of color

Tim Layzell paints racing scenes. His aim is to enable viewers to feel their power and speed.