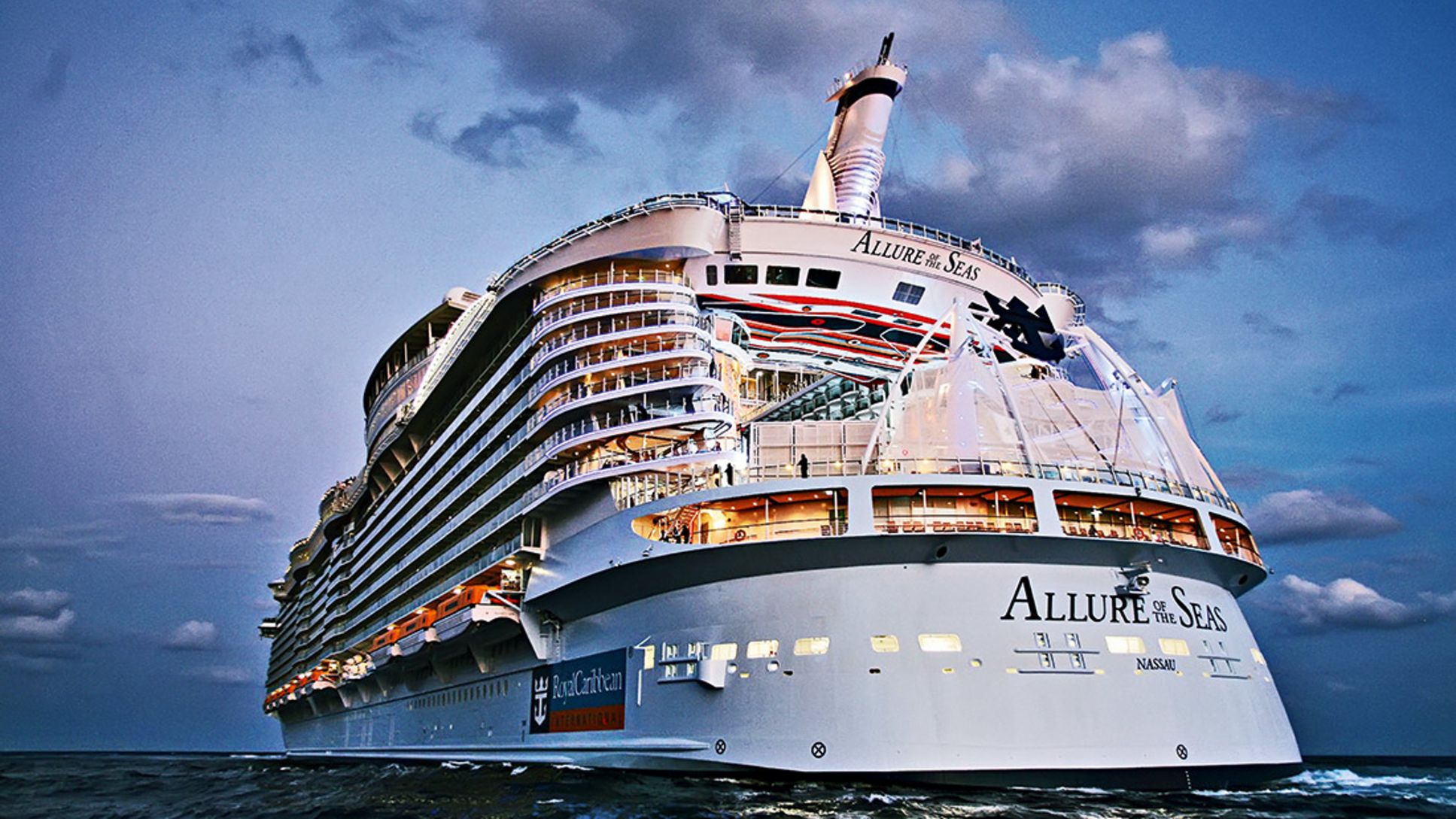 The Royal Caribbean cruise line sends vessels full of vacationers out onto the world’s seas. Porsche Consulting has a determining influence on the course.

The cruise business is booming. Hardly any other sector in the tourism industry is enjoying greater rates of growth than holidays on the high seas. Over the past decade, bookings have doubled in Europe alone. In 2013 around 6.4 million Europeans and 11.7 million Americans spent their best weeks of the year in floating hotels. A market reserved until not too many years ago for a wealthy and largely elderly clientele has been taking giant strides toward widespread availability as a result of falling prices and an ever greater range of choice.

Whereas the fascination of cruises used to consist of remote beaches, clean air, palm trees—and above all, peace and quiet—many ships now let you scale your way up a climbing wall, surf on artificial waves, pirouette on an ice rink, and practice parachuting in a simulator. Thirteen new luxury liners will be launched around the world in 2015 alone. The average passenger is now younger, with the major customer group between 41 and 55 years of age. Sophisticated and well informed about the range of offers, these guests expect flawless processes down to the last detail.

The challenges of the business

Royal Caribbean Cruises Ltd. is the second-largest cruise provider in the world. Founded in 1968, the company has Norwegian roots and headquarters in Miami. Under brand names such as Royal Caribbean International, Celebrity Cruises, Pullmantur, Azamara Club Cruises, CDF Croisières de France, and TUI Cruises, it sends a fleet of 42 ships out onto the world’s oceans. Royal Caribbean International’s sister ships Oasis of the Seas and Allure of the Seas are the largest of their kind. But price dumping, ever tougher markets, and constantly growing and changing demands are all making it harder for companies to stay on course.

So in 2009 Royal Caribbean Cruises Ltd. decided to bring experts from Porsche Consulting on board. Executive Vice President, Newbuild, Harri Kulovaara is pleased that Meyer Werft, a shipyard in Papenburg where many liners in Royal Caribbean’s fleet are made, recommended the consultants. “We were very impressed by the processes that Meyer Werft and Porsche Consulting established together—especially with respect to design,” he says. “We wanted to start by very clearly conveying our requirements for the ships’ design to the builders. So there was a natural connection that led to the launch of our joint efforts.”

The team of Porsche Consulting found an optimization potential

A cruise is tremendously complex, and tiny errors in the many different processes can have grave consequences for the overall event. The Porsche consultants started by performing an efficiency study that focused on the service on the fleet’s largest vessels. In nearly every area they analyzed, the consultants found an optimization potential of 20 to 30 percent that could be realized by increasing quality and productivity and by reducing costs. For example, the layout of the galley was reworked. The ship’s kitchen was furnished with a moving assembly line that supplied the chefs at their work stations with pre-specified quantities of the ingredients they needed for cold dishes. “We were familiar with four different traditional structures for a galley and food service area, but Porsche Consulting looked at it with very different eyes and took a completely new approach that improved efficiency,” says Kulovaara.

“Turnaround Day”—the day on which more than 5,000 passengers leave the ship and the same number of new guests arrive—posed an acid test of process efficiency. At this critical juncture, the different processes must be perfectly integrated and work absolutely reliably. Within just a few hours, the entire ship has to be unloaded and reloaded, and all of its cabins cleaned. Hundreds of thousands of articles run through the laundry in order for everything to be ready for the guests over the next seven to ten days.

An especially challenging part of this is provisioning. Tons of food and materials have to find their places on board within the specified time. By introducing a takt and flow principle, the original throughput time from unloading the delivery trucks to stowing the products in their final positions in the cold room was reduced from 17 to just five hours, which means a reduction of 83 percent. That includes the rest periods required by law for the dogs that check all the pallets for drugs and explosives before they are loaded onto the ship.

The items are now immediately stowed in their places without an intermediate stage in which they obstruct the passageways. Frozen products no longer spend hours stacked on the wharf under what might be the extremely hot rays of the sun. “Enormous improvements were made in provisioning,” says Rüdiger Leutz, Managing Director of Porsche Consulting in Brazil. “By synchronizing processes, we could set up a c ontinuous loading flow that eliminated waiting periods for both people and materials. That not only led to better product quality, but also substantially reduced the amount of overtime for the transport workers.”

Of paramount importance for every cruise ship is hygiene. A vessel with several thousand guests is like a floating town. The smallest acts of carelessness can have serious consequences—including minor epidemics. Key roles here are played by the cleaning and washing processes, which have to be especially well and mutually coordinated. Towels, napkins, tablecloths, and bed linens are washed in the laundry by tunnel machines that work around the clock. Improving the takt in the cleaning frequencies enabled optimum scheduling of laundry staff as well as better quality of the products washed, for example by ensuring homogeneous wear on the fabric and reducing wrinkles on the sheets and towels. It also reduced use of detergents and chemicals and thus made a sustainable contribution to cost savings and environmental protection.

A technical breakdown in the laundry could have serious consequences. With this in mind, Porsche Consulting carried out worst-case studies for sensitive areas of that type, in order to develop solutions for safeguarding normal operations on board until the ship reaches the closest port. Preventive maintenance goes a step further. Important technical facilities and vulnerable areas on the ship should now be subject to regular maintenance intervals in a form that had not yet existed. Greater investment here will identify incipient glitches early on and prevent expensive repairs or downtimes that can often have huge negative repercussions for the guests.

A roll-out of these strategies is planned

Knowledge gained from the efficiency study was immediately put into practice in the various service areas in the form of on-board workshops on selected pilot ships. A roll-out of these strategies is planned for the entire fleet. Putting optimization measures into practice under normal operating conditions and without impacting the guests in any way was a special challenge. In addition, the consultants’ intercultural skills were very useful, for crew members on the cruise ships come from more than 50 countries. “It helped that we’re used to working on international teams at Porsche Consulting,” notes Leutz.

An impressive result of this overall approach also became evident during the “revite:—i.e. revitalization—process. Every five years, each ship in the fleet undergoes this general overhaul in dry dock. Its technical systems are reworked, and its cabins and other guest areas are restored to a condition equivalent to new. The optimization approach here was based on experience from the automotive industry.

Derived from Porsche production methodology, “takt tables” were set up for the respective work processes, which provided information at all times about the status of the process and provided early warning if targets were not met on schedule. This enabled the ship’s extremely costly period in dry dock to be considerably reduced. A savings potential of around 4.5 million dollars and a productivity increase of 56 percent based on the cabins modernized per day generated a considerable competitive advantage for Royal Caribbean.

In the meantime Porsche Consulting is also working actively on the planning for new cruise ships. The new Mein Schiff 3 and Quantum of the Seas were both built in this way. Kulovaara is convinced that this is the right course. As he puts it, “Innovation and customer satisfaction are two absolutely core elements of our industry. Improvements to the design process are therefore extremely important to us. The optimized processes ultimately benefit our guests, and that is the main advantage.” 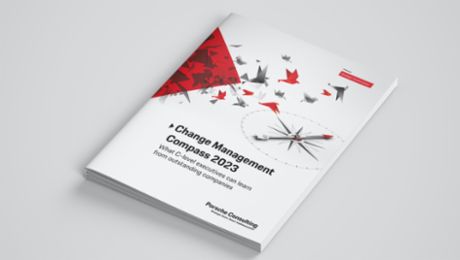