Porsche Brasil is now in operation

Porsche has opened a subsidiary in Brazil. A 911 GT3 is the first car to be imported into the country.

It is the company’s first own importer organization in Latin America, thus increasing their worldwide subsidiary network to 18 locations. ‘Porsche Brasil’ is headquartered in São Paulo and has just imported its first vehicle.

After living in London for some time, she worked in the movie industry in Brazil and gained automotive experience as a member of the Corporate Communications team of BMW Group Brazil. In 2005, she was awarded by the Brazilian Public Relations Association (Associação Brasileira de Relações Públicas, ABRP) for running one of the best communication projects in the country.

Matthias Brück (44), the designated CEO of Porsche Brasil, says about the appointment: “I am very happy that Mariana has joined the Porsche team in Brazil. She will support our team with the opportunities and challenges we have before us. Porsche is a brand that sells dreams, sportiness, and unique experiences. I have no doubt that the Brazilian market still has a lot left to be explored by our company and Mariana Romero will do her part to further improve the positive perception of the Porsche brand in Brazil.” 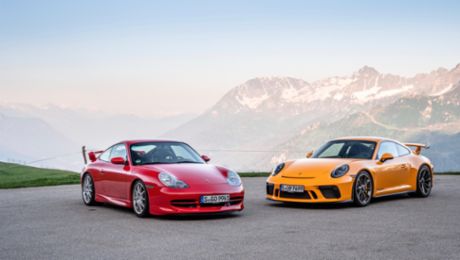 Fuel consumption/Emissions*
Fuel consumption* combined 12.9 – 12.7 l/100km
CO2 emissions* combined 290 – 288 g/km
Porsche uses cookies to optimise and improve the website, as well as enable the availability of certain functions. By continuing to use this website, you agree to our use of cookies. For further information, please click  here