Porsche has been working with PLAYMOBIL and LEGO to develop playsets. We show you how the miniature Porsches are created.

Just like their large role models, the small Porsche models from PLAYMOBIL and LEGO are quality products. They are produced with the utmost care in order to meet the stringent safety specifications for children’s toys.

Last Friday, 13 February, PLAYMOBIL launched a 911 Carrera S with detachable roof in Germany – including a miniature Porsche Exclusive Lounge where the vehicle can be refined with front apron and rear spoiler in Aerokit Cup design along with red wheels. A built-in light module illuminates front and rear lights as well as the dashboard of the miniature Porsche.

Starting March 1, LEGO is launching two racing cars and a sports car by Porsche. As part of the new car series "LEGO Speed Champions", children and the young at heart will be able to assemble a 911 RSR, a 911 GT3 R Hybrid and a 918 Spyder to compete against plastic models from Ferrari and McLaren – thus guaranteeing hours of fun and excitement in playrooms everywhere.

Yet adults should also be able to derive considerable pleasure from the Porsche models by LEGO and PLAYMOBIL. For all those interested, the playsets will be on sale in specialist retailers. 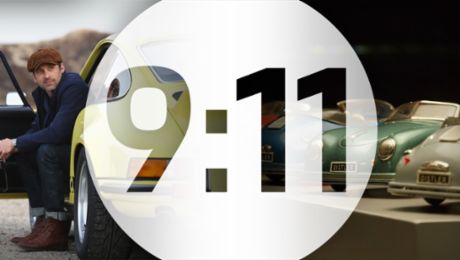