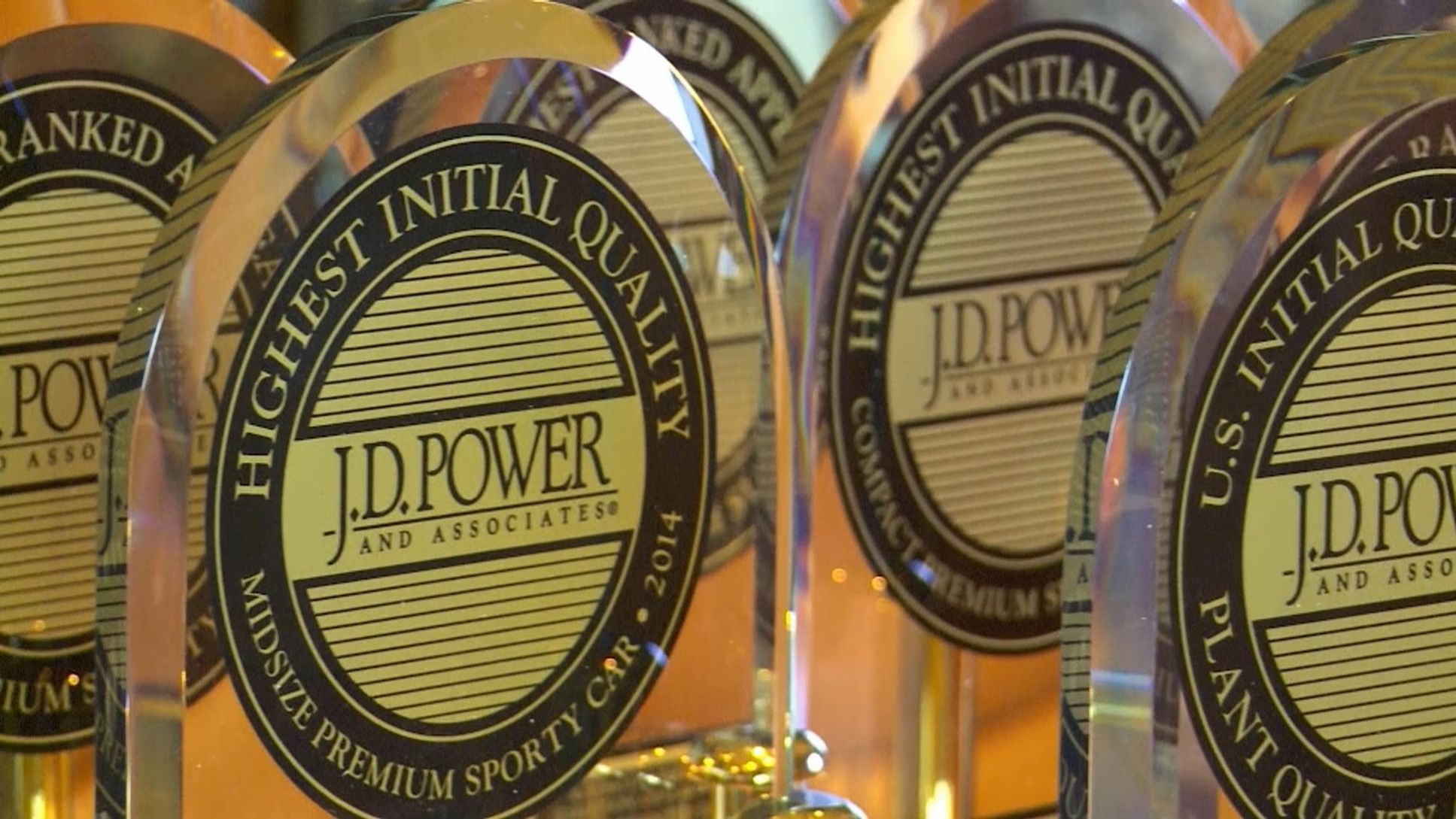 Porsche regularly ranks highest in the studies from the market research company J.D. Power – but how do the rankings come about? And what makes the accolade special?

The customer’s voice has spoken. It has announced what it has been announcing every year anew for more than a decade: Porsche ranks highest among nameplates. In the 20th issue of the prestigious work “Automotive Performance, Execution and Layout Study (APEAL)” by J.D. Power, Porsche occupies the highest position in the overall ranking for the eleventh time in succession, as the market research company revealed in mid-July. And back in June, Porsche drivers in the USA voted their brand highest among nameplates in “Initial Quality Study”, in which customers rate their new vehicle after precisely 90 days in relation to any teething troubles that may have occurred.

The data gathered by J.D. Power are of interest to car makers for improving the service and quality of future products, while at the same time one of the coveted J.D. Power Awards is an effective advertising tool. Potential customers, on the other hand, benefit particularly from the comparison of the individual vehicle brands – and thus obtain independent, sound guidance and purchasing advice in the confusing world of the automobile sector. Most people interested in cars should therefore have come across the name of the American market research institute on numerous occasions, and its accolades are familiar as a reliable quality criterion. Yet what is behind it all, what makes the awards themselves so special? How does J.D. Power differ from other surveys, reports or tests? And how do the US market researchers reach the verdicts with which they have earned the trust of millions of car buyers worldwide?

A glimpse at the beginnings of the influential service provider reveals a lot about the motivation and objectives of J.D. Power. The founder of the company, James David “Dave” Power III, worked in the finance and marketing sector of a US automobile manufacturer during the late 1950s. To his great disappointment, however, he repeatedly noticed how little value large firms attached to what their customers were saying – decisions on service, design or quality were always taken by the experts in their ivory towers, without in any way asking the actual users of these products about their everyday experiences, their problems or wishes. Later – when employed by a producer of chain saws – the young Dave Power conducted detailed interviews with lumberjacks and forestry workers. And he demonstrated a fine sense for their concerns. He convinced the management to implement the customer wish for a lighter, more compact saw. As a result, the company’s sales climbed dramatically. Until that time, the saw manufacturer had been considering its product exclusively from the viewpoint of the tree, as it were. Now, at last, users were also involved in the design of their working equipment.

Power decided to make this approach the basis of a business principle. In April 1968, together with his wife Julie, he founded “J.D. Power and Associates” – and, from his kitchen table at home, set about questioning drivers on their experiences with their cars. The first customer was a Japanese manufacturer, who wanted to find out more about the wishes of the American clientele in particular. Other firms were also quick to recognize the potential that lay in the experiences of the people who actually used their vehicles and that their customers around the world did in principle represent the largest possible application study for a product. Through customer statements in 1973, for example, J.D. Power played a key role in detecting problems faced by a Japanese brand with the gasket of its Wankel engine.

For decades, the detailed customer feedback gathered by J.D. Power has therefore been motivating car manufacturers to continuously increase quality and user friendliness and to keep this in mind throughout the production process. One current example concerns electronic gadgets on board vehicles: navigation and entertainment systems, Bluetooth connections and voice control units have frequently been the subject of adverse comments from respondents in recent years. Causes for the criticism have often been a lack of compatibility between the devices and their contra-intuitive, complicated operation – both areas in which most manufacturers have made substantial improvements thanks to the detailed customer responses.

In 1984, the first television commercial was broadcast in which a manufacturer emphasized its good rankings by J.D. Power – at peak viewing time, during transmission of the American Super Bowl. An idea that other brands wasted no time in adopting: now every year companies around the world advertise with the voice of the customer captured by J.D. Power in more than 200,000 television commercials and more than 2 billion print ads.

Many voices go to make up that of the customer

And this is how the market research institute reaches this voice: J.D. Power asks verified customers of a product – a car, for example – using long questionnaires by post, telephone or e-mail. Verification of the customers represents one significant difference from other companies: Thoroughly researched data ensure that the respondent does actually own the product. After all the business principle is quite clear: only someone who personally gathers experience with a car, who commutes to work in it every day and who knows every character trait of an automobile is able to deliver a sound verdict on its everyday utility, the fun of driving it and the joy it brings. This principle is linked with a high number of samples: some 84,000 owners of new cars are interviewed every year for the APEAL study alone. And ultimately it is the detail of the questions that qualifies J.D. Power as a reliable indicator of customer preferences. The APEAL rating, for example, queries a total of 77 attributes divided into ten categories, ranging from driving dynamics and design, through everyday utility and comfort, to important safety aspects. Statistical evaluations and a selected weighting of the categories then finally lead to the result – and to a representative cross-section of opinions of those people who know best about a product: the customers.

Hence, when Porsche ranks highest among nameplates in the J.D. Power studies, this is not primarily a statement about the prestige of the brand throughout the population. Instead, it indicates the satisfaction of actual Porsche customers with their actual Porsche. The result is plain and simple: those who have bought a Porsche, who have become familiar with it and drive it every day, who start it up and park it, maintain and wash it are very satisfied with their new car.