The German Association of the Automotive Industry (VDA) made its announcement regarding the planned free trade agreement between Europe and the USA at a press conference on Wednesday. Porsche boss Matthias Müller took a clear stance.

It is very unusual to see all the executive board chairmans of Porsche, Daimler, Audi and the Ford plants in Cologne together in front of the camera. Yesterday was one of those rare occasions initiated by VDA boss Matthias Wissmann who had invited them all to the press conference in Berlin. The topic was the planned transatlantic free trade agreement.

"For the automotive industry, closer regulatory co-operation harbours great opportunities since it offers us very definite economic benefits," said Porsche boss Matthias Müller. It is certainly a good thing to abolish trade barriers. But the much more efficient solution is, "With TTIP we can prevent trade barriers from even arising in future."

Müller: „Our customers will also benefit from TTIP“

For example e-mobility. This is totally new territory, not only for manufacturers but also lawmakers in Europe and the USA. "It means that right from the start, uniform standards could be created internationally." Whether it concerns batteries, charging sockets or charging procedures. This is the only way the new technology can be made suitable for everyday use. Müller is convinced: "Our customers will also benefit."

Similar comments were also made by the bosses of the other manufacturers as well as the automotive suppliers Bosch and Kirchhoff. According to Daimler boss Dieter Zetsche, about 14 per cent of all German car exports went to the USA in 2014, totalling around 620,000 cars. The United States are therefore the most important export country for the German car industry measured in terms of export value.

While TTIP negotiations between Europe and the USA are proceeding, there has been repeatedly loud criticism. Opponents fear that the free trade agreement could undermine European environmental, labour and consumer protection laws. Of course substantial objections should be taken seriously, said Wissmann. "But there are many more positive aspects we can achieve with TTIP." 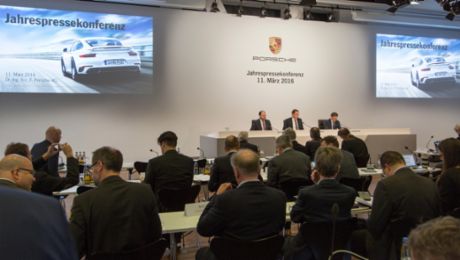 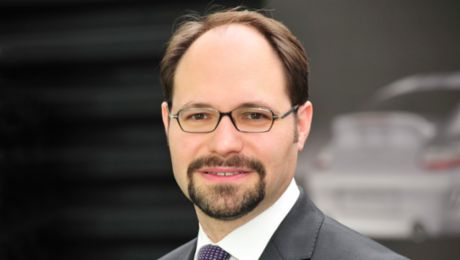 The management board of Porsche AG has appointed Dr. Josef Arweck as the new Vice President Communications.

Porsche is restructuring its communications. 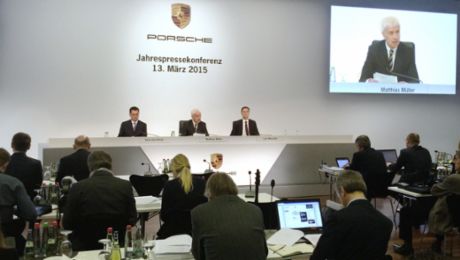 Porsche has set new records in terms of deliveries, revenue and profit.