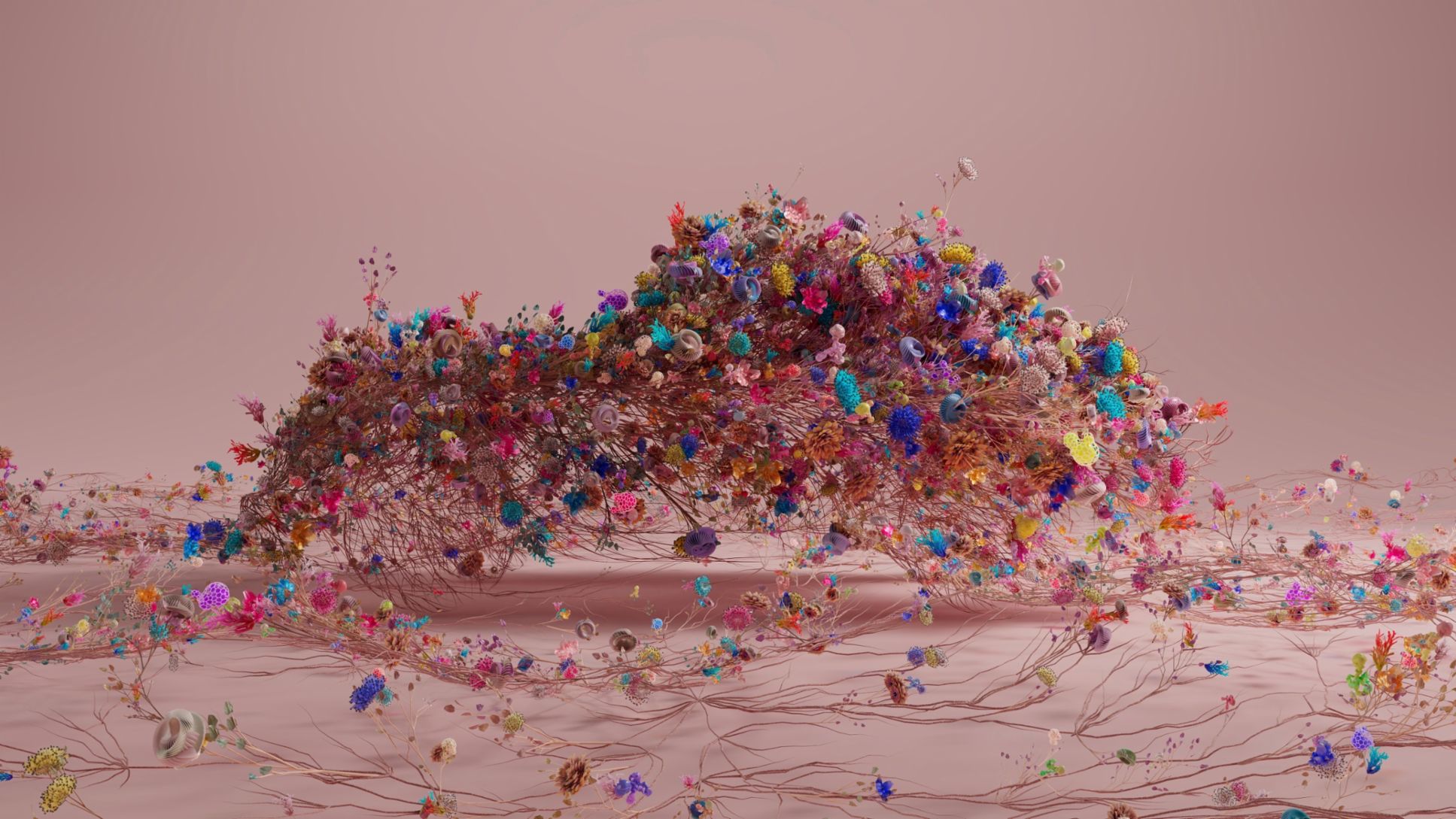 In celebration of 75 years of Porsche sports cars, this week (19 January) Porsche Cars GB unveils a dramatic digital interpretation of the inspiration of the first Porsche - the 356 - at Outernet in the Now Building, Centre Point, Charing Cross Road, London. From 19:30 - 21:30, the public will be able to experience this unique work of art via an immersive presentation using four-storey high, 360-degree, 8K high-definition screens.

Every Porsche can trace its roots to the original vision of the company founder, Ferdinand ‘Ferry’ Porsche. Looking around, the German engineer could not find quite the car he dreamed of, so he decided to build it himself. The first car badged as a Porsche, the 356 No 1 Roadster, hit the road on 8 June 1948.

Porsche continues to build on this heritage as a luxury brand driven by dreams, which in turn aims to inspire and enable people to make their own dreams a reality.

Powered by Porsche with Wallpaper* magazine and driven by the noted contemporary artist, Lusion, the original dream of Ferry is imagined as a visual synthesis of the intangible human creative process, beautifully expressing the stages of a dream through conception to perceptible existence. 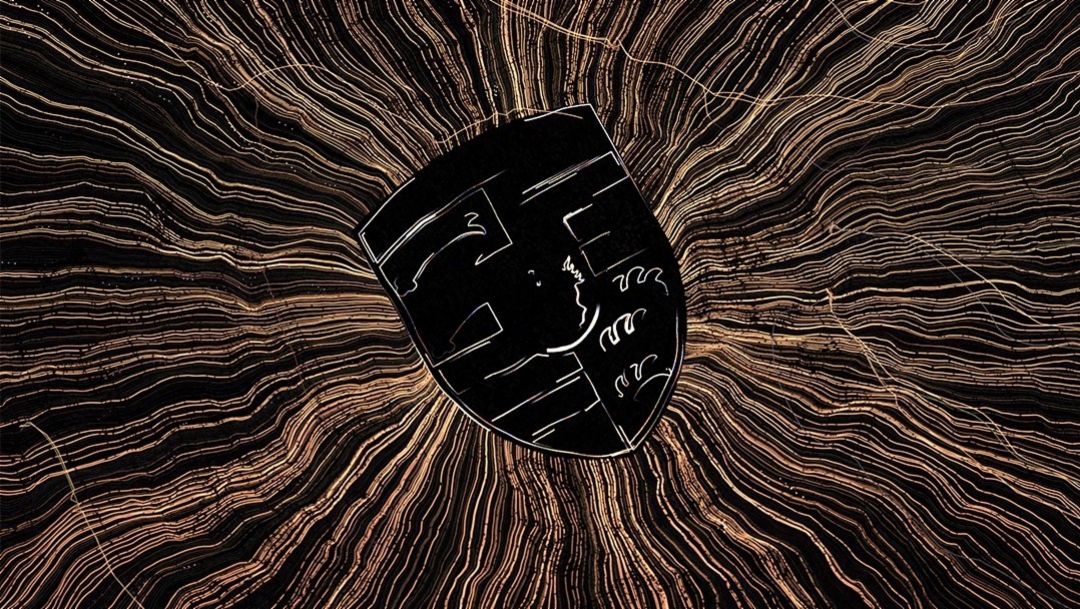 Here you can find a preview of the film.

“With the dream of our founder still reflected in the company today, we wanted to highlight the enduring power of a dream and the fight and daring it takes to continually pursue and overcome adversity to bring your dreams to reality,” commented Lee Wilford, Marketing Director, Porsche Cars GB. “Ferry Porsche said those lucky enough to build a business out of a dream owe it to the world to be the caretakers of dreams. With this blend of technology, art and animation, Edan Kwan and Lusion have brought to life our daring nature to dream.”

“With the support of Wallpaper* and the Now Building we have the perfect forum to celebrate this courage and determination, in a way that we hope will inspire other brave dreamers in their own relentless pursuit of their ambition,” she added.

Driven by Dreams expressed through art

Appearing initially as firing neurons to represent the first seeds of creative thought, the digital story evolves with a multi-coloured array of particles resolving from the apparent chaos into a tangible form. They appear to cascade through a dramatic landscape, following contours and streaming around obstacles. This visualisation of the creative process represents how tiny elements converge and coalesce in physical forms. For Ferry Porsche, that form was to become the very first Porsche sports car, the 356 No 1 roadster, a dream that went on to inspire many others.

“The brief was to explore the nature of the dream as a personal goal,” explained Kwan. “Porsche is a luxury sports car, but when Ferry Porsche set out to create the first car, his dream had to manifest itself in a new reality because this space literally did not exist.”

“We began by researching the influences and experiences that inspired Ferry Porsche, along with archive photographs and journals, which we fed into an artificial intelligence program to generate a dynamic set of imagery to represent the human thought process.”

The team at Lusion chose the ‘blooming’ of flowers to represent the spectacular moment when an idea emerges and thoughts crystalise. “These flowers illustrate how inspiration works, growing from one idea into infinite variations,” Kwan adds. Bouquets of vibrant, almost alien, blossoms sprout and grow until they form the distinctive flowing silhouette that is characteristic of the long lineage of Porsche sports cars.

Lusion is a digital creative studio that transforms emotions into experiences, through a meticulous process of shaping data, colour, form and movement. The studio was founded in 2015 by Hong Kong-born Edan Kwan, an artist with a diverse background in music production, web development and coding. Now based in Bristol, Lusion consists of a core team of artists and coders from around the world, all working exclusively in the digital space, creating large-scale immersive experiences, as well as the realms of virtual and augmented reality.

Porsche and the arts

Punchdrunk’s landmark, highly anticipated production, ‘The Burnt City,’ has garnered both critical and popular acclaim. Inspired by the fall of Troy, the production is housed within two Grade II Listed Buildings in the heart of Woolwich’s Royal Arsenal in London. On their own theatrical adventure, audiences are free to explore this dystopian landscape – taking them from the majesty of royal palaces to the pulsating black markets of Troy.

Globally, Porsche has a tradition of collaborating with artists, and most recently exhibited at Art Basel in Miami. At the event in Florida, Scottish digital artist Chris Labrooy presented a larger than life figure, titled ‘Dream Big’, as a tribute to childhood dreams. The art installation incorporated a white Porsche 911, as the connecting element between NFT digital collectibles and the physical world. 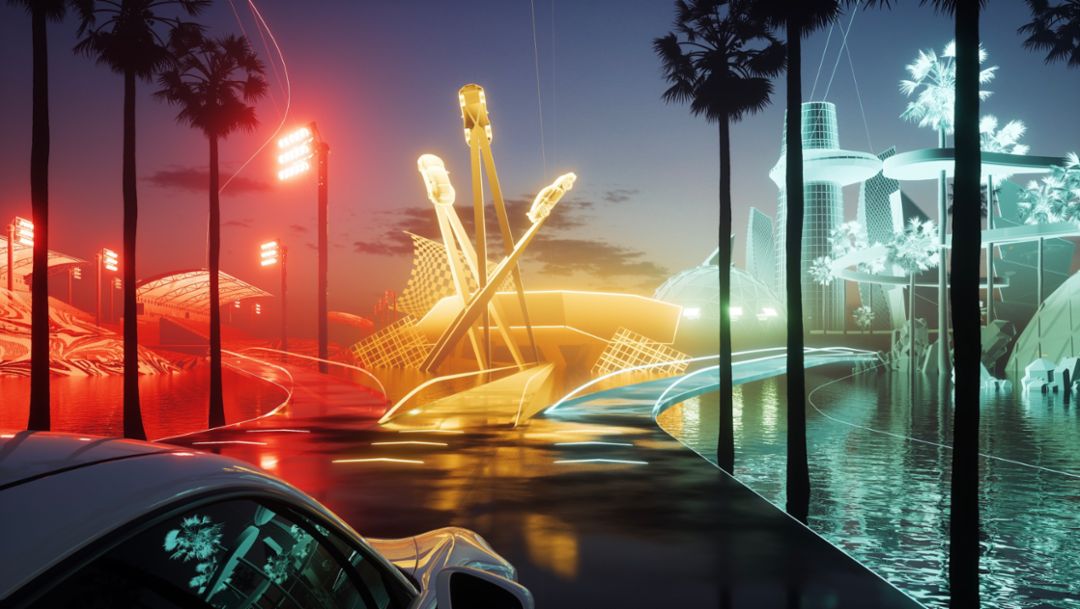 Contemporary visual artist Daniel Arsham is known for breathing life into inanimate objects and playing with deconstructed futurism. Sketching pictures of Porsche cars since childhood, in 2019 Arsham created a one-off, crystal-eroded 911 which interlaced some of his own story with that of the Porsche brand.

The first Porsche No 1 Roadster from 1948 evolved into the familiar 356, and by 1950 a total of 52 coupés had been hand-built in modest surroundings in Gmünd, Austria. The success of this rear-engine sports car saw production move to bigger premises in the company’s hometown of Stuttgart in Germany. In 1951, a total of 1,364 coupés and cabriolets left the factory. This in turn inspired the development of the 911, which launched in 1963 – a car which to this day defines the Porsche marque. 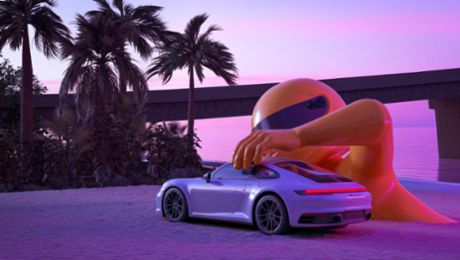 With the installation ‘Dream Big.’, Porsche is bringing its global initiative ‘The Art of Dreams’ to North America. 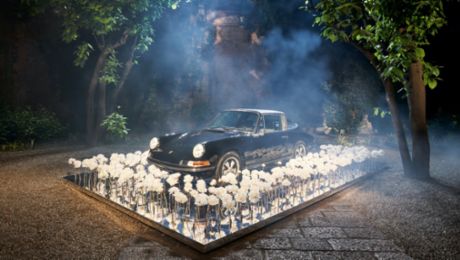 At Milan Design Week Porsche is presenting a piece of art by Ruby Barber.

Initiative “The Art of Dreams” arrives in Singapore

The larger-than-life installation “Remember your dreams” by artist Cyril Lancelin makes its first stop outside of Europe. 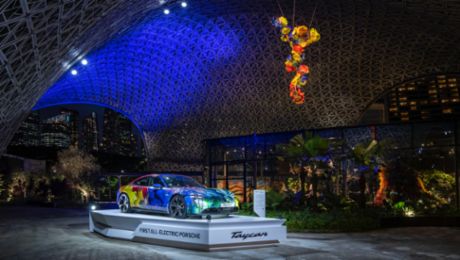