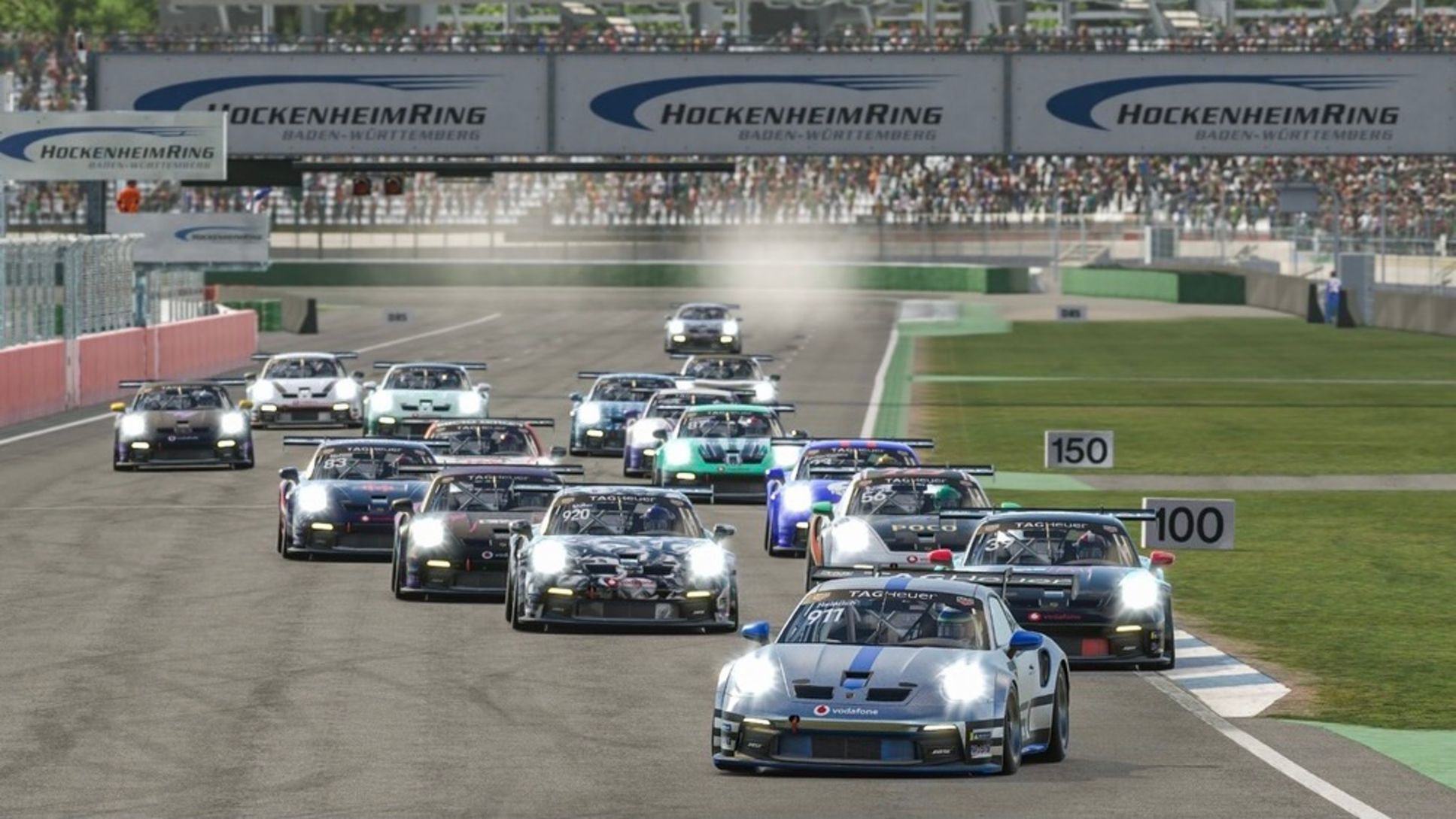 The first qualifying round for the 2023 Porsche Esports Supercup starts on 23 July. All online racers with an iRacing account and a class A license are eligible to participate. The top 15 drivers qualify for the Contender Series, which begins in September. From the Contender Series, sim racers can qualify for the 2023 PESC. All contestants drive the digital version of the 992-generation Porsche 911 GT3 Cup.

The race for grid spots in the 2023 Porsche TAG Heuer Esports Supercup (PESC) gets underway next Saturday. From 23 July, online racers can qualify in a two-stage competition to contest the fifth season of the prestigious esports one-make cup. Anyone registered on the iRacing simulation platform with a class A license is eligible. The virtual Porsche 911 GT3 Cup based on the current 992-generation model will again serve as the digital race car for the coming season.

“This year, we are once again offering all avid motor racing gamers around the world the chance to take part in the Porsche TAG Heuer Esports Supercup,” explains Marco Ujhasi, Manager Esports Porsche Motorsport. “The only requirement for this is that they are registered on the iRacing platform and hold a class A license. It doesn’t matter whether you’re a rookie or a seasoned specialist: driving talent alone determines who will ultimately make it into the PESC. That’s why it’s earned itself the reputation as one of the most respected and demanding racing series on the iRacing platform and enjoys a status comparable to that of a world championship. Last season, four drivers were locked in a gripping battle for the title right up until the final metres. For season five, we will once again bring together a first-class line-up of participants.”

Six tracks and five countries with the 911 GT3 Cup

Stage one of the selection process is the qualifying series. The racing calendar includes six dates, each of which takes place on a Saturday. The first heat kicks off on 23 July on a short version of the Hockenheimring. Silverstone (UK), Red Bull Ring (A), Watkins Glen (USA) and the Grand Prix circuit of the Nürburgring follow on a weekly basis before the qualifying series wraps up in Imola, Italy, on 27 August.

Each race day consists of free practice, qualifying and a 30-minute race over a distance of around 80 kilometres. The online racing platform iRacing allocates each driver to the appropriate 30-strong grid. The classification is determined by the drivers’ iRacing points according to the “Strength of Field” principle (SoF).

The top 15 racers qualify for the Contender Series

After six races, the top 15 sim racers from the qualifying series will advance to the Contender Series, which begins on 24 September 2022. This is the second stage of the selection process, which will be held on the same tracks. Contenders pit themselves against the drivers who concluded the 2022 PESC on positions 16 to 30. Once again, only the top 15 are eligible to continue. As a reward, they receive one of the 30 grid spots for the 2023 TAG Heuer Porsche Esports Supercup. The top 15 drivers from last season have already qualified for the fifth edition of the virtual one-make cup.

A free download of the official regulations for the two-stage qualification programme of the 2023 Porsche TAG Heuer Esports Supercup is available on the iRacing website.

Race calendar for the first qualification round for the 2023 PESC 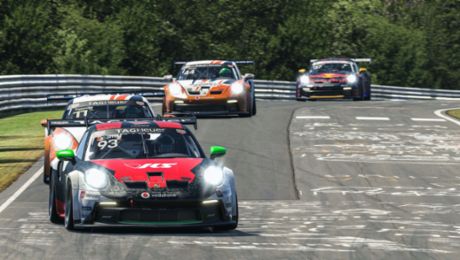 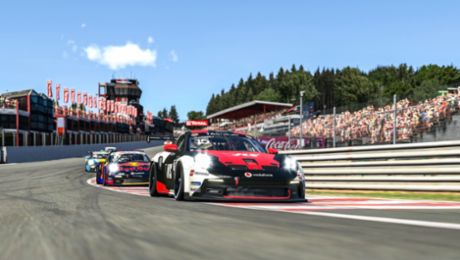 Round seven ended with a victory for the American Zac Campbell on the Circuit de Spa-Francorchamps.