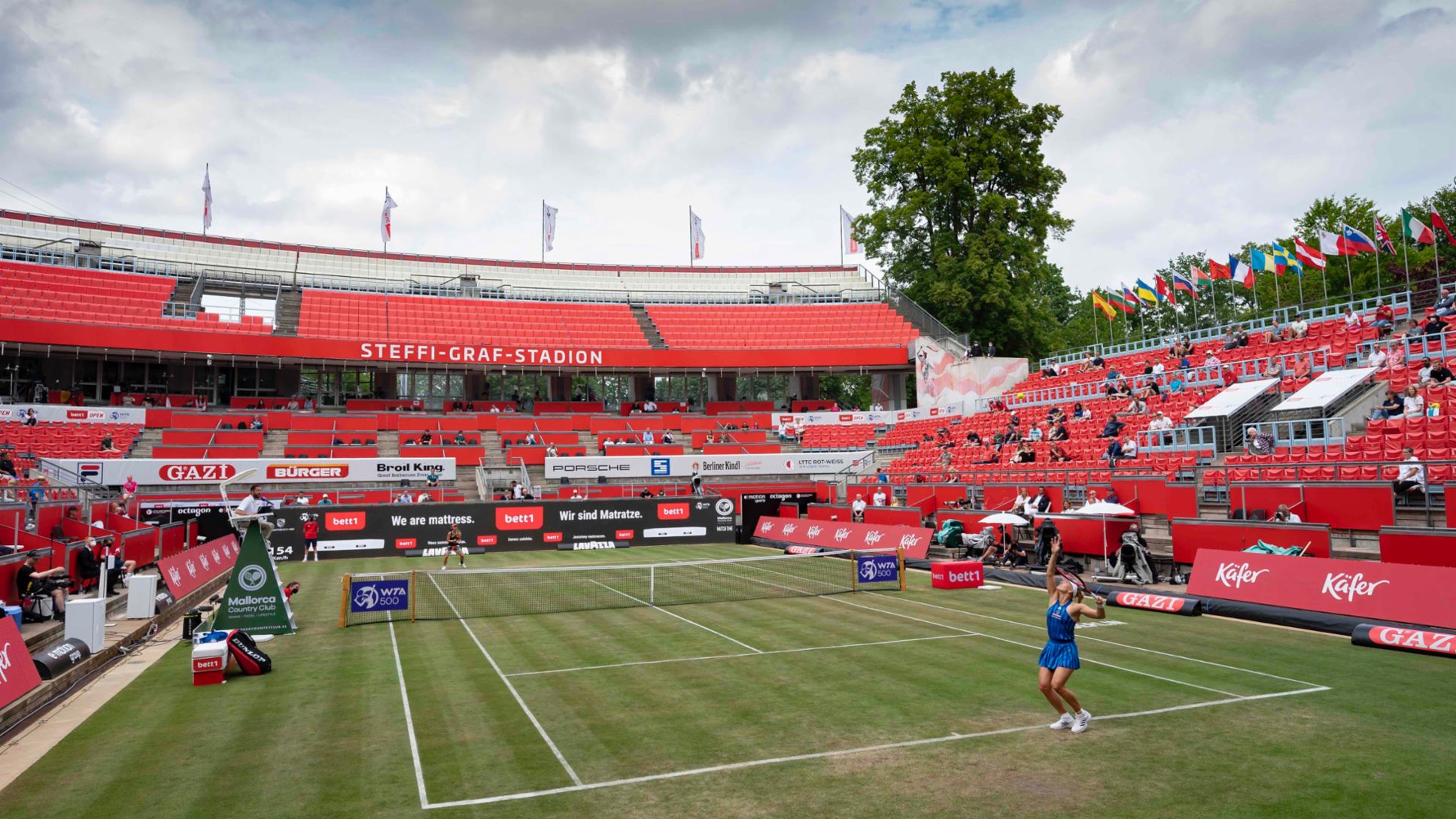 Enriching the worldwide WTA Tour, they, together with the Porsche Tennis Grand Prix, have further enhanced the status of Germany as a tennis location. Within the scope of its extended engagement in women’s tennis, Porsche supported the two events by providing an exclusive Porsche Shuttle Service.

“It was nice to see that the new tournaments were so well received by players and tennis fans alike,” says Alexander Pollich, CEO of Porsche Deutschland GmbH. “We’re delighted that we, together with the Porsche centres in Berlin and Bad Homburg, were able to play a part in the success of the tournaments and therefore also boost Germany as a tennis location.”

With a view to the All England Championships starting in Wimbledon on 28 June, the tournaments in Berlin and Bad Homburg were both played on grass. Numerous top players used the new events in Germany to prepare for the year’s third grand slam. The top-seeded player in Berlin was Aryna Sabalenka (Belarus), the 2021 Porsche Tennis Grand Prix runner-up. In Bad Homburg, Petra Kvitova (Czech Republic), the two-time Wimbledon champion and winner of the 2019 Porsche Tennis Grand Prix, headed the seedings. The Porsche Brand Ambassador Angelique Kerber, the 2018 Wimbledon champion, was in action in both weeks as was Porsche Team Germany’s Andrea Petkovic. Two up-and-coming players supported by the German Tennis Association and Porsche were also handed main draw places – Jule Niemeier (Porsche Talent Team) in Berlin and Mara Guth (Porsche Junior Team) in Bad Homburg.

The bett1open in Berlin (14 - 20 June), a WTA 500 tournament like the Porsche Tennis Grand Prix in Stuttgart, came to an end in front of 1,000 thrilled spectators on finals day with a sensational win for Liudmila Samsonova. The Russian qualifier won the final against the Swiss Top 10 player Belinda Bencic. At the WTA 250 tournament in Bad Homburg Open (20 - 26 June) where 600 tennis fans were allowed to attend every day and in doing so created a great atmosphere, Angelique Kerber claimed her 13th WTA titles – her first since Wimbledon in 2018 – after beating the Czech Republic’s Katerina Siniakova 6-3, 6-2.

For the 33-year old German, it was a quite special success as the Bad Homburg Open was in two ways a premiere for her – the three-time grand slam winner not only competed in the tournament itself but was a co-organiser for the first time in her career. The twin role turned out to be a new and interesting experience. “It was a very exciting journey for me right from the very start,” said Angelique Kerber. “I’ve gained even more interesting insights into the work that goes into organising such a tournament and was often amazed at what it takes so that everything from A to Z runs smoothly. It’s a great challenge to be not only involved as a player but simultaneously be responsible for the success of the tournament as a co-organiser.”

Porsche Shuttle Service with a total of about 2,600 trips

The players at the two new WTA tournaments also highly appreciated the exclusive and electrically driven Porsche Shuttle Service that they know from the Porsche Tennis Grand Prix in Stuttgart. In Berlin, the fleet included up to 25 Porsche Taycan, Cayenne and Panamera E-Hybrids that made about 1,600 trips. In Bad Homburg, up to 12 vehicles carried out approximately 1,000 journeys. The fact that the service was so well received by her fellow players was not something that surprised Angelique Kerber: “The players are always delighted when they are shuttled around in such fabulous cars.”

Honorary guests at the tournaments also had the pleasure of being driven around in the electrically driven fleet of cars. Highly popular in Berlin was the chance for spectators to take the Porsche Taycan out for a test drive.

Four Porsche Team Germany players will be contesting the grand slam tournament in Wimbledon (28 June to 11 July). Angelique Kerber will be joined in London by Laura Siegemund, Andrea Petkovic and Mona Barthel. In their first-round matches, Angelique Kerber will face Nina Stojanovic (Serbia), Laura Siegemund will take on Ekaterina Alexandrova (Russia), Andrea Petkovic will meet Jasmine Paolini (Italy) and Mona Barthel will be up against Zhu Lin (China). After impressive performances, Mara Guth, Julia Middendorf and Nicole Rivkin from the Porsche Junior Team plus Nastasja Schunk from the Porsche Talent Team have earned the chance to get a feel of the grand slam atmosphere in the junior competition and therefore test themselves against the world’s top U-18 players. Porsche Junior Team members Laura Isabel Putz and Noma Noha Akugue are still hoping to get a place in the strong field. The final entry list for the junior girls’ tournament will be published on 1 July. 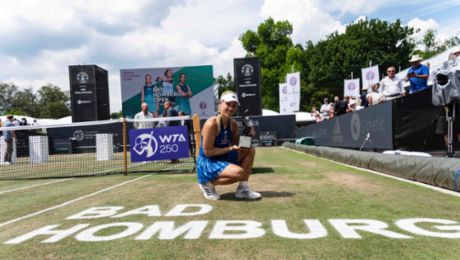 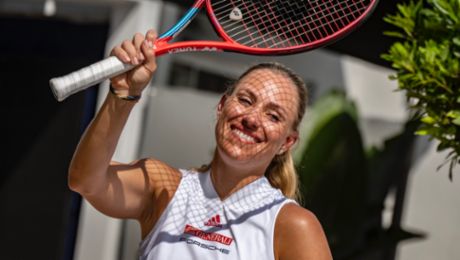 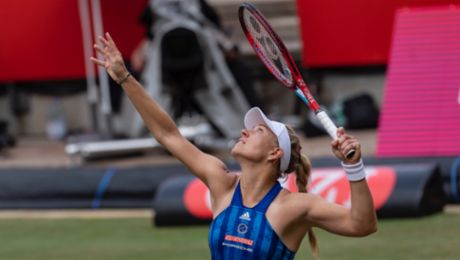