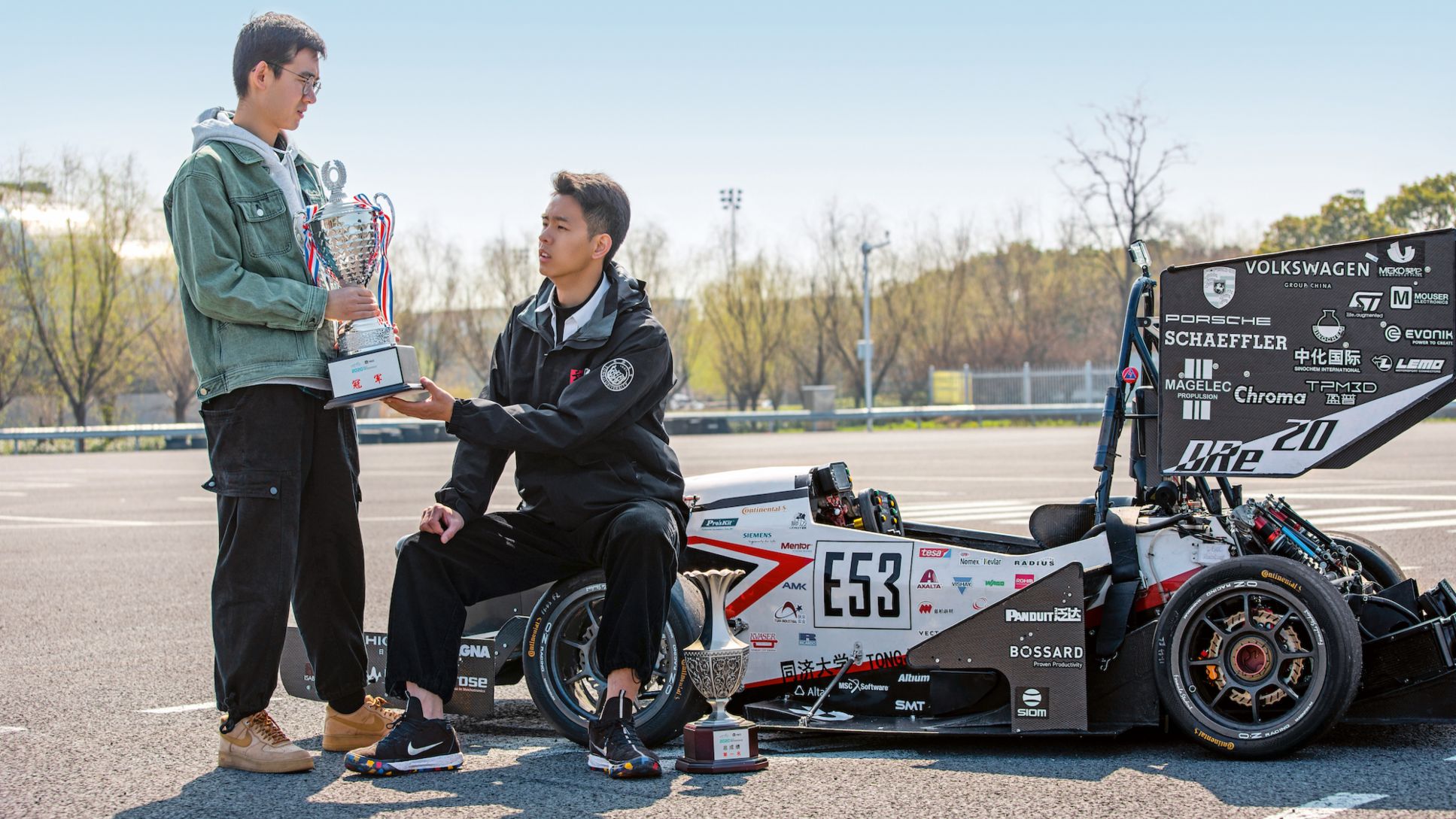 The formula for success

Tongji University in Shanghai is one of the world’s most prestigious institutes of higher education and Porsche has supported some of its aspiring engineers. Liu Fan is one of them: together with his team, the student won the electric Formula Student competition in China.

If it was their plan, it worked out well: in 1997, the Liu family named their baby boy Fan, which roughly translates as “regular”. The two teachers from the coastal city of Qinhuangdao – where the Great Wall juts into the sea – had two reasons for choosing this name. One, it expressed their wish that their son would enjoy a normal and carefree childhood, and two, it had philosophical implications, evoking a motto of the country’s former leader, Deng Xiaoping, which was to “hide your strength”.

Talented engineer: Liu Fan had discovered his passion for electric engines by the age of eight.

For Liu Fan – in China the family name is said first – the motto was a superb fit. He passed the demanding tests required for university admission and was accepted into the champions’ league for budding engineers, earning a spot at the prestigious Tongji University in Shanghai.

About to graduate, Liu fan has won numerous awards during his studies, and he captained the university’s team to victory in the fiercely contested electric Formula Student competition. In this innovation-based contest, students design and drive all-electric Formula racing cars. Liu Fan led the winning team of abour 100 students, with support from Porsche China.

Tongji University has enjoyed strong relations with Germany since long before the first sports car was built in Zuffenhausen. The elite university was founded in 1907 as a medical school by German physicians and neither wars nor revolutions have lessened the bond. Launched in 1998, one of its institutes – known as the Chinese-German College for Postgraduate Studies (CDHK) – is considered a worldwide model of academic exchange.

This close relationship also led Oliver Blume, now Chairman of the Porsche Executive Board, to Tongji University, where he earned his doctorate: “I sensed a huge creative drive in the people there, along with a desire to keep developing both themselves and the country,” he has said. “That dynamic quality impressed me greatly.”

Blume went to the university after one of his doctoral advisors at the time, a Chinese teacher at the Technical University of Braunschweig, invited him to further his studies at its newly established automotive engineering institute. In 2001, Blume became the first German to be awarded a doctorate at Tongji, and the connection between the two has continued. “Oliver Blume visited our team and that made me all the more excited about Porsche,” says Liu Fan.

Now celebrating its 20th anniversary, Porsche China has enjoyed rapid success, with China becoming the sports-car maker’s largest single market in 2015, and Porsche has supported social and cultural projects there from the start. In April 2019, Tongji University and Porsche signed a memorandum of cooperation. The creation of a Chinese-German chair in the field of intelligent vehicles is just as much a part of this endeavour as are further educational opportunities and knowledge transfer. As a result, Porsche Engineering experts travelled to Shanghai to provide professional guidance to the students and when personal interaction became impossible due to the pandemic, they switched to digital training sessions. Less theoretical for the students but unquestionably sporty: the aspiring engineers from the university’s DIAN Racing Team underwent driver training at the Shanghai Porsche Experience Centre’s circuit, which is next to the Formula One racetrack. This also included a session on energy management with the vehicle in motion. Among other models, the young drivers got behind the wheel of the Porsche Taycan.

The focus of research is very much on digital functions, a key issue in China, which leads the world in the number of start-up. Its younger generation is considered a major gauge of the automotive future and the average age of Porsche’s customers in China is 35 – compared to the average worldwide age of 53. Almost half of all Porsche cars in China are owned by women.

By the age of eight, Liu Fan had discovered his love of automobiles when playing with a remote-controlled racing car. He was fascinated less by the speed of the miniature electric vehicle than by how it functioned, with electric drive systems firing his curiosity. Liu Fan almost reflexively notes that the idea itself is not new. “After all,” he observes, “the Lohner-Porsche electric car was exhibited at the World’s Fair in Paris back in 1900.”

“It was a thrill to search for solutions under pressure with a team.”

The student is also familiar with the Semper Vivus Lohner-Porsche from the same year and recognises the vehicle’s hybrid drive as the forebear of cars like the Porsche Cayenne E-Hybrid, which he is driving across the campus today. As a fan of alternative drive systems, his current dream car is the Porsche Taycan, but he put his heart into the electric Formula Student team’s winning car – the DRe20, with its impressive rear wing.

Started in 1981, the Formula Student competition does not take the form of a championship racing series but rather a worldwide innovation contest. Teams compete for points in disciplines like design, implementation and performance.

The practical part of the contest includes a timed stint on a handling course, an endurance test and an acceleration trial. The teams normally compete on a worldwide basis, but in many countries students’ development work was interrupted by the pandemic. Plans for a German-Chinese student exchange programme also fell victim to the virus. Liu Fan had started to learn German in preparation.

The competition was therefore held locally. Some 101 teams met for six days in Xiangyang in Hubei Province, with 67 of the Chinese university teams entering all-electric cars

Like its competitors, the Tongji University team had to work from home during the preparatory period. Liu Fan, who had already won an award from the university for his leadership qualities in 2017, was elected captain and took over the coordination. “I would have been way too careful as a driver anyway,” he says with a smile. While their rivals made use of standard solutions in fields like battery management, the Tongji group developed the heart of the electric car themselves.

Liu Fan programmed the software enabling uniform documentation of the engineering processes, and impressed the jury with flawless data transfer and communications. He was delighted by the teamwork. “It was a thrill to search for solutions under pressure with a tight-knit team,” he says, adding that he would launch a company with his teammates in a heartbeat – or even better, start working for Porsche. The first step in that direction might already have been taken. Collaboration between Tongji University and Porsche includes inviting five outstanding students to internships at the company, one of whom is now Liu Fan. And he will certainly not be the last. 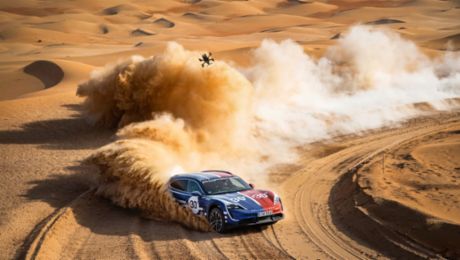