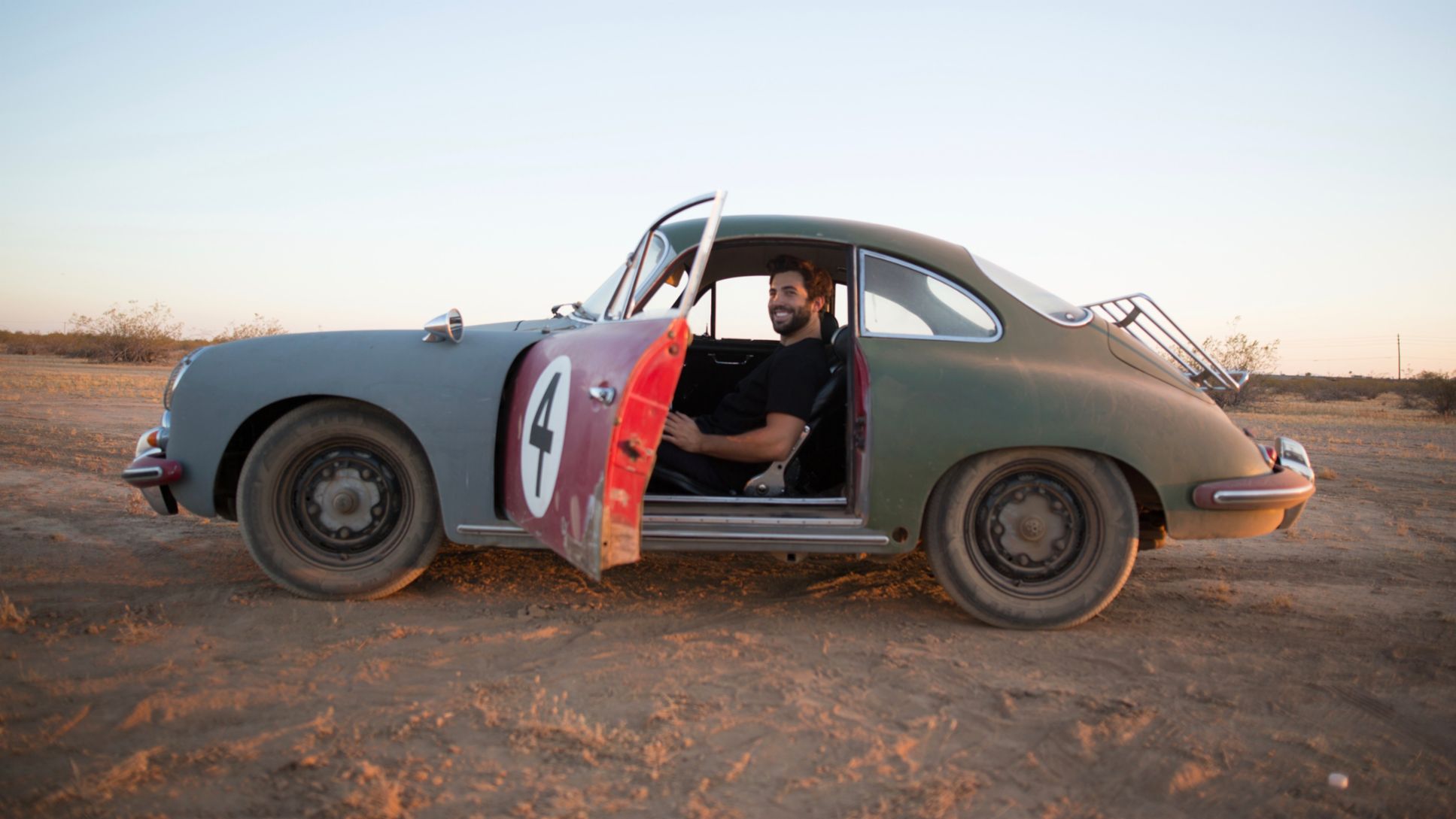 The perfect blend of Fourtillfour: coffee, community and Porsche

Meet Nico Samaras – the former Marine carving a new career out of cars and coffee.

It is hard to define exactly what Nico Samaras does for a living. Hard enough that even he struggles. “I’ve been trying to figure out that line for years,” he laughs. The former US Marine and art school student has a variety of passions, all of which he has managed to dovetail into one all-consuming career. “If there was a line,” he continues, “maybe it’s that we’re a lifestyle brand that brings people together through the ritual of coffee”. Coffee certainly seems to be a defining part of Samaras’ day-to-day. Coffee and Porsche.

Born and raised in Scottsdale, Arizona, 33-year-old Samaras was introduced to the world of Porsche at an early age by his father, Byron, who worked for Volkswagen and for Porsche dealer and amateur racer Don Burns, who became a close friend of the family. Like so many fans of the brand, his own journey began with the humble Beetle. “I started building Baja bugs with my dad. We’d find these cars that really needed a lot of work and fix them up together. It was a way of spending time with him. And I went from those to Karmann Ghias and for a while that was what I was into.”

But a fascination for Porsche was simmering in the young Samaras, and eventually the opportunity to realise the dream arose. “When I was 16 I saw an ad for a 356 in the Arizona Republic newspaper. It was a long shot to ask my dad if he could lend me the little bit of extra money to get it, but all in it was still less than $6,500. So I got rid of my two Karmann Ghias and bought what was basically just a shell and a pile of boxes. And that whole summer we put this thing back together. We had no budget for body restoration or paint, but I didn’t care. I was driving my dream car.”

Although still only a Junior in high school, Samaras was hooked and soon found himself buying an early A-series coupe without an engine, which he set about sourcing and rebuilding. And it was during this period that a wider vision for what he might do in the future began to form as Samaras amassed more and more parts for, and knowledge of, the 356, building contacts and forming friendships with like-minded enthusiasts across the western states. “From high school I went through maybe a dozen more 356 cars,” Samaras says, “at first with my dad but towards the end I was doing it all myself, finding these cars that didn’t run and piecing them back together. And that was the time when the idea of ‘Fourtillfour’ began.”

In 2007 Samaras started a website called 4till4.com, a play on the time ‘3:56’, with the intention of creating an online space for Porsche owners to list and acquire cars and parts and organise events. Soon afterwards, however, he decided to join the Marine Corps and the Porsche plans were put on ice. “But even during that time I’d come back from combat deployments and buy another 356 with any extra money I had,” Samaras says, “so I was still building something. And by the time I was out of the military I had four 356 cars and a 200-square-metre warehouse that housed all my parts and other projects. And this had all been just for fun!”

Enthralled by the world of speciality coffee

The next step on Samaras’ journey would be a highly influential one. He moved to San Francisco to attend art school and there became enthralled by the world of speciality coffee. During this period he was still obsessively buying and restoring 356 models and sharing his progress on social media. “That created a bit of a following and from there it was a case of joining the dots, bringing together my passions of Porsche, coffee and community.”

In 2015 Samaras took the tough decisions to sell all but one of his cars in order to raise the capital to buy a small premises back in Scottsdale that would become the Fourtillfour Café. He and girlfriend Mia opened up shortly afterwards and have never looked back. “Our goal with everything about Fourtillfour is to bring in the next generation,” says Samaras. “And a big part of how we’re doing that, and growing the business, is through the presence of great coffee.”

Samaras and his team undertake origin trips and work closely with coffee farmers and exporters, bringing green beans back to the US themselves. His love of the process is clear as he describes exploring countless flavour profiles and tailoring blends for specific events. “It’s something I got deeply involved with and that we’re all passionate about. I’ve always aligned it with Porsche actually, who stay true to their heritage while always progressing. We’re doing the same sort of thing; trial and error, staying relevant and trying to progress!”

The first Saturday of every month sees ‘Porsches and Coffee’ at Fourtillfour, with around 150 Porsche models of every age and type attending. The café also hosts one larger annual event with the surrounding roads closed to traffic.

Then the owners of around 350 cars will be offered food and live music. Today, Fourtillfour is growing apace, supporting events such as Rennnsport and Luftgekühlt and partnering with brands like Mobil1 and the Pikes Peak International Hillclimb.

As for his beloved 356, Samaras managed to hang on to one, found under a pile of mattresses in San José back in his art school days. Its previous owner had stripped it and sprayed the body in three different shades of primer. “It was a full-on barn find and a hodge-podge of colours but it’s all original,” he says. “I built it up and would drive it to Monterey or LA in the height of summer. I took it everywhere. For a year or so it was parked out front of the shop and people would ask if it was even running. I was driving it literally thousands of miles.”