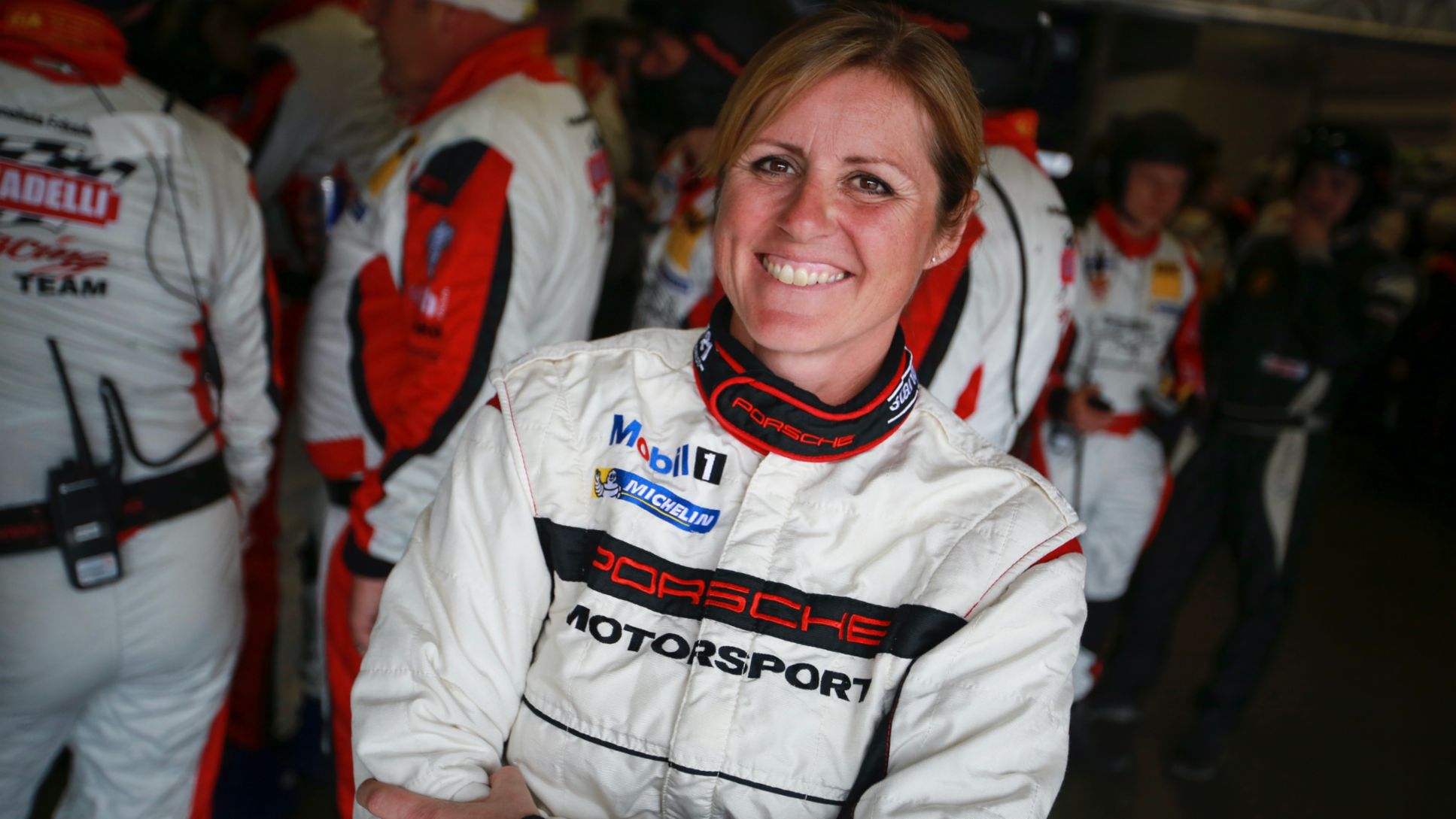 With the passing of Sabine Schmitz, motorsport has not only lost a Nordschleife icon: the opening round of Nürburgring Endurance Series underlined just how much the versatile racing driver is missed. With her cheerful and quick-witted manner, she inspired many people on and off the racetrack.

Overwhelming grief and dismay was felt around the world: Sabine Schmitz, the ‘Queen of the Nordschleife’, has passed away. After a long fight against cancer, the disease claimed her life much too early at the age of just 51. With her irrepressible zest for life, which she called on in her battle against the disease to the very end, the news came as a shock to many. It has been a long time since saying farewell to a racing driver has touched the motor racing community so deeply. SpeedBee, as fans fondly called her, was a legend during her lifetime.

In the paddock of the Nürburgring, the heartache was shown in countless gestures. At the season-opening round of the Nürburgring Endurance Series, almost every team honoured Sabine Schmitz with a special commemoration. Many racing cars bore her name as the additional driver. Some cars resembled rolling books of condolence. Almost everyone had a personal story or a funny anecdote to share that connected them to the Nürburg native. Her death clearly underlines how much she was valued by many people.

Despite her connection to her homeland and her down-to-earth attitude, Sabine Schmitz was well-known internationally – something that was often underestimated in Germany. She earned this reputation thanks to her carefree and positive personality, her witty repartee and, of course, her daring drives through the Green Hell. This quickly turned her into an early YouTube star – no matter if it was driving a GT3 Porsche, a Ford Transit or at the wheel of the ‘Ring taxi.

More than 30,000 laps on the Nürburgring

The two-time winner of the Nürburgring 24-hour race and champion of the Endurance Series took cheeky pleasure in terrifying her passengers between Hatzenbach and the Hohenrain chicane. Afterwards, many of them had to drastically change the assumptions of their own driving skills, and shared their unforgettable experiences all over the world. She recalls lapping her favourite circuit more than 30,000 times, the first time in her mother Ursula’s car – without a license. With her appearances on the BBC car show Top Gear, she moved into the limelight on an international stage.

The Nürburgring is their life

Revered, feared: the Nürburgring. It has been a characteristic feature of the Eifel and its people for over 90 years – also for Sabine Schmitz.

Sabine Schmitz wasn’t particularly interested in her star status. The ‘Nordschleife Queen’ kept her feet firmly on the ground and was always approachable. In her own humorous way, she made very personal memories out of every selfie, and she never turned down an autograph request. There must be many thousands of pictures, photos and model cars with her signature. Without fail, she had a kind word or quip on hand – her quick wit was both loved and feared. She laughed a lot and made people laugh too – neither friend nor foe was spared. “He looks like he’s off the rails again today …” she’d call out when a teammate took an unintended slide along the guardrails. “He’s so slow I could’ve done an oil painting of him,” was one of her waggish catchphrases when a competitor was not fast enough, whom she watched from the saddle of her horse somewhere along the track.

A love of animals and nature was another side of the multi-faceted Sabine Schmitz. She had also flown helicopters, trained as a wine sommelier and ran hotels. On her small farm near the Nürburgring, she felt as comfortable in wellies as she did in racing boots. She easily switched from the racing car cockpit to the tractor and preferred one horsepower to the 500+hp of the ‘world’s fastest Frikadelle (meatball)’. This is what her fans called her 911 GT3 R, on which her partner Klaus Abbelen advertised the meat products they produced. It seemed only logical that they should name the jointly-founded Porsche customer team, Frikadelli Racing.

Internationally, Sabine Schmitz gave motor racing at the Nürburgring a face. She was the best ambassador for the Nordschleife and the Eifel region. She was the soul of the Endurance Series and the heart of the 24-hour race on the Eifel circuit. Fans and motorsport aficionados have long expressed the wish to dedicate a passage of the Nordschleife to her. In this way, she will remain a part of her beloved racetrack forever and live on in the memories of her many followers.