All eleven teams with their regular drivers took part in the test days. The TAG Heuer Porsche Formula E Team used the five test sessions on the 3.376-kilometre circuit as a final shakedown for the Porsche 99X Electric. Engineers at Weissach updated the software in Porsche’s first electric racing car, while the powertrain remains the same. Due to the pandemic, the FIA decided that, for financial reasons, only one drive system can be homologated for seasons 7 and 8.

At the last test before the season kicks off in Diriyah, André Lotterer clocked up a total of 610 test kilometres in the No. 36 Porsche 99X Electric. His teammate Pascal Wehrlein covered 711 kilometres at the wheel of his car sporting the new No. 94 starting number.

One of the key points in the extensive test programme was to simulate the new qualifying format for season 8. From now on, the 22 drivers will initially head out onto the track in two groups. They have 220 kW of power available and can turn any number of laps in twelve minutes. The four fastest in each group move into the quarter-finals, with the others allocated the grid spots 9 to 22. From the quarter-finals, drivers pit themselves against each other two at a time in a duel-stage knockout. The winner of Group 1 competes against the fourth in Group 2; the second in Group 1 competes against the third in Group 2, and so on. In the semi-finals and the finals, the drivers have 250 kW at their disposal. The winner of the final session starts from pole position and, as in the past, earns three championship points.

Comments after the test drives in Valencia

Amiel Lindesay (Head of Operations Formula E): “This test served as a dress rehearsal for the first race in Diriyah. This is the third time we’ve prepared for the start of the season in Valencia and the team is pleased to be back at the racetrack. Everything ran smoothly. We managed to build on the progress we made last season and tick off our test programme as planned. This included a simulation of the new qualifying format. We welcome this new regulation. It’s fairer and ensures that ultimately the fastest driver starts from pole position. We’re taking a mountain of data and new insights home with us from Valencia, which we’ll analyse closely. Then the new season can begin. The team, drivers and the Porsche 99X Electric are ready. We’ll line up on the grid in Saudia Arabia very well prepared.”

André Lotterer (Porsche 99X Electric #36): “It was a good test. For us drivers and the team, it was really important to finally return to a real racetrack after our time in the simulator. This was our one and only chance to test before the season kicks off in Diriyah, which made every kilometre in Valencia all the more important. I see the new qualifying and race formats as a positive step. They make Formula E even more interesting for the fans. With our engineers, we’ve made some improvements in the software and the setup for season 8. We’ve now managed to test these extensively on the racetrack. It confirmed that we’re on the right track.”

Pascal Wehrlein (Porsche 99X Electric #94): “I enjoyed being back in the car after the long break. For season 8, we expect several innovations in both the qualifying and the race. It was good that we got the chance to practice here. I think the changes definitely make sense. They’re much simpler and clearer for the drivers and the spectators. We had an extensive test programme to get through in Valencia and, in the process, we collected a lot of data. We’ll now take a good look at that information over the next few weeks, draw the right conclusions and make our car even faster before the first race. We’re ready for Diriyah.”

Film footage from the test days in Valencia is available on the Porsche press database from 6 December. A new “Inside E” podcast with Thomas Laudenbach, Vice President Porsche Motorsport, will be published on 8 December. Further information about the TAG Heuer Porsche Formula E Team will be posted live on the Twitter channel @PorscheFormulaE. All relevant information about the team, the drivers and the racing series can be found in the Porsche Formula E Media Guide. The content will be regularly updated over the course of the season and expanded with additional interactive material. 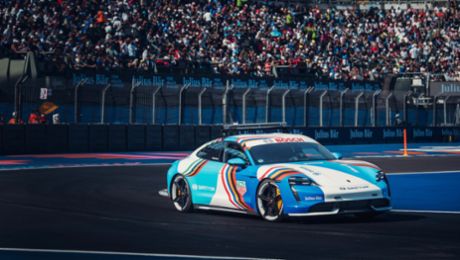 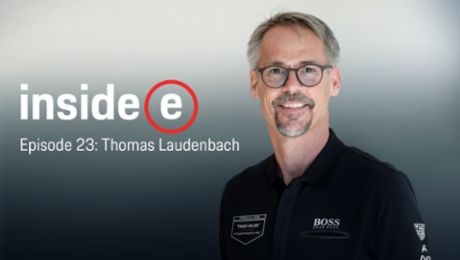 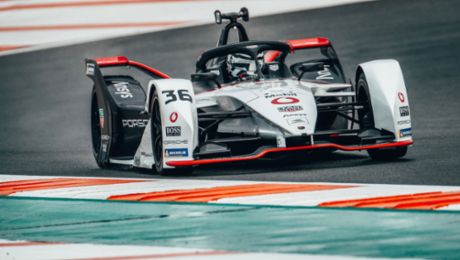 At the test days in Spain, the Formula E Team launches the final stage of preparations. 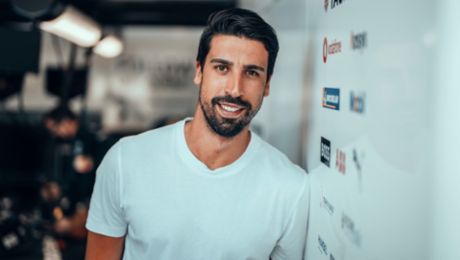 In the latest “Inside E” podcast, Sami Khedira talks about the exciting task of supporting talented youngsters.