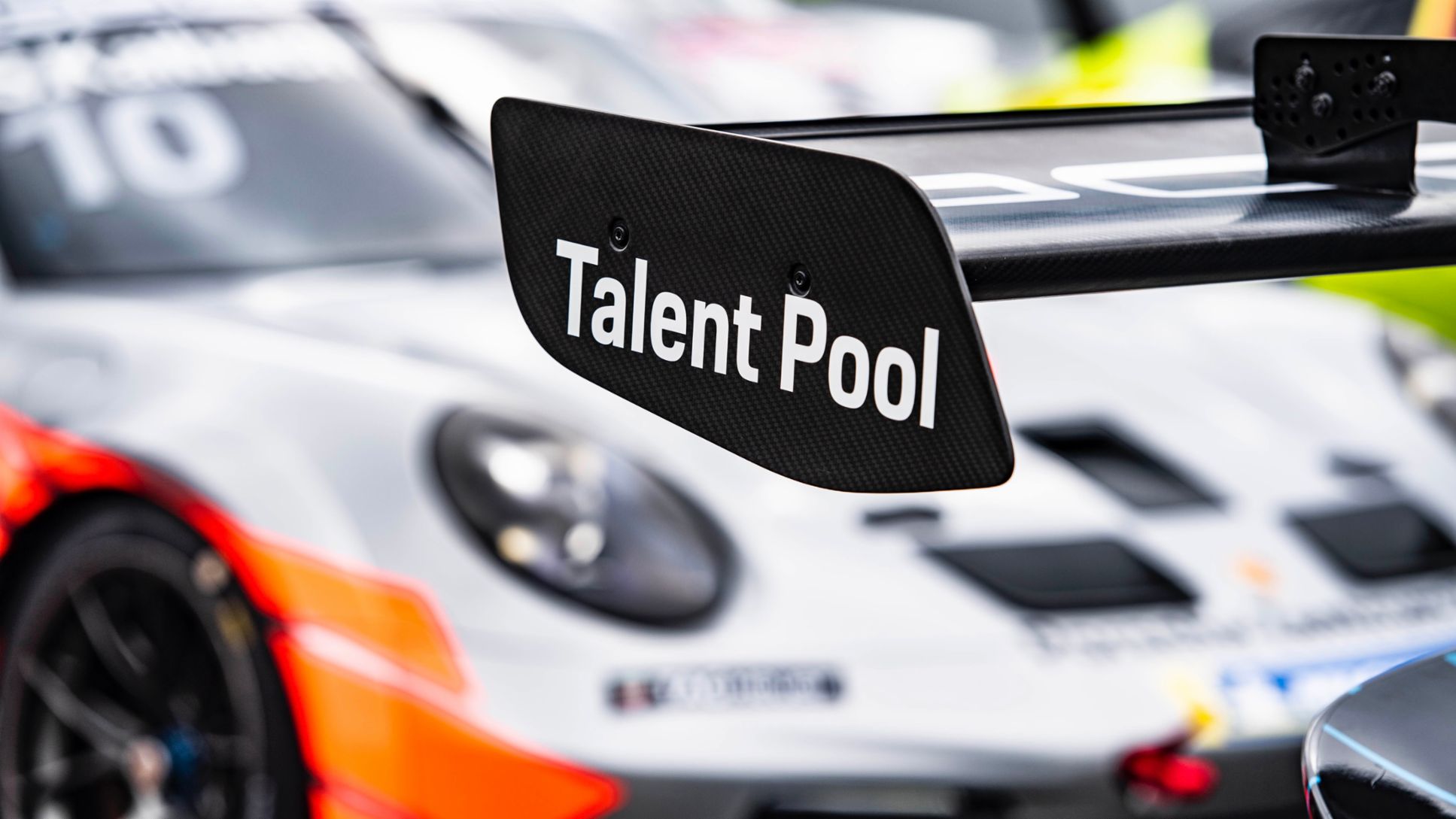 In the past, the Porsche Carrera Cup Deutschland has enabled many drivers to make the step up to professional racing. Thanks to the now even more extensive promotion of young talent, the one-make cup is also regarded as a decisive career springboard today.

Kévin Estre – winner of the 24 Hours of Spa, GT winner of the 24 Hours of Le Mans and World Endurance Champion – is one of the world’s top racing drivers. What’s more, this year the Porsche works driver from France scored an overall victory at the Nürburgring 24-hour race. Estre won the world-famous classic in Germany’s Eifel region at the wheel of the Porsche 911 GT3 R with Michael Christensen from Denmark and Italy’s Matteo Cairoli.

What else does this trio have in common? All three once showcased their talent in the Porsche Carrera Cup Deutschland. It was via this one-make cup that they climbed the ladder to become professional racers. Germany’s Carrera Cup continues its success story as a career launching pad to this day.

Breathtaking duels. Gripping overtaking manoeuvres. Adrenaline rush to the last corner. For more than 30 years, this series has epitomised thrilling motorsport and has evolved into an exceptional training ground for international GT racing. The recipe for success: control tyres from Michelin, limited setup possibilities and the latest generation Porsche 911 GT3 Cup competition car guarantee absolute equality of chances for all. Moreover, since the 2018 season, the one-make cup has intensified its commitment to supporting talented youngsters: in the Porsche Carrera Cup Deutschland Talent Pool, young drivers receive professional coaching in all key areas. This provides the perfect platform on the way to becoming a professional racing driver.

At the racetracks, the former works driver Wolf Henzler is on hand to mentor the Talent Pool drivers. At each race weekend, Henzler and his protégés discuss the ideal racing line, the optimal braking points and the best overtaking opportunities during a track walk. He also supports the young aspirants with race analyses, personal talks and jogging laps around the racetrack.

The Talent Pool driver Laurin Heinrich is a classic example of how the junior development programme works as a career springboard. Last season, the German won the rookie classification of the Porsche Carrera Cup Deutschland. This season, Heinrich was in contention for the title for much of his second year in the Talent Pool. Driving for the Van Berghe Huber Racing team, he turned heads at round four in Oschersleben. Heinrich took up the race from pole position, vehemently defended his lead and celebrated his first Carrera Cup victory. Beaming with pride, Heinrich then spoke about his success in TV interviews. The television stations Sport1 und ntv provide comprehensive coverage of the German Carrera Cup. Here, drivers learn how to handle being in the spotlight in front of TV cameras.

An attractive racing calendar also assists in opening doors between the Porsche Carrera Cup Deutschland and professional motor racing. The season includes an opening round as support to the FIA World Endurance Championship (WEC), a doubleheader with the DTM, five events as part of the ADAC GT Masters support programme and an event alongside the International GT Open. Works drivers and experienced Porsche customer teams mix and mingle in close proximity to the Carrera Cup paddock. One such team is KÜS Team Bernhard.

The founder Timo Bernhard is regarded as one of the most successful sports car drivers of all time. He is the two-time World Endurance Champion, two-time Le Mans winner and has claimed five overall victories at the Nürburgring 24-hour race. Today, the 2001 Carrera Cup champion still enjoys close ties to the one-make cup. Bernhard shares valuable career tips and gives exclusive insights into a professional racing team in the ADAC GT Master with the Talent Pool drivers.

For many racing drivers, winning the title in the Porsche Carrera Cup Deutschland was a milestone in their careers. Sports car stars such as the Porsche brand ambassadors Bernhard and Jörg Bergmeister launched their impressive careers in the German one-make cup. For titleholders like Dirk Werner, Nick Tandy, Sven Müller, Dennis Olsen, Thomas Preining and Julien Andlauer, the Carrera Cup proved to be a decisive career springboard. The eight Talent Pool drivers also dream of such a successful motorsport career. In the junior squad of the Porsche Carrera Cup Deutschland, these talented youngsters can take an important step this season. 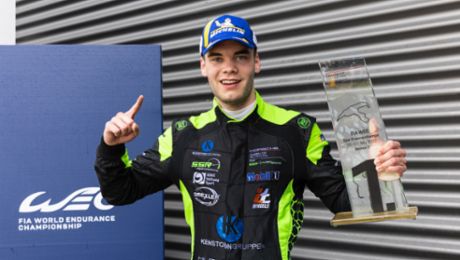 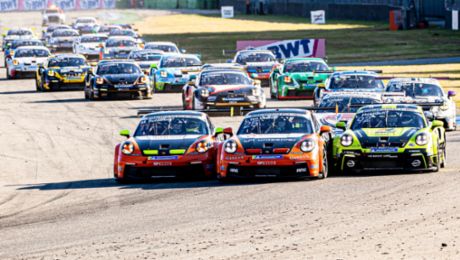 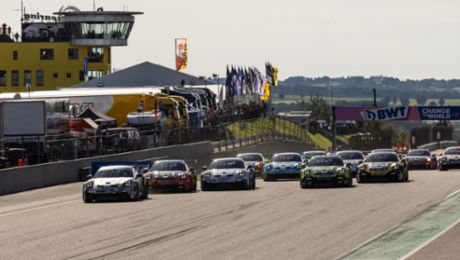