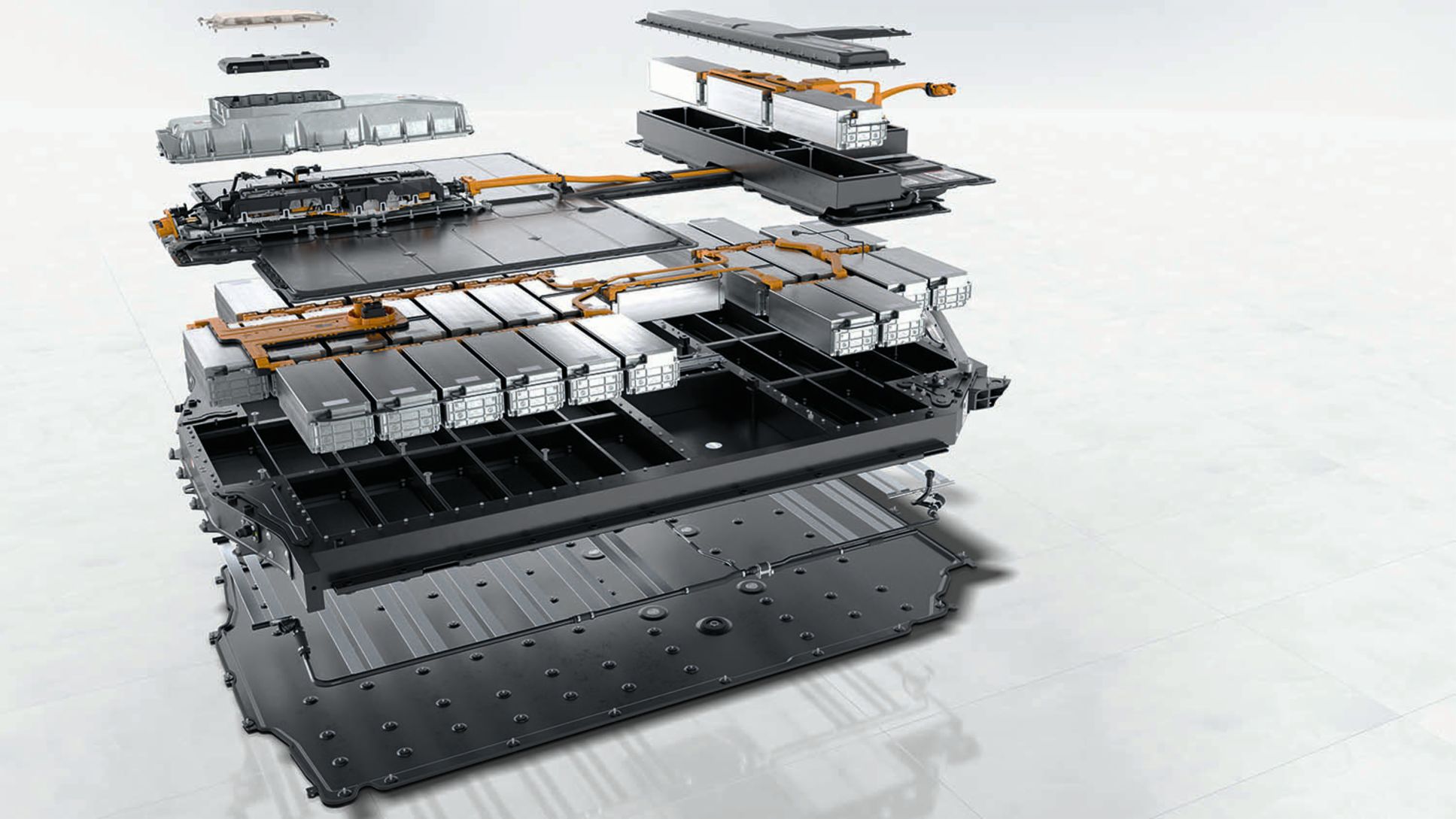 The testers from Auto Bild were impressed. In around 22 minutes, they were able to charge the almost empty battery of a Porsche Taycan to 80 percent. A record that is almost obligatory in this segment because sporty drivers are not the types to wait for a charge. “For Porsche in particular, high charging performance plays a major role,” says Dr. Stefanie Edelberg, Engineer at Porsche Engineer-ing. “Sporty driving drains the battery faster, and the customer doesn't want to have to wait an hour to fully recharge it.”

Drivers no longer have to. “Battery technology for cars works well in practice, including in terms of perfor-mance, charging and service life,” says Dirk Uwe Sauer, Professor of Electrochemical Energy Conversion and Storage System Technology at RWTH Aachen University.

“However, several extreme properties can-not be combined. You can't have everything at once.” Ultra-fast charging combined with a high energy density? That's not possible because the service life would suffer from this combination. Sauer is therefore skeptical about media reports about supposed miracle batteries, because usually a single parameter is optimized at the expense of others. “There will be no universal all-rounder battery,” he says.

Energy storage systems for electric vehicles are getting better all the time, but lithium-ion cells will remain the technology of choice for the foreseeable future. This is because the high reactivity of lithium  and the high energy density of the cells make it possible to store a relatively large amount of energy in a small space. They also boast good storability and robustness, which enables them to withstand around 2,000 charging cycles in an all-electric vehicle at a high depth of discharge before losing their utility. However, developers believe that they could last several times as long. Furthermore, lithium batteries do not have the memory effect that nickel-cadmium batteries suffer from. In the case of frequent par-tial discharges, they “remember” the typical energy requirement and adjust their capacity to it.

In addition, lithium-ion technology still offers a wealth of development opportunities in terms of cell chemistry and cell design. Energy density, for example, could benefit from this: according to researchers at the Fraunhofer Institute for Systems and Innovation Research (ISI), energy density has almost doubled over the past ten years in large-format lithium-ion battery cells for electric cars – to an average specific energy  of 250 Wh/kg (or 500 Wh/l energy density). By 2030, energy density could increase by a factor of two.

Other properties of lithium-ion cells can also be further improved. “The biggest challenges are fast charging and safety,” reports Prof. Dr. Stefano Passerini, Director of the Battery Electrochemistry Research Group at the Helmholtz Institute Ulm. “A quick charge to 80 percent in 15 minutes or less would make electric vehicles even more attractive. However, the safety requirements also rise in con-junction with rapid charging.”

Rapid charging is a challenge because lithium atoms migrate into the carbon crystals of the electrode during charging. When discharging, they are retrieved from there. “The faster the battery is charged, the greater the risk that the charge carriers will stick to the surface of the crystals, forming a metallic layer and thus damaging the cell,” explains Sauer. So capacity and power diminish with each rapid charge. In extreme cases a short circuit can occur. “Unfortunately, it is not easy to say what ‘too fast’ means exactly,” says Sauer. “Intensive research into ways of detecting this in the laboratory, and above all in the vehicle itself, is under way in many places."

Other technological hurdles also await the developers: The charging plugs, charging cables, and the vehicle infrastructure must also be designed for the high currents. The motto here is “amperes are heavy.” In other words: high currents mean thick cables and therefore weight. However, this can be compensated through a higher-voltage battery system. That's why the Porsche Taycan was equipped with a high-voltage battery system of 800 volts instead of the 400 volts common in electric cars.

In order to compare the charging times of electric vehicles with different battery capacities, the C-rate (C stands for “capacity”) is a useful metric. It indicates the ratio of the charge or discharge current of an electrochemical cell in amperes (A) to the capacity of the cell in ampere-hours (Ah). A value of 1 means that complete recharging takes one hour. 2 stands for half an hour, 3 for 20 minutes.

The developers are aiming for a C rate of 10, which means about six minutes of charging time—similar to refueling. We are still a long way from that today. But in the FastCharge research project, Siemens, Phoenix Contact E-Mobility, and Porsche, among others, are working on improving the energy supply system for electric vehicles. The industrial consortium has already made great progress. A Porsche research vehicle with a battery capacity of around 90 kWh achieved a charging power of 400 kW, enabling charging times of less than three minutes for the first 100 kilometers of range. A complete charging process from 10 to 80 percent at the ultra-fast charging station took 15 minutes. C rates of 4 to 5 are therefore feasible. “The decisive factor was an innovative cooling system for the battery, the vehicle and the charging system,” Edelberg explains.

The solid state battery is expected to bring progress in terms of fast charging and safety. In this case, a polymer or ceramic is used instead of the liquid electrolyte. Since no liquid is used, the batteries become more compact, which allows their energy density to be increased significantly. At the same time, the cells are less flammable.

“We expect solid-state lithium-ion batteries to reduce safety problems because solid-state electrolytes are less susceptible to fire,” says Passerini. Theoretically, it could also be charged faster. “But the practical feasibility has yet to be  proven,” Passerini concludes.

However, lithium will remain the basis – as well as with another variant, which is currently being intensively studied: lithium-sulfur batteries. In these cells, the cathode consists of a sulfur mesh that completely replaces the conventional grid structure of cobalt, manganese, and nickel. This makes the batteries significantly lighter than conventional energy storage devices. But at the moment they are also significantly more expensive, which is why they may be more suitable as an option for future air taxis. Their durability is still considered problematic.

Other technologies for increasing energy density that are currently being researched and could be launched now or in the years to come include electrode materials made of silicon-carbon composites, nickel-rich cathode materials, or high-voltage materials that enable cell voltages of around five volts. “Research in these areas is already closer to practical application,” says Sauer. Many other approaches, he noted however, were still in the field of basic research, such as sodium ions instead of lithium ions or metal-oxygen combinations.

Sauer sees one decisive question for all development avenues: costs. “In the end, the range of a vehicle is not limited by the weight of a battery, but by its price.” According to the consultants at Horváth & Partners, the price of lithium-ion batteries per kWh has fallen from 400 euros in 2013 to 107 euros in 2019, but the price decline will not continue at this pace due to increasing demand. This is mainly due to the raw materials: “Raw materials account for up to 75 percent of the cost of a battery,” says Sauer.

One thing is clear: in the next decade, lithium-ion batteries, with all their further enhancements, will remain the dominant technology. “Progress will be evolutionary, not revolutionary,” says Sauer. “I do not expect any great leaps forward as the limits of the laws of nature are already being probed as we speak.” Which isn’t necessarily a bad thing: “The characteristics of this technology are too good to be replaced by anything else. Electromobility is already working very well with what batteries can deliver today and the potential for further development in the coming years,” emphasizes Sauer. 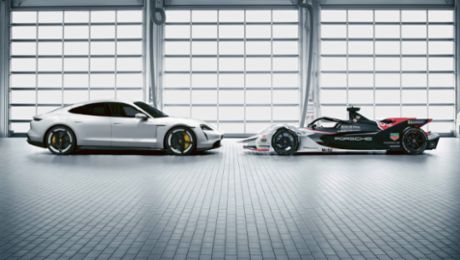