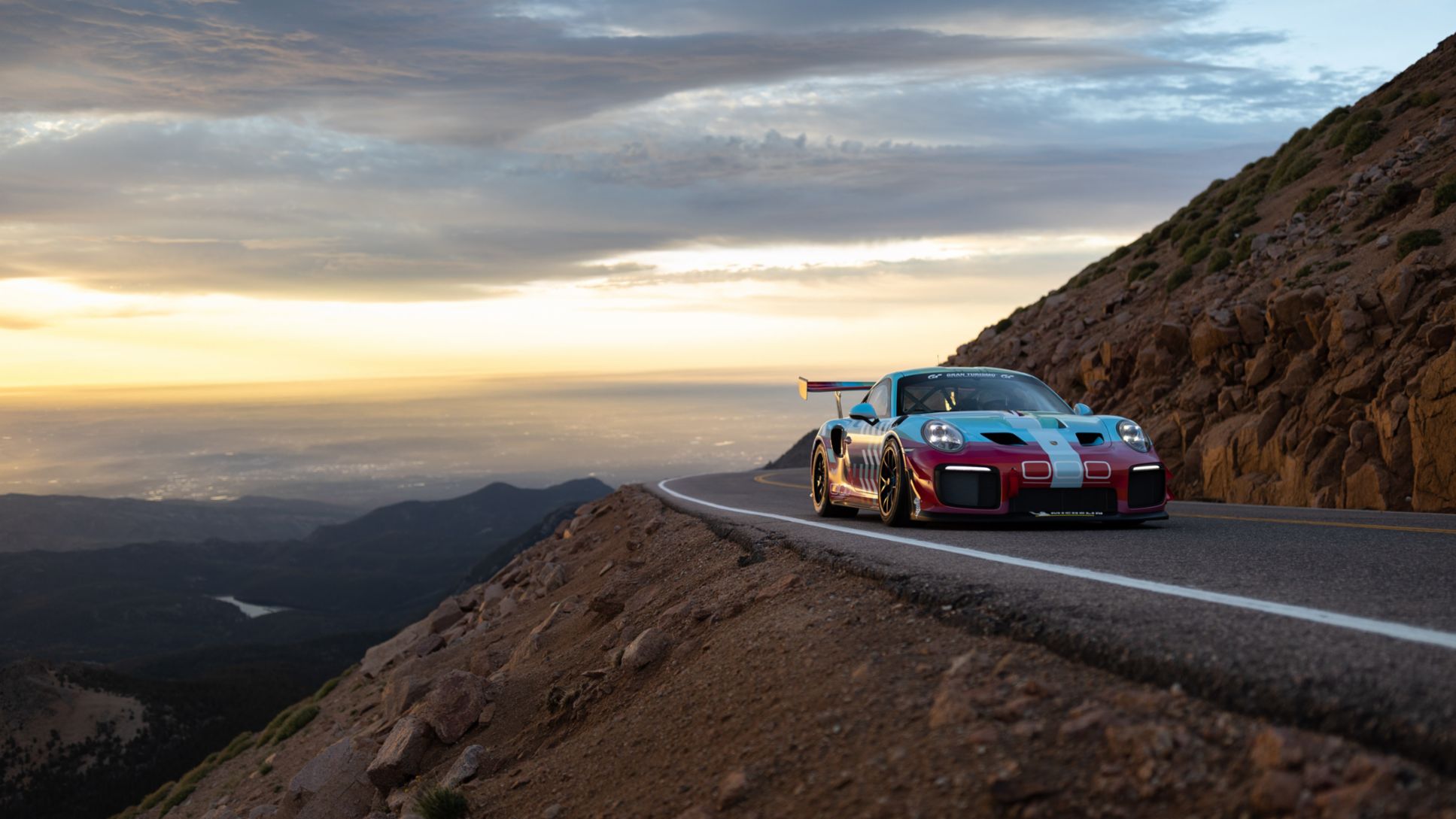 On the final Sunday in August, another chapter in Pikes Peak’s racing history will be written when a 911 art car takes on the 98th International Hill Climb. The entrant in question is a GT2 RS Clubsport, one of two such cars going up against Jeff Zwart’s 935 in the Time Attack class that sees factory standard GT cars compete against one another and the mile-high ascent into Colorado’s upper atmosphere.

The car is the brainchild of Pete Stout and Alex Palevsky, founders of ‘000 Magazine’, and the idea was born out of Palevsky’s desire to host a cars and coffee event that celebrated Porsche’s unique history with colour. ‘Rare Shades’ has since gone from strength to strength, appearing around the US and growing in popularity with every passing year. The fifth such event had been scheduled for the summer of 2020 in Toronto, but with coronavirus putting everything on hold, editor Stout and his team began to explore the alternatives.

“The car was effectively a message to our readers and our followers,” Stout explains, “that Rare Shades will live on. That was what we wanted to convey, and initially it was just an editorial project for a photo shoot.”

The challenge of coming up with a design was given to ‘000’’s creative director Justin Page, who created an ingenious 3D vision that celebrates numerous beloved Porsche colours alongside countless details from the magazine’s own iconography.

“Justin’s design is way out there,” Stout admits, “but that’s what it should be. The colours reference many of Porsche’s iconic colours, such as Rubystone, Mint Green, Mexico Blue and Signal Yellow. And the ‘zero’ from our logo informs the entire design. That’s what you see curving around the back, in white in the rear tail light or up from the front right wheel. And the stripes coming out of the hood reference the spines of ‘000’. There’s a lot to look out for!”

The car was a bold and imaginative statement, but at the time of its inception, it was also just a visual exercise for a future issue of the magazine. It was only after a light-hearted exchange with a Pikes Peak champion that the possibility of actually competing arose.

“I asked David Donner if he was racing this year,” Stout says “and he said not unless you want to loan me the GT2 RS. And when all the laughter had died down I quietly asked him exactly what would that take.”

David Donner is a six-time winner of Pikes Peak, taking the overall title three times in open-wheel Formula cars, and is the last American to win the event outright. With such a name onboard, Stout reached out to the car’s sponsors, Michelin, Chopard, Champion and Meguiars and found to his astonishment that they were all prepared to take the next step. “We went from zero to ‘000’ race car programme in the space of two weeks,” says Stout. And it was only down to a provision in the rules that allows last minute entries from previous winners that the organisers at Pikes Peak were able to accept the car.

Suddenly, a semi-serious suggestion has become full-bore reality, with a just three days to go until the tiny independent team takes on one of the greatest challenges in motorsport. Fortunately, in Donner they have a lifetime of experience to fall back on. The unflappable local hero has previously raced a 997 Cup car, a production Turbo S and a 997 GT3R at Pikes Peak and concedes that the Clubsport, with its 700 PS, traction control and ABS systems allowable, is the ideal car for the event.

Details of the 911 GT2 RS Clubsport

“I’ve won on the gravel and both partially and fully paved roads,” Donner says, “so I’ve seen it evolve and know the tricks. It’s a little bumpy now, so you have to seek out the smooth bits, even if they’re not on the racing line.”

Donner also knows how important a good qualifying time is, having learned over the years that exactly when you start on race day can prove decisive. Summer in Colorado often means rain in the early afternoon, he explains, so the faster cars are likely have completed their runs in the dry.

With such unparalleled expertise behind the wheel, there are high hopes for the ‘000’ GT2 RS, but for Stout and his colleagues it has always been about the story as much as the chance to win.

“It really started as an art project,” Stout says, “and it turned into something that we hope gives back – especially this year, when motorsport could use that. The world needs art, even more so in these times. We figured we can’t write the usual stories, so let’s write different ones.” 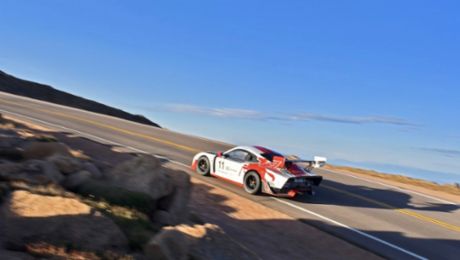 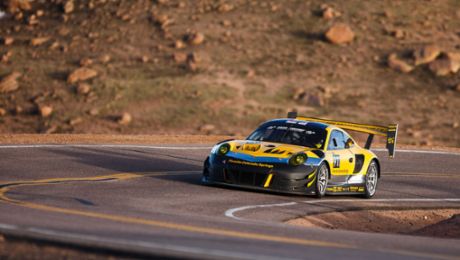