Professor Lynne Pearce has spent more than 20 years writing about driving. Her headline-hitting research is based on one simple question: what do we think about when we’re behind the wheel?

The door to the Cayenne closes with a satisfying sound and Lynne Pearce exhales slowly. Over the decades, the modern car has become something of a sanctuary for the academic: a place to muse, meditate and problem solve. A place to feel safe, and find inspiration.

She’s spent her morning working on lectures for students at Lancaster University, where she has worked for 30 years and is currently Professor of Literary and Cultural Theory in the Department of English Literature and Creative Writing. Her mind is buzzing. Or at least it was.

“Whenever I get into the car I feel a sense of relief." Lynne Pearce

“Whenever I get into the car I feel a sense of relief. My body relaxes, and I look forward to the uninterrupted time I have to think,” says Pearce, as she engages drive and creeps slowly down the steep driveway from her Victorian villa.

A special connection to the car

The daughter of a mechanic and a garage owner, she grew up surrounded by cars in Cornwall but has lived in north west Scotland for the past 22 years. In that time, she has taken the 800-mile round trip between her late parents’ home, and her base two hours north of Glasgow on a regular basis.

In 2000 it prompted her to publish her first essay on motoring – “Driving North/Driving South” – and that has since been followed by “Drivetime: Literary Excursions in Automotive Consciousness”, described by colleagues in the field as a “landmark” book.

In it, she writes that the long journeys she has undertaken have “… instilled in me a love and need for driving as a valuable (indeed, exceptional) thought-space: a longed-for, ring-fenced slice of time which nothing would intrude upon or interrupt. Many of the things I had to think about in both my professional and personal life were unravelled, sometimes resolved, in the course of my drives ...”. And it was those feelings – that special connection to the car – that prompted her to delve deeper into the psychological benefits of time spent behind the wheel.

Back in the Cayenne Turbo S E-Hybrid, and after a spirited drive along undulating minor roads, Pearce turns on to the A82 – a road she considers to be a “lifeline for remote Scottish communities, as well as possibly my favourite road in the UK”. With electric mode engaged, the pair begin effortlessly clocking up kilometres surrounded by Scotland’s superlative scenery.

“When I was working on my book, and told people that I was interested in what we think about while we’re driving, I was often met with incredulity because there is this misconception that the only thing we can possibly think about when we’re in a car is driving itself. However, since the early days of motoring, psychologists have been interested in the fact that driving – as well as being one of the most complex, everyday tasks – is also one that frees up parts of the brain to think productively,” she explains.

“It’s now widely understood that the reason we can safely day-dream, work through our thoughts, or have a conversation at the wheel is because the brain’s central executive remains alert throughout – and it will return our attention to the road in an instant as and when needed. This is why it’s much more difficult to think about things other than driving when in bad weather conditions, in the dark, or when driving a different car.”

Having spent as many long hours with her head buried in 20th century literary texts and motoring journalism as she has spent on British motorways, Pearce began to note the wide range of cognitive and emotional states prompted by time in the car.

“From the exhilaration and euphoria associated with speed, through the day-dreaming and problem solving promoted by cruising, to the intimate communion we can achieve with the natural world when we’re driving through a beautiful landscape with the windows down, I discovered that different types of driving inspire and promote different kinds of thought,” she says.

"I discovered that different types of driving inspire and promote different kinds of thought.” Lynne Pearce

“For me, American literature focusing on driving as cruising is especially illuminating in this respect, with Joan Didion’s 1971 novel “Play It As It Lays” demonstrating how driving the L.A. freeways can help a person suffering from mental distress. By pre-occupying one part of the brain, driving helps to calm us down and think more calmly about our problems. This is why for many of us, myself included, driving is such a great ‘time-out’ for problem solving.”

As well as her role in the English department at Lancaster University, Pearce is Director for the Humanities for CeMoRe – the Centre for Mobilities Research – which has been researching automobility and sustainability since 2003. As such, electric and hybrid vehicles are of particular interest – and so is driving slowly.

The pleasure of slowing down

”Driving fast can be exhilarating and mood-changing, however, I feel strongly that not enough is made these days of the pleasures we can all experience from driving slowly. One of the greatest miracles that motoring has given us is the ability to access and explore out-of-the-way landscapes that would otherwise be out of bounds, and to connect with the world through the windscreen as we gently motor through it.

“I love to use the minor roads close to where I live and driving slowly enables me to bond much more closely with the environment. The silence and sensation of driving in electric mode really enhances this sort of experience and it’s interesting that the first users of electric vehicles raved about exactly this at the beginning of the 20th century.

For me, motoring sustainability isn’t just about the quest for a carbon-free future: I think one of the most important principles is that we come to value our vehicles a little more, to preserve them for longer. Vehicles as superbly engineered as a Porsche are built to last, and I like to think of them having a long life.”

Turning on to a deserted, single-track road, Pearce opens her window and gently brings the gliding Cayenne to a stop. A few feet away a Highland cow lifts its head and the two make eye contact as it chews, rhythmically. The professor smiles. Far from being driven to distraction, this motorist has found her calm. 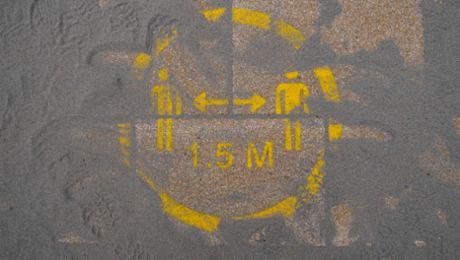 The freedom of being nudged in the right direction: the nudging method

Porsche spoke with Cass Sunstein and Lucia Reisch about the nudging method and its role at the sports car manufacturer.

Fuel consumption/Emissions*
Fuel consumption* combined 2.6 – 2.5 l/100km
CO2 emissions* combined 60 – 58 g/km
Electric power consumptions* combined 22.4 – 22.0 kwh/100km
Porsche uses cookies to optimise and improve the website, as well as enable the availability of certain functions. By continuing to use this website, you agree to our use of cookies. For further information, please click  here