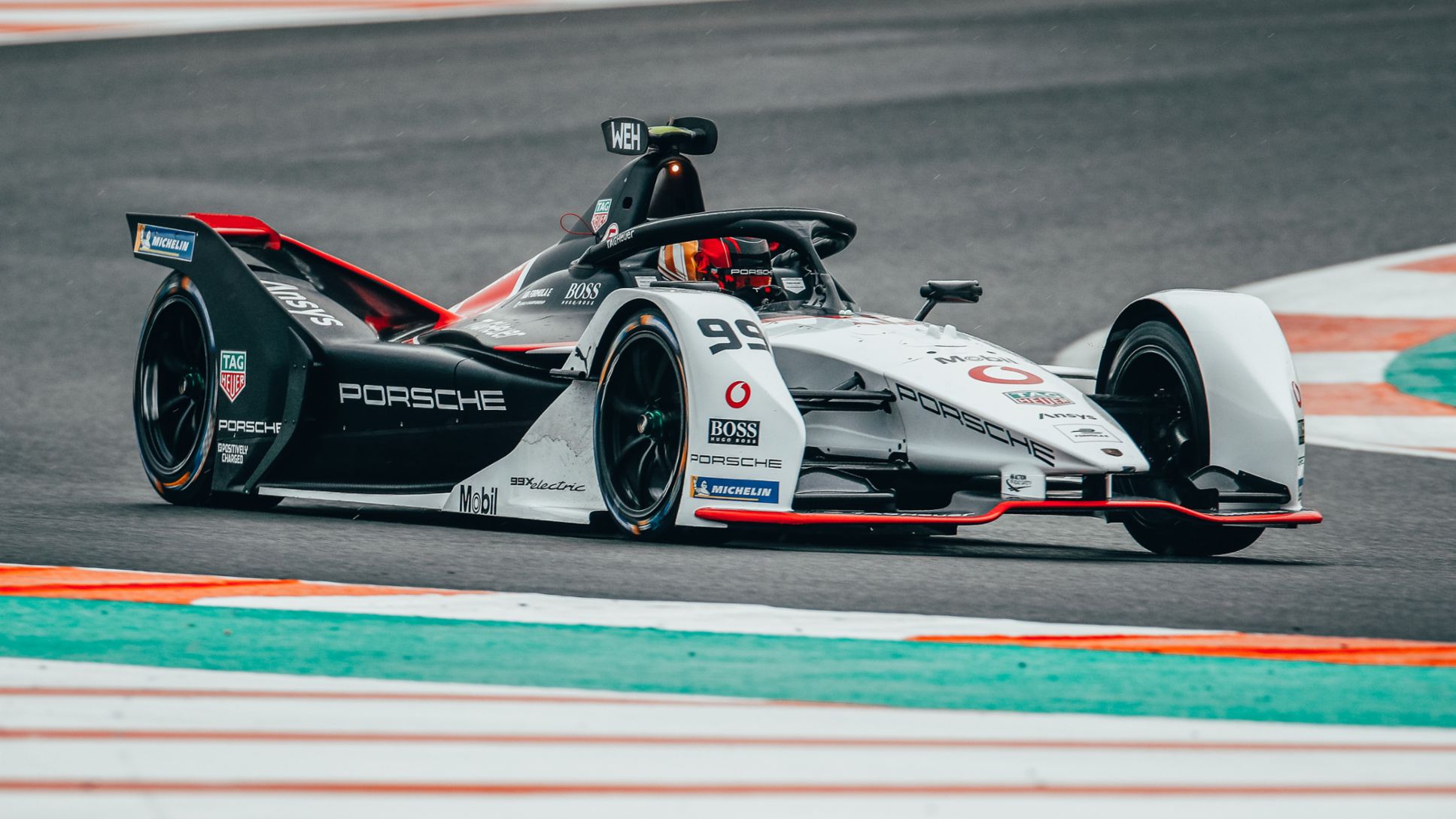 Porsche will be well represented on major international stages of the motor racing scene in the 2021 season. The management announced the plans for the coming year on the occasion of tonight’s first virtual Night of Champions.

In 2020, the traditional event, which in recent years has been held at Weissach in the first half of December, was held in digital form for the first time due to the ongoing coronavirus pandemic. In this year’s motorsport season, Porsche yielded many exclamation marks, for example victory at the Spa-Francorchamps 24 Hours as well as major successes in the final rounds of the FIA World Endurance Championship WEC and the IMSA WeatherTech SportsCar Championship. In his online welcome address, the Chairman of the Supervisory Board at Porsche AG, Dr Wolfgang Porsche, underlined the tremendous sporting spirit within the company and the “pulling together when things get difficult”. This has been particularly evident in the 2020 crisis year.

“We’re very pleased that today we can make a clear statement about our continued participation in the ABB FIA Formula E,” says Fritz Enzinger, Vice President Motorsport. “We are completely won over by the outstanding stage and the unique concept. We use the fully-electric single-seater series for the systematic development work and expansion of our skills in the field of battery-electric drive. We want to move the championship forward together with the FIA/FEO and the teams in the years ahead.”

The TAG Heuer Porsche Formula E-Team heads into the upcoming season with big goals. After a successful debut year, the experienced engineers in Weissach have extensively upgraded the drivetrain and worked out new ways to define the operating strategy. The drivers of the Porsche 99X Electric racers for the season are works drivers André Lotterer (Germany, No. 36) and Pascal Wehrlein (Germany, No. 99). The two Swiss drivers Simona De Silvestro and Neel Jani are available to step in if required. The new season kicks off in mid-January with two races in the Chilean capital Santiago.

In the World Endurance Championship (FIA WEC), Porsche will continue to field two works-entered Porsche 911 RSR in the 2021 season. The two ca. 515 hp vehicles will tackle all six races under the operations team Manthey-Racing and with a slightly different crew. Gianmaria Bruni from Italy and the Austrian Richard Lietz again share the No. 91 car. Joining Frenchman Kévin Estre in the No. 92 sister car is the 2016 WEC champion Neel Jani. The first race of the new season takes place in March at Sebring (USA). On 12/13 June 2021, the two Porsche 911 RSR then will tackle the season highlight at the 24 Hours of Le Mans (France).

Despite coronavirus pandemic, only minor changes to the driver line-up

The pulling together of the Porsche family in times of crisis quoted by Dr Wolfgang Porsche underlines the driver line-up for the 2021 motorsport season. Porsche heads into the new year with a squad of 14 works drivers, one young professional and a Porsche junior. In addition to the Formula E driver Pascal Wehrlein, Austria’s Thomas Preining joins the works driver contingent of the Stuttgart sports car manufacturer. The New Zealander Earl Bamber, Nick Tandy from Great Britain, Patrick Pilet from France, Michael Christensen (Denmark) and the two Germans Sven Müller and Dirk Werner are leaving the official works driver squad. However, they still also have the opportunity to represent Porsche at races as drivers - including in the Porsche 911 GT3 R. The Frenchman Julien Andlauer continues as the Porsche Young Professional with Ayhancan Güven from Turkey completing his second season as a Porsche Junior. Jaxon Evans from New Zealand has finished his junior programme and will race for customer teams in the 911 RSR, among others. Due to the ongoing Covid-19 travel restrictions, Porsche was unable to run its traditional junior selection process in late autumn of this year. Consequently, there is no second Porsche Junior for 2021.

Most of the ten new Porsche 911 RSR that were delivered to customers a few weeks ago will be fielded in the GTE-Am class of the FIA WEC and in the European Le Mans Series (ELMS) for the 2021 season. Hollywood actor Michael Fassbender will once again stand in the limelight. For the German-Irishman, 2021 marks the second season in the long-distance series at the wheel of a 911 RSR run by Dempsey Proton Racing. His aim is to systematically prepare for a potential start at the Le Mans 24-hour race.

Porsche also supports a number of customer teams who campaign the 500+hp 911 GT3 R on the world stage. Earl Bamber and the works drivers Laurens Vanthoor (Belgium) and Patrick Long from the USA will compete for customer teams in the GTD class of the IMSA WeatherTech SportsCar Championship. In the GT World Challenge Europe, several Porsche 911 GT3 R take on the competition with vehicles from twelve other manufacturers. Earl Bamber, the Dane Michael Christensen and Frenchman Frédéric Makowiecki have been designated as drivers in the spectacular GT3 series. Almost all drivers in the entire squad will contest the 24-hour race on the Nürburgring-Nordschleife. A large contingent of 911 GT3 R will tackle the Eifel classic on the first weekend of June, 2021. Customers will also take on the German ADAC GT Masters. It has not yet been determined whether customer teams will field the popular and successful Porsche 911 GT3 R in the DTM.

Porsche presents the new 911 GT3 Cup for the 2021 season. The vehicle is based on the 992 generation of the iconic 911 sports car. Porsche takes a new approach with the distribution of the 510 hp model: for the first time, a brand-new Cup car will not only be debuted in the international Porsche Mobil 1 Supercup run as support to Formula 1. The most recent version of the world’s best-selling racing vehicle will at the same time also be entered by customer teams in the national Carrera Cups in Germany, France, Asia and Benelux and for the first time in North America. The new Porsche 911 GT3 Cup is already designed for the perspective use of environmentally friendly synthetic fuels.

The revered Porsche Cup has been presented annually to the most successful private driver since 1970. In 2020, the trophy goes to Germany’s Robert Renauer. On the occasion of the digital Night of Champions, Oliver Blume, Chairman of the Executive Board, Porsche AG, acknowledged the success of the 35-year-old from Dachau at the wheel of a Porsche 911 GT3 R in the ADAC GT Masters and the Creventic Series. This is the second time Renauer has been awarded the coveted trophy after 2016. The Bavarian will also receive a new Porsche 911. The award for successful amateur drivers, which celebrates its 51st anniversary this year, is based on an idea of Ferry Porsche.

Britain’s Sebastian Job was honoured for the winning the Porsche TAG Heuer Esports Supercup. The 20-year-old from the Red Bull Racing Esports Team beat last year’s champion Joshua Rogers (Australia) in an exciting and spectacular online racing season. Job, who has now turned his hobby sim racing into a profession, now tackles his third season of the racing series held on the iRacing platform as the defending champion. The 2021 Porsche TAG Heuer Esports Supercup takes off on 9 January on the virtual version of the Brazilian Formula 1 circuit in Interlagos. 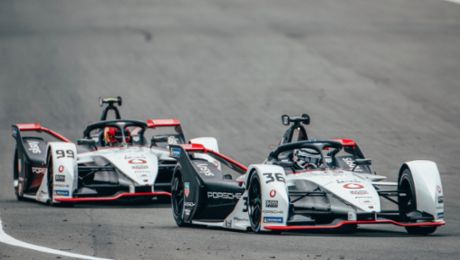 The Formula E Team is well equipped for its second season

The TAG Heuer Porsche Formula E Team has been at the Circuit Ricardo Tormo, where it completed its final test.