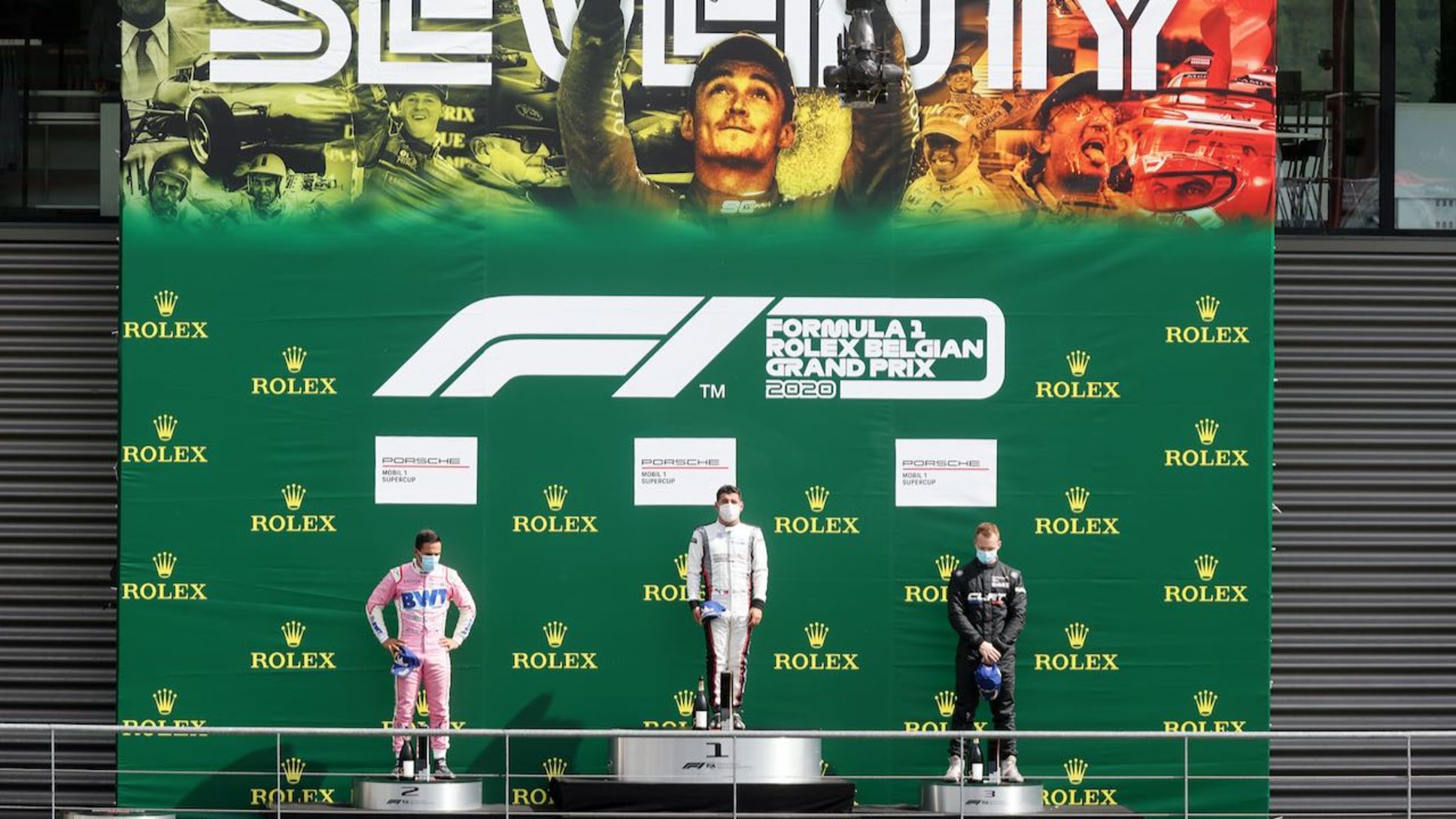 Porsche Junior Ayhancan Güven scored his second win of the season in the Porsche Mobil 1 Supercup at Spa-Francorchamps. Güven crossed the finish line just 0.6 seconds ahead of Dylan Pereira. Second place was enough for the Luxembourger to move to the top of the leaderboard again in the international one-make cup with the Porsche 911 GT3 Cup.

The Formula 1 circuit in the Ardennes lived up to its reputation as one of the most demanding racetracks in the world. After eleven laps, less than nine seconds separated the top ten drivers in the Porsche Mobil 1 Supercup. “It’s always great to win at Spa,” said a delighted Güven, who had taken up the race from pole position. “Towards the end of the race I experienced minor problems with the balance of the car. Luckily, I was able to fend off Jaxon Evans and then Dylan Pereira.”

The two BWT Lechner Racing drivers put the leader under pressure over many laps. “That was great teamwork between Jaxon and me,” revealed Pereira, who nevertheless made repeated attempts to overtake his teammate. These attacks, however, were in vain – until the second-placed Evans overlooked some dirt on the track while braking at the end of the long Kemmel straight and, with locked-up front wheels, was forced to use emergency exit. “It was lucky that I took a different line than Jaxon in that corner, otherwise I might have been caught out too,” admitted Pereira. He overtook Evans and promptly closed the gap to the leading Güven. “I was faster than Ayhancan, but it wasn’t enough to really attack,” concluded the Luxembourger.

With third place, Florian Latorre scored his best result so far this season. “I’m thrilled for our team, which is new to the Porsche Mobil 1 Supercup. We’ve waited all year for this,” said the Frenchman. Jaxon Evans, the second fastest in qualifying, was not entirely happy with fourth place. “I flat-spotted one tyre when it locked up under braking. My car, of course, didn’t handle as well after that,” explained the Porsche Junior, who then came under pressure from Larry ten Voorde over the last lap. “What a great race, it was such fun,” grinned the Dutchman, despite losing the championship lead. At the flag, he held a 0.7-second advantage over his compatriot Jaap van Lagen (FACH AUTO TECH).

Ayhancan Güven and Jaxon Evans take up round seven of the Porsche Mobil 1 Supercup on Sunday from the first grid row. In qualifying on the Formula 1 racetrack in Spa- Francorchamps, only 19-hundredths of a second separated the two Porsche Juniors.

“After my less than perfect race in Barcelona, I’m thrilled about my second pole position this season. It’s fantastic that Jaxon starts next to me,” said Güven (Turkey/Martinet by Almeras). Evans (New Zealand/BWT Lechner Racing) not only has to hold his ground against the fellow Porsche Junior at the start; directly behind him on the third grid spot sits his teammate Dylan Pereira (Luxembourg). “It’s a good constellation. In the initial phase all three of us will definitely behave sensibly and not obstruct each other,” states Evans.

The championship leader Larry ten Voorde (Netherlands/Team GP Elite) starts from just P6 behind Florian Latorre (France/CLRT) and Leon Köhler (Germany/Lechner Racing Middle East). “It wasn’t optimal,” admitted Ten Voorde, who was less than three-tenths of a second off the top time. “And ‘wasn’t optimal’ in the fierce competition of the Porsche Mobil 1 Supercup means missing out on the first or second grid row.”

Like Ten Voorde, Dylan Pereira has won two rounds so far this season. In the overall classification of the international one-make cup series contested with the Porsche 911 GT3 Cup, only four points separate the leader and his hottest pursuer. Pereira’s chances to reclaim the points lead in the overall standings look good. “It’ll be difficult, but at least I’m ahead of Larry at the start,” said Pereira optimistically.

With a points distribution of 25-20-17-14-12 for the first five drivers of each race, the two Porsche Juniors have little chance of winning the title, with Ayhancan Güven holding 88 points and Jaxon Evans with 82 points. The only way to help their campaign is to secure their respective second win of the season – and for Ten Voorde and Pereira to go home empty-handed. The statistics, however, show that this is unlikely. Ten Voorde concluded the last six races no lower than fourth place, with Pereira finishing each race on sixth or higher.

The seventh and pen-ultimate Porsche Mobil 1 Supercup races kicks off on Sunday (30 August) at 12:30 pm (CEST). Fans can follow the action via internet live stream on F1TV.formula1.com.

This Sunday, Spa-Francorchamps (Belgium) hosts the penultimate round of the Porsche Mobil 1 Supercup 2020. The fight for the title in the international one-make race series with the Porsche 911 GT3 Cup has turned into a duel between Larry ten Voorde (Netherlands/Team GP Elite) and Dylan Pereira (Luxembourg/BWT Lechner Racing).

With two wins each, Ten Voorde (118 points) and Pereira (114) hold a clear lead over the rest of the field. The closest rivals to the leading pair are the two Porsche Juniors Ayhancan Güven (Turkey/Martinet by Alméras, 88 points) and Jaxon Evans (New Zealand/BWT Lechner Racing, 82).

Last year on the storied Belgian Formula 1 circuit, Pereira earned maximum points after securing pole position and victory in the Porsche 911 GT3 Cup. “The Spa-Francorchamps round is something of a home race for me,” the Luxembourger says about the 7.004-kilometre (4.352 miles) racetrack, the longest on the Supercup calendar. “This track is very demanding. Passages like Eau Rouge and Blanchimont require a great deal of courage – and that’s why this circuit is one of my favourites. I’m eager to reclaim the points lead here.”

Ten Voorde also has a special connection to the rollercoaster racetrack in the Ardennes. “I contested my first Supercup race in Spa-Francorchamps in 2016. It’s fantastic to race on this great track next weekend as one of the title aspirants, especially with a team that’s new to the Supercup,” said the delighted Dutchman, who finished fourth in 2019. “I’m obviously under pressure as the points leader, but I like that. It makes me mobilise all my reserves.” 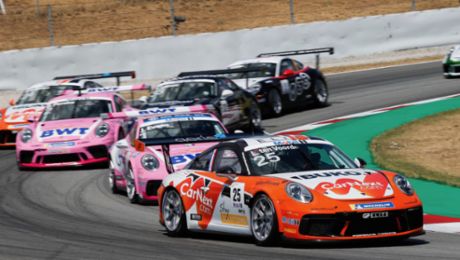 With his second win of the season, the Dutchman replaces Dylan Pereira at the top of the leader board. 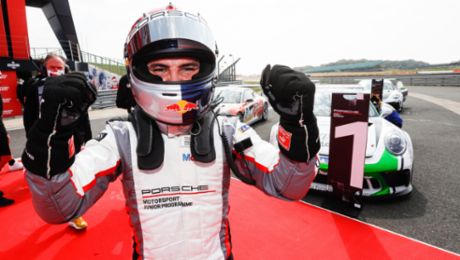 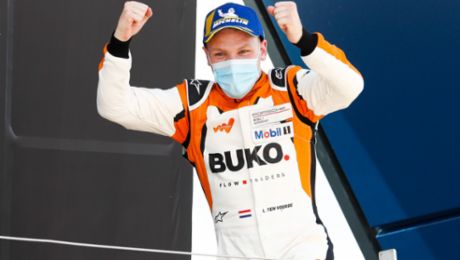 At round four of the season, Larry ten Voorde pulled clear of the field by a whopping twelve seconds. 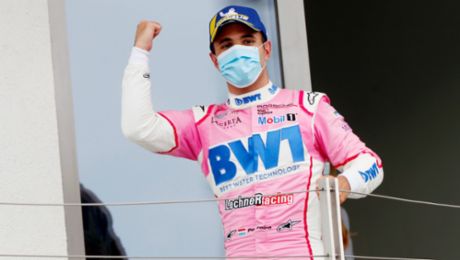