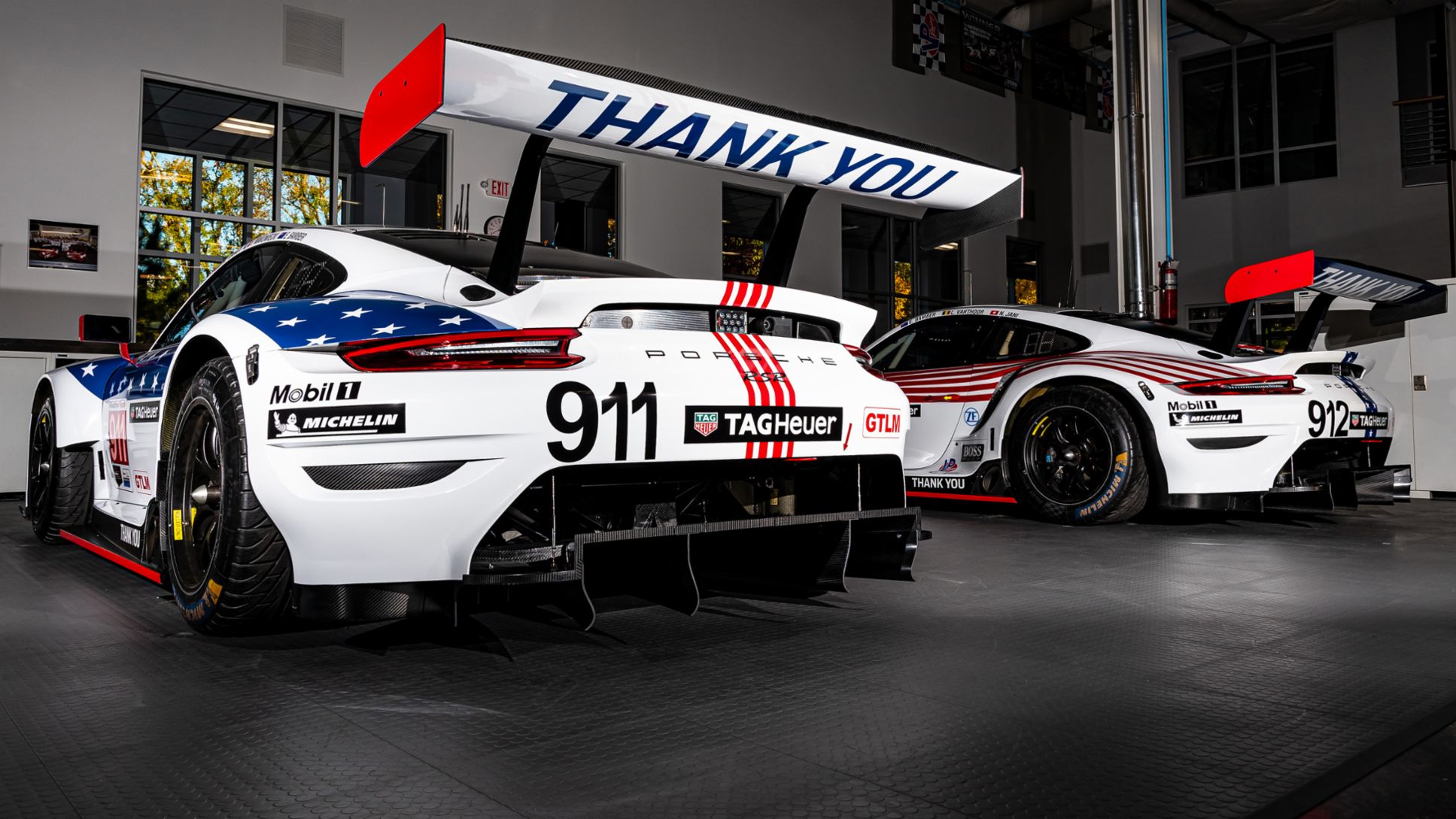 Both works-run Porsche 911 RSR fly the flag at Sebring

The Porsche GT Team campaigns a pair of 911 RSR finished in special liveries to bid farewell to the GTLM-class of the IMSA WeatherTech SportsCar Championship. At the final round of the season on 14 November at Sebring – the last race for the works team in the sports car series – the two vehicles will be decked out in an adaption of the American national flag. Emblazoned in letters on the underside of the rear wing is the sentiment “Thank You”.

“After seven very successful years, we’re wrapping up our works programme in North America with the upcoming race at Sebring. With this special vehicle design, we want to express our connection to this tremendous racing series and also want to say a big thank you to the loyal fans,” stated Pascal Zurlinden, Director Factory Motorsport. “While racing the 911 in the GTLM class, we experienced firsthand the excitement that our brand inspires in the USA. The spectators were always full of passion. They love the 911 RSR and they were unfailingly supportive. We’d also like to thank everyone involved from Porsche AG, Porsche Cars North America, our motor racing colleagues in the USA, the operations team Core Autosport and, last but definitely not least, our loyal partners. The huge successes over the last seven years would not have been possible without their trust and dedicated cooperation.”

“With this special vehicle design, we want to express our connection to this tremendous racing series and also want to say a big thank you to the loyal fans.” Pascal Zurlinden

Both vehicles will contest the 12 Hours of Sebring finished in a very unique interpretation of the “Stars and Stripes”. The No. 911 vehicle driven by this year’s Petit Le Mans winners Frédéric Makowiecki from France, Nick Tandy from Great Britain and New Zealander Earl Bamber features a red and white stripe running down the centreline of the car from front to rear. White stars on a blue background adorn the front hood and side panels. The paintwork on the No. 912 sister car shared by the reigning GTLM champions Bamber from New Zealand and Laurens Vanthoor from Belgium as well as works driver Neel Jani (Switzerland) is the mirror image: red and white stripes on the front and the sides, with white stars on a blue base in the middle.

Special vehicle liveries of historical significance have a long tradition for the IMSA Porsche works squad. In 2018, the successful team fielded a design at Road Atlanta’s Petit Le Mans event that was reminiscent of the Mobil1 livery of the legendary Le Mans-winning 911 GT1 from 1998. Finished in this paintwork, the 911 RSR won that event as well as the 2019 Sebring race flying the famous Brumos look on the occasion of the 50th anniversary of the IMSA series. The Brumos squad from Jacksonville (USA) had been active in the North American motor racing scene for over five decades. Last year, Porsche revived its former collaboration with the beverage giant Coca-Cola at the season finale in Braselton. Displaying the company’s red and white design, both works cars caused ripples of excitement. At the end of that weekend, the Porsche GT Team pocketed all titles in the fiercely competitive GTLM class of the IMSA series. 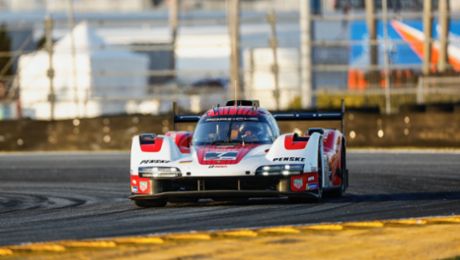